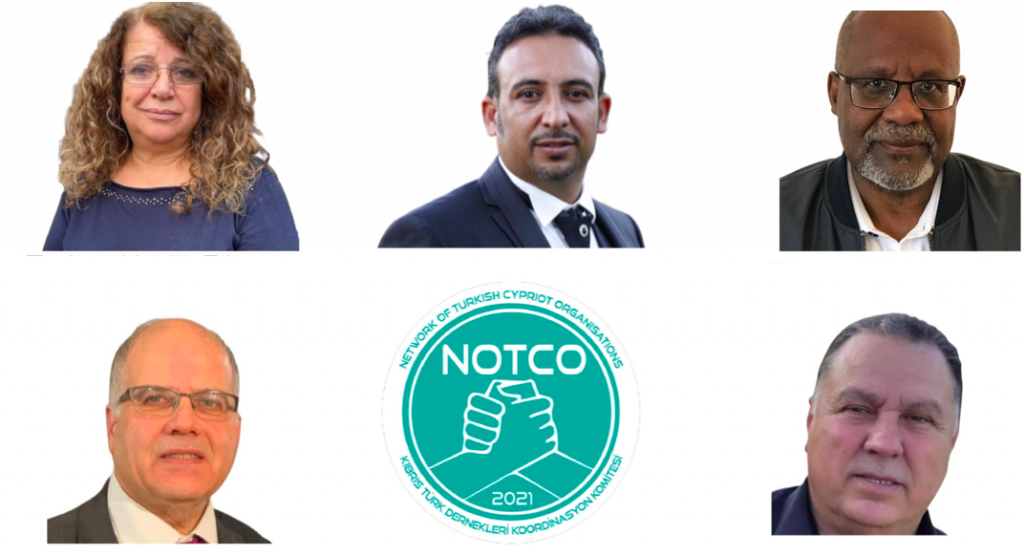 Called the Network Of Turkish Cypriot Organisations, or NOTCO for short, it sets out to “reinforce solidarity among member groups and to provide coordination in their work.”

Wanting to build on what they described as a “positive partnership” and seeing the need for a more co-ordinated response during the pandemic, the five Turkish Cypriot associations decided to extend their work to “many other areas for the welfare and development of our society,” according to their press statement.

“During the pandemic, the harmonious and productive work developed by some TCT member groups with other sister organisations reminded us the importance of coming together as community organisations and working [together] in a coordinated manner.”

The network group stressed it was “not an umbrella group or a parent organisation”, nor was it “a political organisation, but an organisation that aims to produce solutions to the problems of our community living in England”.

The five members will co-ordinate but remain “completely independent” and there will be “no interference in their internal affairs.”

T-VINE spoke to NOTCO’s Secretary Ertanch Hidayettin to find out more about the new organisation.

Q. Why was NOTCO established?

We have taken this positive step and established NOTCO because we believe our achievements will be more effective and longer-lasting, and offer better social benefits through institutionalisation.

TCT has been an important catalyst that laid the foundation for NOTCO.

Q. Who are the founder members of NOTCO?

Some are small organisations that are not based on large membership. The whole idea of this committee is to help each other to develop our groups.

More organisations may wish to join us, although we are not putting anyone under pressure to do so.

Organisations need to apply for membership in writing. The Management Committee will discuss and decide on each application.

Q. What type of organisation is NOTCO, and what are its aims?

NOTCO is a newly constituted network. At the moment it is an unincorporated organisation. It is not informal.

Our first AGM took place on 3 March 2021, when we agreed our constitution and elected our officers. In future we could decide whether to register it as a charity, company, both or as any other body.

Q. Who sits on the NOTCO Management Committee?

As a result of the inaugural Annual General Meeting held online on March 3, 2021, the NOTCO Management Committee comprises of the following five people:

Q. You say NOTCO is “not a political group”, so is it fair to say you won’t be doing any lobbying works on matters around Turkish Cypriot rights?

Everything is political. What we mean is we would not be dealing with politics with a big P. For instance we would not be involved in international politics, including with Cyprus politics. Neither will we be aligning ourselves with any political parties whether here, Cyprus or anywhere else.

Q. Is NOTCO a rival to Council of Turkish Cypriot Associations UK (CTCA) or a complimentary group?

We have not formed to compete with any other group. The groups comprising NOTCO and some others have been operating in harmony for the last three years, successfully organising two field and one online Turkish Cypriot Culture and Arts Festival under the name of TCT (Turkish Cypriot Trust).

During the difficult year of the pandemic, some of the NOTCO members have provided crucial services for the needy, not just from the Turkish Cypriot community, but all communities. They also collaborated with many other groups, local councils, health authorities and other non-statutory agencies.

We came to the conclusion that this collaboration must continue for the benefit of our community.

We are keen to work with any organisation for the benefit of our community. Any partnership must be based on mutual respect and understanding.

Q. Has the Kibris Turk Vakfi / Turkish Cypriot Trust been set up?

The Turkish Cypriot Trust operated as a loose co-ordinating group. It was not set up as a constituted group, or a charity. However, we had a ‘Terms of Reference’ agreed by all participating groups.

A company was set up under the name of TCT (UK) Festival Ltd to organise the Turkish Cypriot Culture and Arts Festival.