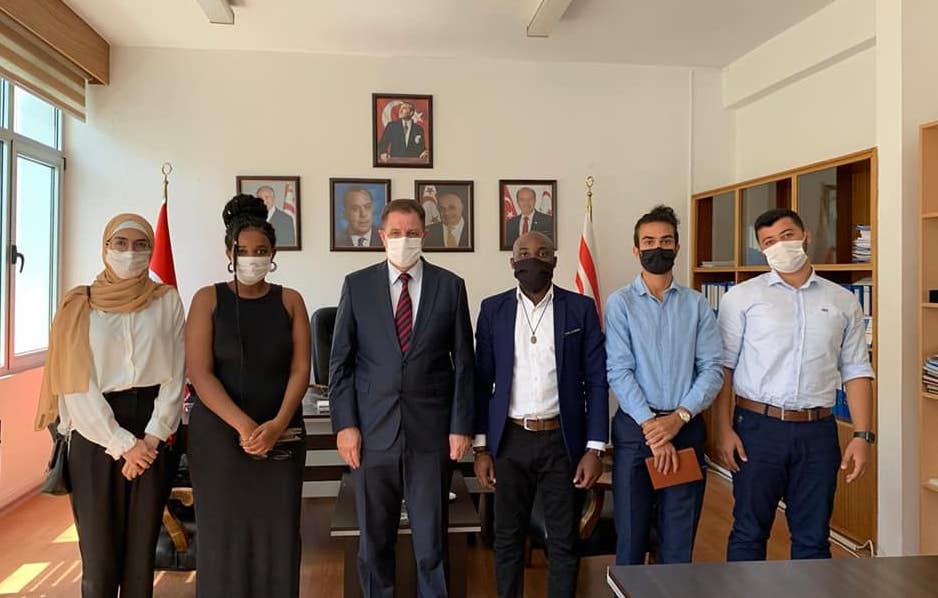 Entry into the Turkish Republic of North Cyprus (TRNC) for international students travelling from areas with high levels of the mutant Covid-19 strain is now permissible.

The confirmation came from the TRNC London Office after Malik Margan, a British non-Turkish Cypriot university student, queried if he could also return to North Cyprus to complete his politics studies at Eastern Mediterranean University (EMU).

Confusion arose after the TRNC amended its entry rules last week allowing foreigners with TRNC residency visas from the United Kingdom, Denmark, the Netherlands, Brazil and South Africa to return to North Cyprus.

Travel from the UK and three of these countries had been banned just before Christmas for all bar TRNC citizens in a bid by the Turkish Cypriot authorities to minimise the risks of the more contagious mutant coronavirus.

However, after local groups representing expats with homes in the TRNC lobbied the government, the rules were eased to allow foreign residents to return to North Cyprus.

The situation for non-Turkish Cypriot students from these five countries, however, was less clear, as the official notification (‘NOTAM’) from the TRNC Ministry of Transport failed to mention students.

The NOTAM for airlines, ferry companies, and air and sea ports stated that “only TRNC citizens and TRNC permanent residence holders” with documentation proving their status could enter North Cyprus.

Malik Margan, a third year politics student, had tried to enquire with the TRNC London Education Attache and his university about whether he could return to the TRNC, but when he failed to get a response from either, he turned to T-VINE for help.

After receiving T-VINE’s query, the TRNC London Office quickly verified the status for international students from Britain, Denmark, the Netherlands, Brazil and South Africa and informed us in a written statement that:

“[Both] Turkish Cypriot and non-Turkish Cypriot students are able to travel to North Cyprus. They must show proof that they are a student. Quarantine rules will still apply to them, however students will be exempt from the quarantine cost.”

The TRNC Health Ministry has set a mandatory 14-day quarantine period for people arriving in North Cyprus from Britain, Denmark, the Netherlands, Brazil and South Africa in a government-approved quarantine centre.

All new arrivals in the TRNC must pay for their quarantine in advance, including TRNC citizens. However, higher education students are exempt from this, with the cost covered by their universities.

International students of non-Turkish origin in North Cyprus have long complained about the lack of consideration by decision makers for their needs and rights.

Student body VOIS (Voice Of International Students) Cyprus was formed in 2018 to try and give a voice to foreign students and to ensure greater visibility in the TRNC.

The group is currently lobbying Turkish Cypriot officials at universities and in government on the need for vaccinations for students, with priority given to those students in high risk groups.