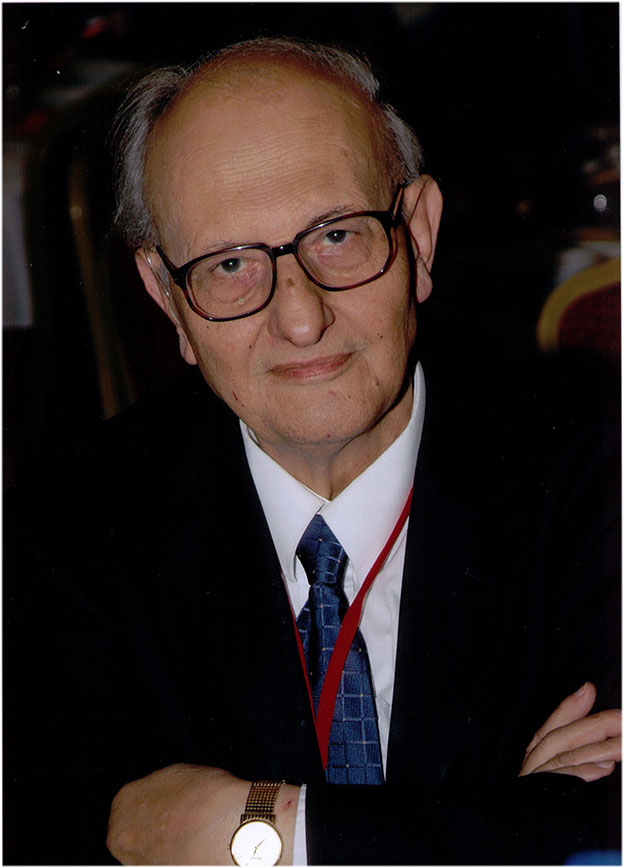 “I took early retirement to concentrate on my research and writings” said Prof. Salahi Sonyel, who sadly passed away on Christmas Day 2015, in an interview I had conducted with him back in 1998. And indeed his writings and all the research he conducted over many years made him one of the most respected Turkish Cypriot historians residing in Britain.

Prof. Sonyel was born in Cyprus in 1932 and graduated from the English School in Lefkoşa (Nicosia). He later went to serve as a civil servant in the British Colonial Administration.

He first came to Britain in 1957, studied at the Queen’s University, Belfast and obtained his BA and MA qualifications in 1959. Prof. Sonyel went back to Cyprus and then returned to the UK in 1964 following the start of the troubles in Cyprus. Since then he has lived in the UK for over 50 years till his death.

In 1971, he gained his PhD from the University of London and became an Associate of the Institute of Education. He was also a member of the Cyprus Turkish Association [Kıbrıs Türk Cemiyet] for over 40 years – the first Turkish association to be established in Europe.

As a historian he was an expert on Atatürk, Atatürk’s revolutions, Turkey’s Independence War and the period during the establishment of the Republic of Turkey. His passion on the subjects of Armenians in Turkey and the Armenian massacre of 1915 was a central theme in his books and pamphlets. He was an honorary member of the Turkish Historical Society based in Ankara.

After our first meeting in1998, I met Prof. Sonyel on many occasions and interviewed him on various different other subjects. On areas such as migration, identity, racism, and being Turkish and living in the UK, Prof. Sonyel proved he was not only a historian, but equally committed as a social scientist.

Soon after I met him, I learned about his research in the area of Turkish migration while he was active in the Cemiyet during the 1970s and 1980s. I discovered fairly quickly that he was interested in the education of Turkish and Muslim children in schools, and had written many articles about their situation along with education improvement strategies. His book The Silent Minority – Turkish Muslim Children in British Schools, published in 1988, widened the debate within society on the underachievement of Turkish-speaking children in British schools, which remains a challenge even today.

To my surprise, I went on to discover the immense work he had carried out in the area of the Turkish people living in Britain. During my research in the archives of Cemiyet I came across many articles written by him on the exclusion of the “silent community” in which he refers to as the ‘Turkish Muslim Community’, and many more articles about Turkey’s history in the magazines, which were published by Cemiyet in particular in their Turkish publication Toplumun Sesi, and others in the English language like Turkish News. The more I delved into the extensive archives, the more I discovered the many old articles written or edited by Prof Sonyel.

In one of our conversations Prof. Sonyel told me he had originally wanted to become a poet and wanted to work in the area of literature, something he was very passionate about. However the Turkish Cypriot poet and writer Nazif Süleyman Ebeoğlu said to him at the beginning of the 1950s that Osman Türkay will become a very famous poet, but he (Prof.Sonyel) should rather concentrate his energy on other areas like political science, economics or social sciences. Nazif Süleyman Ebeoğlu’s advice was to prove very wise and helped Prof Sonyel to find his own way into the world of social sciences. He was very grateful to Nazif Süleyman Ebeoğlu, whom he considered his teacher and mentor.

Prof. Sonyel also worked very closely with the twice Nobel Prize Nominee Turkish Cypriot poet Osman Türkay, helping him and other members of Cemiyet with the publication of their magazines. Innovative papers and articles were published on the issues faced by ethnic minorities, which were unique and groundbreaking during the period, especially in the 1970s where people were seemingly more interested in talking about the migrants’ issues instead of analysing and writing about them. I have not yet come across in any periodicals which were published during the 1970s by any other ethnic minority communities concerning the issues faced by migrants during that era. 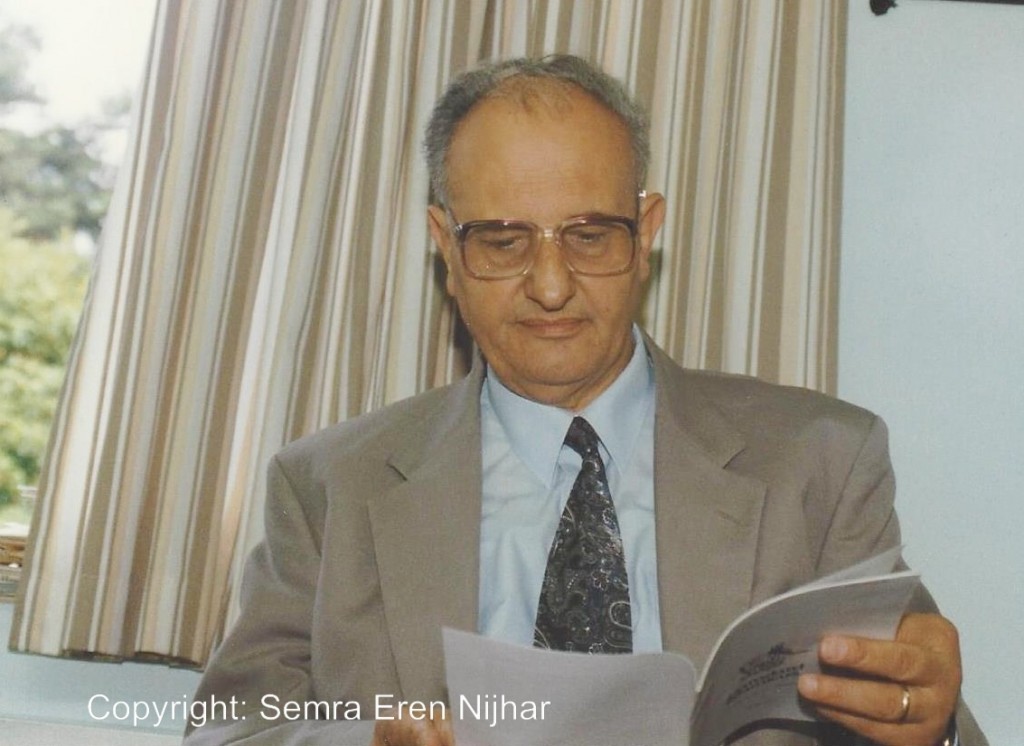 Prof Sonyel was aware of the existence of racism in British society and worked tirelessly to overcome the prejudice in the wider community. He told me in one of our conversations: “When I first came here, I tried to find employment, but found it very difficult because of my name, as it is a Muslim name. I changed my name and within a fortnight I became the head of a large social science department in a secondary school. I changed my name when racism was rampant in the UK; it was before the time of the emergence of multi-cultural education. The Turkish people who have changed their names like me are doing well, but a lot of the Turks who hung on to their names experienced racism.”

The modern day term ‘Islamophobia’ seems to have existed in different guises much before the 9/11 events. In fact it is shocking to know that a respected historian and academic had to change his Muslim sounding name in to an English sounding one, in order to progress within his profession and professional life. It is important to mark the current atrocities happening in the name of Islam and increased Islamophobia in British society, yet we must also remember that Islamophobia is not an entirely new issue.

Prof. Sonyel reminded me in some of our interviews on this subject that, the level of racism is not the same as that experienced by Asian or Black people living in Britain. However, he always added that all the ethnic minorities are experiencing varying degrees of racism in diverse areas of their working or professional lives.

Prof. Sonyel will be remembered not only as a historian, but I believe it would be improper if we failed to recognise him as a social scientist too. It would be unforgiveable to forget all the work he has done in the last 50 years, in the area of exclusion, xenophobia, education of Turkish-speaking children and Turkish migration to Britain.

Prof. Sonyel was one of many remarkable people from the Turkish-speaking community who came to Britain, stayed, lived and worked in Britain. And during his time, Prof. Sonyel left an indelible mark and a treasure trove of writings for his own Turkish community, to other ethnic minority communities, to the academic community and to the wider British society.

He worked very hard and crafted his thoughts into words, the words were converted into books; these books will, in the future, be converted into new thoughts. Prof. Sonyel left a written historical legacy for the future generation of the Turkish-speaking communities not only in Britain, but across the world. The void he leaves behind will not be easily filled and will take time.

He once remarked, “I live in Britain with my Turkish Cypriot identity. I carry my Turkish identity everywhere I go but of course, I am part of the wider British society, too.”

Prof. Sonyel has published many books, articles and pamphlets. Some of his books in English are Atatürk – The Founder of Modern Turkey, Minorities and the Destruction of the Ottoman Empire, and The Assyrians of Turkey Victims of Major Power Policy. His works appeared in numerous periodicals and newspapers in Cyprus, Turkey, Greece, UK, the United States, and in other countries.

He was a visiting professor at the Near East University in Lefkoşa, in the Turkish Republic of Northern Cyprus, as well as in various universities in Turkey, Britain and other countries.

He was married and had two daughters.