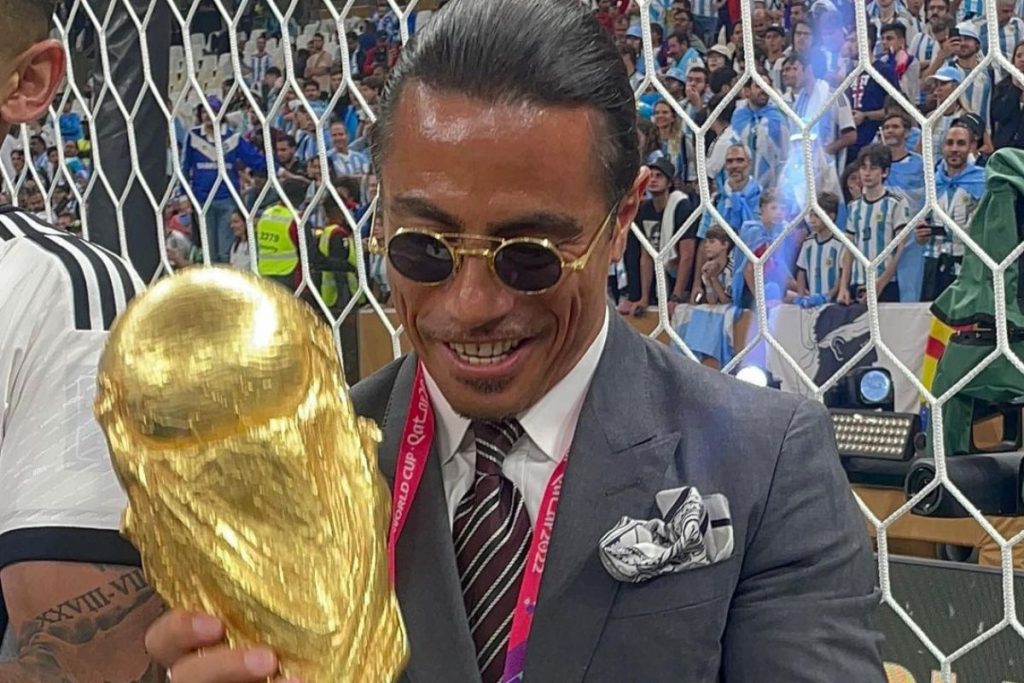 Global football body FIFA has confirmed it is investigating after Turkish celebrity chef Nusret Gökçe managed to get pitch side with the Argentinian team at the end of the World Cup Final in Doha, Qatar, on Sunday.

Gökçe, known as ‘Salt Bae’ for his style of sprinkling salt on meat, was seen trying to take selfies with the Argentinian players, including captain Lionel Messi, and holding the World Cup.

Tournament rules restrict the touching of the iconic 18-carat gold trophy, reputed to be worth a staggering £17.7 million, at a World Cup Final to the winning team and heads of state only.

FIFA has confirmed the Turkish chef did not have clearance to be on the pitch, and that they are now investigating the circumstances that allowed such a security breach.

A spokesperson for FIFA said: “Following a review, FIFA has been establishing how individuals gained undue access to the pitch after the closing ceremony at Lusail stadium on 18 December. The appropriate internal action will be taken.”

There was confusion when Gökçe suddenly appeared on the pitch after the closing ceremony. Argentina had emerged victorious by France on penalties following a pulsating and dramatic final. The team were presented with their medals and World Cup trophy and, in keeping with tradition, the entire Argentinian squad were joined by their families on the pitch to celebrate.

With the television cameras still rolling, the Turkish chef was seen trying to get photos with a host of players. There were awkward scenes as Messi tried to pull away from Salt Bae, who had grabbed his arm. Other players, including Lisandro Martinez and Angel Di Maria, looked bemused as the chef posed with them and the World Cup, doing his signature ‘pinch of salt’ sprinkle over the trophy, before taking it and kissing it.

Gökçe went on to post clips and photos of himself and the players on his Nusr’et Instagram page that has 50 million followers. In his final World Cup post, with Tottenham defender Cristian Romero, Gökçe wrote, “Çorbada bizim de tuzumuz olsun”, which translates ‘let’s contribute to the soup with our salt’.

His antics created a massive furore on social media. Tallie Dar tweeted, “Salt Bae forcing pictures with World Cup winners when trying to snatch the trophy out of their hands for an Instagram photo op and clout was cringe.”

Salt Bae forcing pictures with World Cup winners when trying to snatch the trophy out of their hands for an Instagram photo op and clout was cringe.

Football vlogger Terry Lewis from The Football Terrace got nearly over 170K likes for his tweet slamming FIFA for allowing Salt Bae to gatecrash the Argentinian celebrations.

“This is ridiculous, shame on FIFA for allowing him to touch, kiss, and hold the World Cup. Salt Bae drops salt on meat, what is he doing there?”

This is ridiculous, shame on FIFA for allowing him to touch, kiss, and hold the World Cup. Salt Bae drops salt on meat, what is he doing there? pic.twitter.com/gLyX7pT4OG