Preview: the inspiration behind singer-songwriter Gazel’s Books of Souls and what we can expect from her Borderline gig 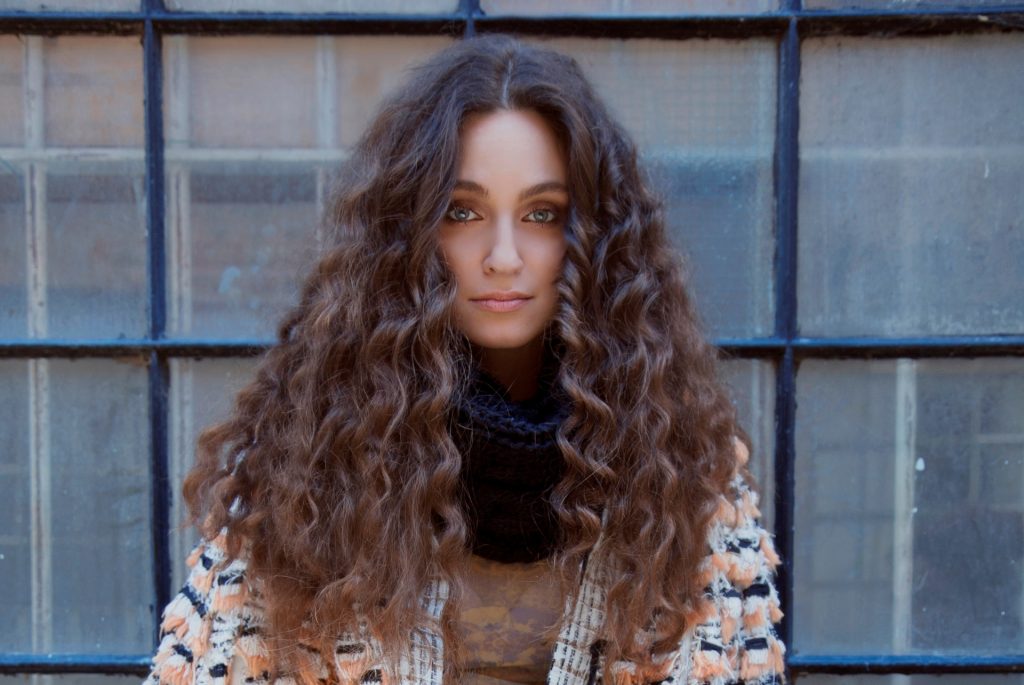 Ever since I moved to London from Istanbul three years ago, I am always keen to check out Turkish origin musicians in London.

I met Gazel about a year ago during one of her gigs at 93 Feet East. I didn’t know at the time that she had Turkish roots, but when I heard the melodies from Sarı Gelin I was excited beyond words to discover this amazing talent. Singing in both English and Turkish, layering classic songwriting with vocals, electronics, strings, and traditional Middle Eastern instruments, I realised her music was one of the most unique sounds I had heard in a long time.

Her first concert of the year will be at Borderline on the Wednesday 21 February 2018. It will provide new and old fans the chance to hear live material from her forthcoming debut album Gazel’s Book of Souls. The album is due to be released later this year.

I got to ask her a few questions for T-VINE Magazine during rehearsals for her London concert. Here’s what Gazel had to say about home life, the inspiration behind her music and what’s on the horizon for her in 2018.

Where in London is home and what do you most love about the area?

I live in Crouch End and it’s my favourite part of London because of its ‘villagey’ feel. There’s a much stronger sense of community here than I’ve felt in other areas of London.

When and how did you get into music?

I’ve played instruments since I was tiny. I studied classical strings at the Royal Academy of Music, but it wasn’t until I started writing and programming my own music around the age of 15 that I really became a musician.  I sing and play violin, keys, samplers and some native wind instruments.

How would you describe your music?

It’s a mix of pop, electronic and folk music, but I can’t say it fits neatly into any particular genre.

Who are your musical inspirations?

I’m inspired by all sorts of music, but I’d say my biggest inspiration is 1950s/60s philosopher Alan Watts. He was the foremost interpreter of Eastern philosophy to the West, and a lot of my songs are inspired by his talks.

What does your new album Gazel’s Book of Souls about?

It’s a collection of songs that tell the story of a curious nomad girl abandoned in the desert, and the strange encounters she has with a cast of surreal characters as she embarks on a journey in search of her soul. I’m fascinated by the mysteries beneath our ordinary existence and perceptions. My cast of characters make up our different personas, so each song from the Book of Souls is sung from the perspective of a different character from my cast. It’s a cinematic mix of electronic, pop and Middle Eastern folk music.

How easy was the record to pull together?

It’s been an interesting and involved process. I wrote the songs in my studio, and co-produced it with my partner Roy Pfeffer. I’ve really enjoyed working with some brilliant people including Shuta Shinoda (Ghostpoet, Hot Chip, Red Snapper), and Haydn Bendall (Kate Bush, Massive Attack, David Gilmour), and consider myself lucky playing alongside amazing musicians such as Roy Pfeffer (MD & drums), Emily Francis (keys) and Lorenzo Bassigniani (bass).

You’ve reinterpreted a Turkish classic Sarı Gelin in your track Underwater. What other Turkish music do you like?

I like old Türkü (Turkish blues) songs, which I like to perform in my own style in English.

Your visuals are quite incredible. Do you create them and do they have a certain meaning?

My friend Chris Neal aka Acid Lake and I are developing them together based on the script I’ve written for a musical also called Gazel’s Book of Souls. I’m really excited about the visuals because it’s basically acting as a storyboard for the musical itself.

What can we expect from your upcoming concert at Borderline?

I’m really looking forward to performing at Borderline. It’ll be the first time I’m playing new music with my new band. There will also be special guests!

I have some fantastic shows lined up, and I’m hoping to tour internationally too. I’m also developing a musical, an extension of Gazel’s Book of Souls. It is actually the material of my first two EPs (the debut album is due for release this year).

And now for some quick-fire question and answers: