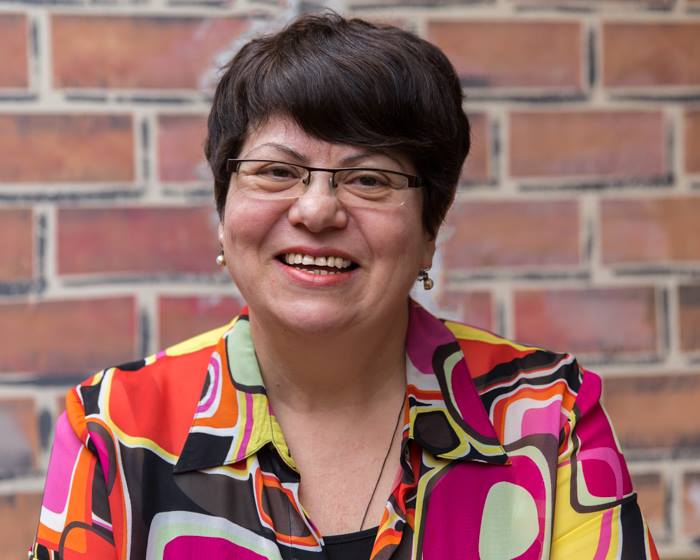 A lovely, crisp day. The first day of autumn. I walk through tranquil gardens with two friends in bright sunlight towards an imposing building. A large crowd had started to gather in front of the building.

The place is the St. Marylebone Crematorium in East Finchley. A sense of déjà vu washes over me. Not so long ago, this time on an overcast day, I was among mourners at yet another crematorium, again to send a dear friend to his eternal voyage.

Nilgün Canver was the dear friend we had gathered to waive goodbye this time. A fearless warrior, one who had overcome countless struggles, had been defeated by a cruel, unforgiving enemy: cancer.

Nilgün fought against inequality, injustice, and prejudice all through her cruelly shortened life. It was during the early 80s that I met her. She was fresh from Turkey as a student. She joined us at the Turkish Education Group. She would soon be part of a group of powerful, fiercely independent Turkish-speaking women.

With Aydın, Hafize, Ayşe, Enise and others Nilgün became a community pioneer, tackling difficult, taboo issues hitherto untouched. The legacies of these dear friends are for all to see.

Out of the Turkish Education Group, which they helped nurture and develop under Aydin’s leadership, sprung Happy Nest Nursery, IMECE, Haringey Turkish Cypriot Women’s Project, and the Islington Turkish Elderly Project. All but one of these projects are functioning effectively, still providing essential services for our communities.

Nilgün was particularly active in the youth and women’s projects. For many young people and women, she was a role model. Her insatiable hunger for knowledge, her passion for equality and justice soon directed her towards politics.

She rose quickly through the ranks of her local Labour Party. She became a councillor in her local area. She helped turn Green Lanes, Harringay – the area where she lived right up to her untimely death – into a buzzing place.

Her enthusiasm was infectious. Her cheerfulness was a delight during the difficult days we shared in the two local authorities we worked for. My disillusionment and negative moods would dissipate after talking to her during a hearty lunch.

She achieved a lot. Far too much to mention in one column.

Nilgün departed this cruel world with sadness in her heart. She felt deep disappointment at being abandoned by her political “friends” in her hour of need following her instinctive, yet catastrophic error of judgement. She told me this is how she felt months before her death. And yet she carried on supporting her beloved party tirelessly. Politics is cruel, I know, but at least keep your crocodile tears to yourselves. You fool no one.

Right to the end Nilgün refused to compromise her beliefs. She chose to be cremated, raising eyebrows. Only brave, principled persons can do this. Nilgün was undoubtedly one such person.

If the day has come to raise anchors from time,

A ship that sails into the unknown departs from this harbour

It takes leave as though it has no passenger,

And not a handkerchief, nor a single arm is waived at this departure.

In that tranquil chapel, Yahya Kemal Beyatli’s unforgettable poem rang in our ears as we remembered in silence, memories of our beloved friend, with damp, sometimes watery eyes.