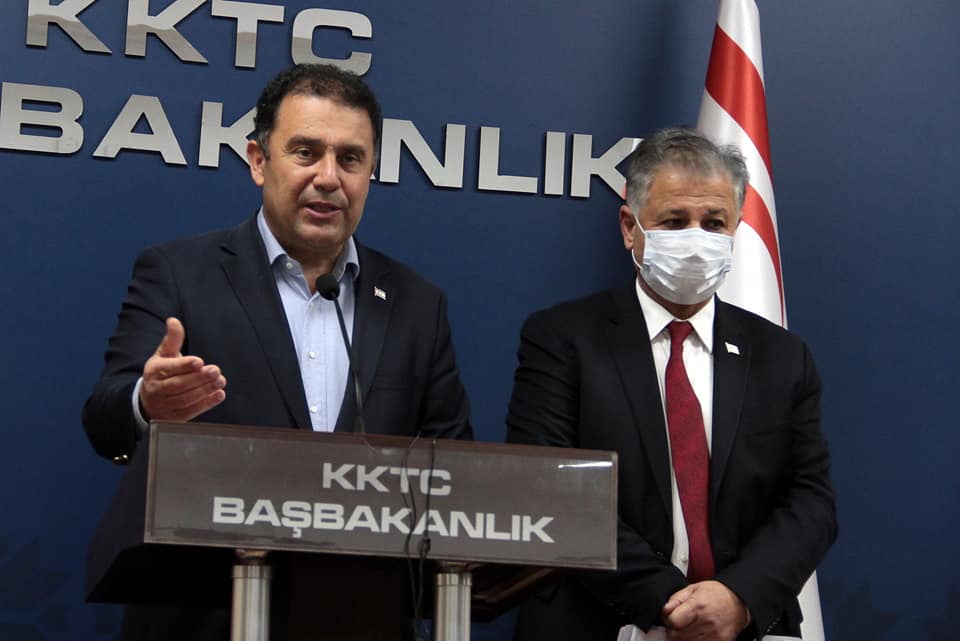 Less than 24 hours after announcing a full lockdown, North Cyprus’ Health Ministry has been forced to scale back its planned restrictions following concerns about the economic impact that would have.

The Council of Ministers met earlier today to discuss the measures that were due to come into force on Monday.

Among those who had opposed the lockdown was the Deputy Prime Minister Erhan Arıklı, who took to social media this morning to slam the decision, claiming it would condemn low-paid workers to “starve to death”.

After a four hour meeting, the Prime Minister Ersan Saner emerged to confirm there would be no lockdown, but instead a night time curfew and that schools would remain closed.

During the press conference, which was also attended by Health Minister Dr Ali Pilli, PM Saner said the daily number of new coronavirus infections hitting the thirties “was an indication the danger had reached serious levels.”

He said a night time curfew would come into effect from 10pm to 5am on Monday, 18 January. The public would be prohibited from being on the streets during these times unless they had police permission.

Schools would also not re-open on 18 January. The two week mid-term school holidays would be extended for at least a further week, and the situation reviewed on 22 January.

PM Saner also made it clear that while the Health Ministry in conjunction with the TRNC’s Contagious Diseases Executive Committee can make public health decisions, only the government could order a curfew or lockdown:

“The decision for a curfew is under the authority of the government. The other closure decisions are under the Executive Committee. The Minister of Health and the [Executive] Committee will meet again and publish their latest decisions in the Official Gazette,” said the Prime Minister during the press conference.

A short while ago, the Health Ministry published its revised coronavirus public health restrictions, which essentially sees the TRNC revert to the position before Saturday’s announcements.

In addition to the curfew measures announced by the Prime Minister, the Health Ministry statement confirmed the following:

At the outset of its announcement about the revised coronavirus containment measures, the Health Ministry statement acknowledged that curfew decisions are down to the Council of Ministers. It also stressed that “the Contagious Diseases Executive Committee (CDEC) makes decisions regarding the implementation and / or rules to be applied in order to control the pandemic according to the number of cases seen in the country.”

The statement added that “Considering the views of the Ministries concerning the economy”, the CDEC would be keeping a ‘watching brief’ over the impact of the coronavirus pandemic for the next week before deciding whether the lockdown decisions taken on Saturday, 16 January, are still required.

The TRNC has seen coronavirus fatalities double in the past month. Only five people had died of the virus in North Cyprus between March and October 2020. However, from 8 December 2020 to 12 January 2021 a further six people died, taking the total number of Covid-19 deaths in North Cyprus to 11. All had underlying health conditions.

In addition to the doubling of Covid deaths, there has been a rapid rise in infections. Including figures released for today, a total of 315 people have tested positive for Covid-19 in the TRNC since the start of the year, with 31 cases on Friday alone.