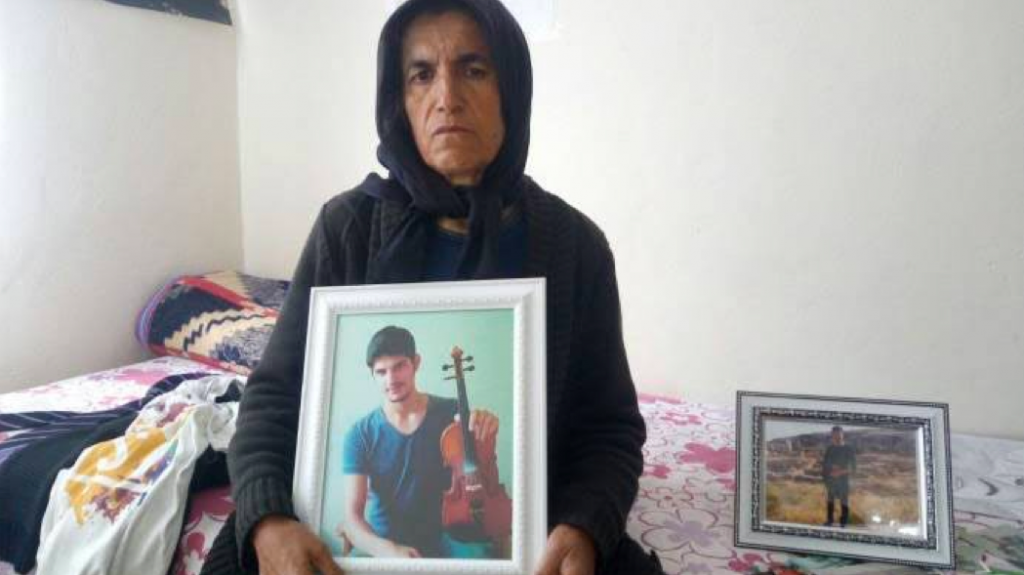 A court in Diyarbakır has found a police officer not guilty of killing Kemal Kurkurt, a young man shot dead during the Nevruz celebrations in 2017.

The Diyarbakır Seventh Heavy Penal Court acquitted the policeman, identified only by his initials Y.Ş., despite overwhelming evidence disputing the officer’s defence that he and his colleagues were trying to prevent a potential terror attack.

The fatal shooting took place near Newroz Park in the Bağlar district of Diyarbakır, southeast Turkey, on 21 March 2017.

Turkish officials stated at the time that police were trying to stop a “suspected suicide attacker”. Yet pictures of the incident, captured by journalist Abdurrahman Gök, contradicted these claims.

The 23-year-old İnönü University music undergraduate was filmed running away from police officers at the security checkpoint on Evrim Alataş street. He was topless, and was carrying a knife in his right hand and a bottle of water in his left.

Police claimed they had called out warnings to Kurkut demanding he stop and put down his weapon. They had also fired warning shots as they tried to prevent him from fleeing.

He was killed by a single bullet fired from Y.Ş.’s gun. However, forensics teams offered different accounts of how the bullet penetrated Kurkut’s body. The Istanbul Forensic Medicine Institution (ATK) report claimed the bullet ricocheted off the ground, which was challenged by lawyers. A fresh report by the National Criminal Bureau (UKB) said Y.Ş.’s shot had made a direct hit.

Multiple bullet cases were found at the scene, all fired from police weapons. Three other officers were placed under investigation and subsequently fired from their jobs. However, only Y.Ş. was charged with the killing of Kurkut earlier this year.

During the trial, the prosecution changed the charges against Y.Ş. from ‘possible deliberate killing’ (‘olası kastla öldürme’) to ‘deliberate negligence’ (‘bilinçli taksire’), essentially framing the incident as an accident brought about through excessive force by the officer.

Prosecutors had demanded the accused receive between three and nine years in prison for his crimes, claiming that Kurkut, who is of Kurdish origin, should have been captured alive as he posed no immediate threat to anyone when he was shot.

The case by the prosecution was not upheld and on Tuesday, 17 November, the police officer was acquitted of all charges by the court.

In a bewildering twist, the journalist whose pictures exposed the state’s unfounded claims that Kemal Kurkut was a terror suspect is himself being tried for “making propaganda of a terrorist organisation.” If found guilty, Abdurrahman Gök, faces up to 20 years in jail.

Police had tried to delete the pictures from Gök’s camera to prevent the public seeing images of the moments before, during and after the killing of Kemal Kurkut.

Many have criticised the Kemal Kurkut-Y.Ş. case as yet another example of Turkish police being above the law, with the verdict reinforcing the view that security forces can ‘kill with impunity’.

Lawyer Mehmet Emin Aktar, who is one a group of lawyers representing the Kurkut family, slammed both the prosecution case and ruling:

“There is not even a single day of imprisonment for the life of a Kurd,” said Mr Aktar, adding, “The prosecutor said, ‘there was an accident.’ We do not accept this.”

“Believe us that we don’t feel well. We are having a hard time breathing,” he said.

The Kurkut family are not alone in feeling aggrieved at the lack of justice for the deaths of relatives at the hands of the police.

Earlier this month, the Court of Appeal upheld the unduly lenient sentence of another police officer who had caused the deaths of two young brothers in Silopi, in the southeast province of Şırnak.

Ömer Yeğit had his jail sentence of two years and one month for the “involuntary manslaughter” of and 7-year-old Muhammed Yıldırım and his younger brother Furkan, aged 6, commuted to a fine.

The two boys were killed after an armoured vehicle driven by Yeğit crashed into their house on the night of 3 May, 2017. The offer had been driving without a proper driving license.

Lawyers for the family have said they will appeal to the Supreme Court of Appeals of Turkey – the country’s highest court for civil and criminal cases.

Main image, top, of Kemal Kurkut’s mother holding a photo of her son. Photo via Twitter.