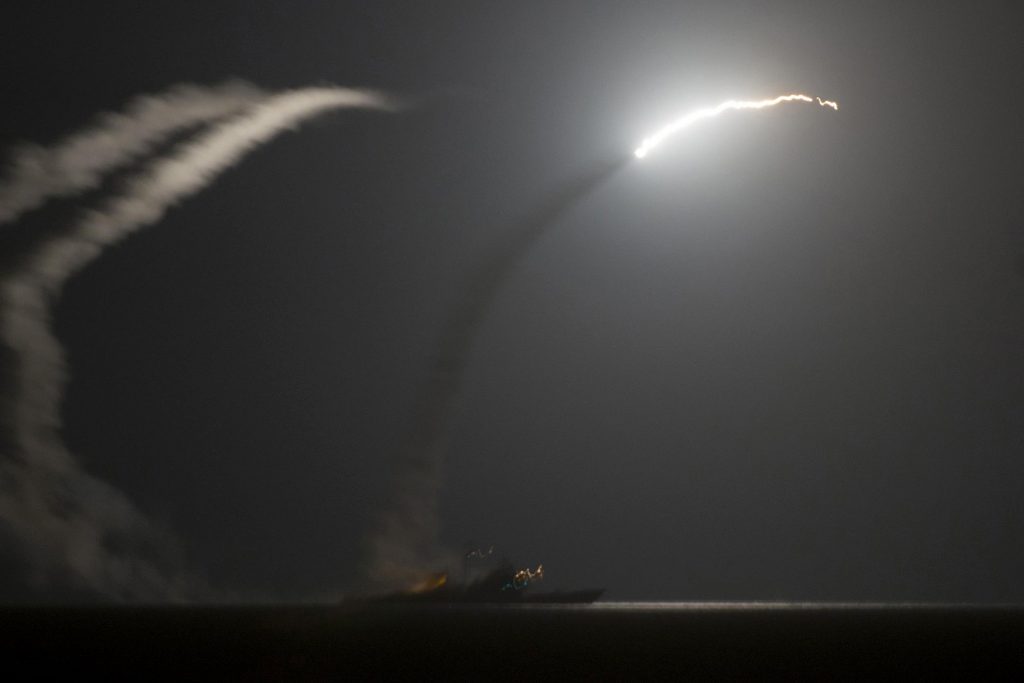 The Turkish Government has thrown its weight behind air strikes launched against the Syrian regime in the early hours of Saturday morning. The USA, Britain and France commenced their aerial bombardment of key targets associated with chemical weapons following the regime’s alleged gas attack on citizens in Douma, which killed 70 people.

British jets took off from their Cyprus bases as part of a co-ordinated attack on three sites in Syria. An estimated 100 missiles were launched by American, French and British forces during the attack, which lasted for about 70 minutes. The US İncirlik air base in Adana was not used.

Turkey, a NATO ally of the three powers, was informed about the air strikes in advance of them taking place. Its foreign ministry issued the following statement:

“Turkey considers the operation carried out early this morning by the United States, United Kingdom and France to be an appropriate response to the chemical attack which caused the deaths of many civilians in Douma on 7 April. We welcome this operation which has eased humanity’s conscience in the face of the attack in Douma, largely suspected to have been carried out by the regime. “Attacks with weapons of mass destruction, including chemical weapons, that indiscriminately target civilians constitute crimes against humanity. The Syrian regime, which has been tyrannizing its own people for more than seven years, be it with conventional or chemical weapons, has a proven track record of crimes against humanity and war crimes. The conscience of the international community carries no doubt to that effect.

“Turkey believes that it is of critical importance that such crimes do not go unpunished and that accountability is ensured in order to prevent the recurrence of similar crimes.

“In light of this experience, it is essential for the international community, in particular the members of the UN Security Council, to agree upon joint steps to ensure that the use of chemical weapons does not go unpunished.

Russia, a long-standing ally of the Assad regime with military bases across Syria, condemned the US-led air strikes, calling them “an act of aggression” and said it would convene an emergency session of the UN security council over the attack.

According to media reports from Moscow, no Russian bases were hit, but a statement released by its foreign ministry earlier this morning claims that the air strikes would “have a destructive effect on the entire system of international relations”.

The Kremlin maintains there is no evidence of a chemical weapons attack in the Damascus suburb of Douma, going as far as accusing Britain and other critics of fabricating the entire event.