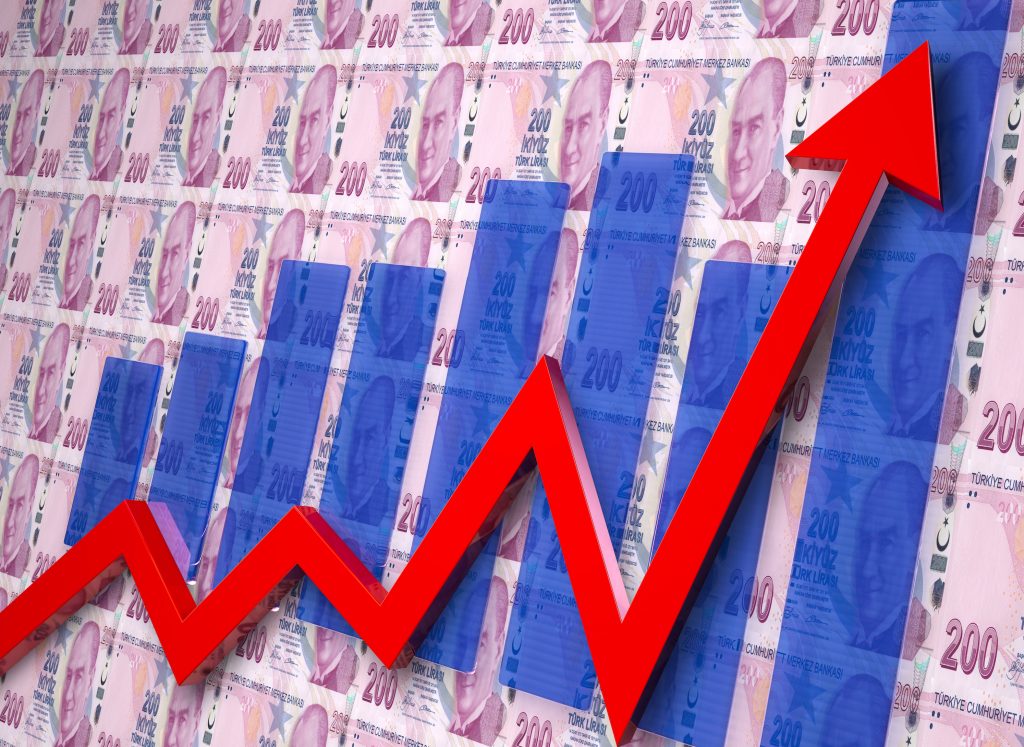 Consumer prices continue to push inflation upwards in Turkey. According to figures released by the Turkish Statistical Institute (TÜİK) earlier this week, year-on-year inflation rose by 1.06 to 20.35% in January. It marked a slight increase from December 2018, when inflation stood at 20.3%.

There was an average annual increase of 17.16% in consumer prices.

Some sectors recorded a fall in costs in January, notably clothing and footwear, which was down by 7.95%. House prices also dropped by 3.1%

According to TUIK’s report, the other sectors to show significant price hikes in 2018 were miscellaneous goods and services, up by 29.63%, furnishing and household equipment (29.07%), recreation and culture (23.15%), and hotels, cafes and restaurants, whose costs rose by 19.89%.

Over the last decade, Turkey’s lowest annual inflation of 3.99% was recorded in March 2011, while October 2018 saw prices peak with inflation rising to 25%.

The country’s economy has endured a turbulent 12 months due to the plunging value of the Turkish lira, and higher tariffs and the threat of sanctions from the USA, all contributing to the higher cost of goods and services in Turkey.