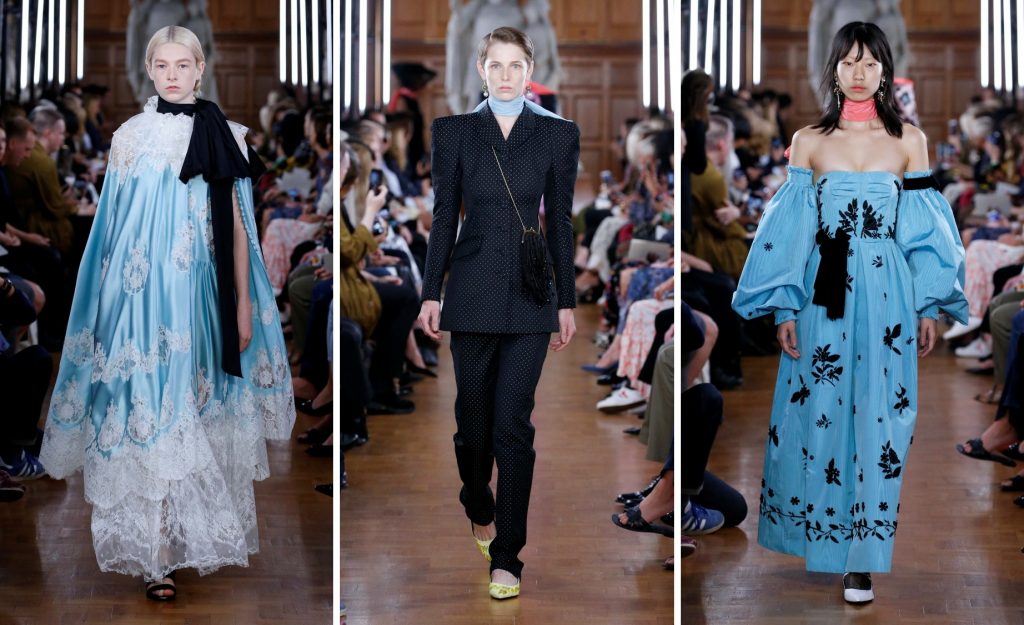 Another fashion month is over, but there was far more than glamour in this year’s Spring Summer (S/S) Ready-To-Wear collections. S/S 2019 was the most racially diverse, size diverse and gender-inclusive fashion month ever, reported Fashion Spot. Chief among the diversity leaders was Erdem, whose London S/S 2019 show had more transgender models than any other European brand.

Devoted to Victorian cross-dressers Fanny and Stella, Erdem’s S/S 2019 collection debuted with a spectacular show at the National Portrait Gallery on 17 September. The internationally renowned Turkish-Canadian designer showcased the power of dressing up to feel free beyond the prescribed boundaries of sex, both in his collection and on the catwalk.

Fanny and Stella had the courage to explore self-expression at a time when Britain was steeped in conservative moral values. In 1870, the pair were arrested leaving the Strand Theatre in London and charged with ‘conspiring and inciting persons to commit an unnatural offence’ for cross-dressing and having homosexual sex, which was then a crime. After the prosecution failed to prove their gay relationship, they were released and continued to live as women.

In his collection, Erdem not only pays homage to Fanny and Stella, but also to other men and women whose individual identity shaped their sense of dress and style during repressed Victorian times or the subversive hedonism of Nineties clubland. Erdem transports Victorian characters from the music halls and theatres to London’s legendary club scene of the early 1990s, merging these two different periods to show that while fashion is fluid, the courage of dressing to reflect who you are remains powerful. 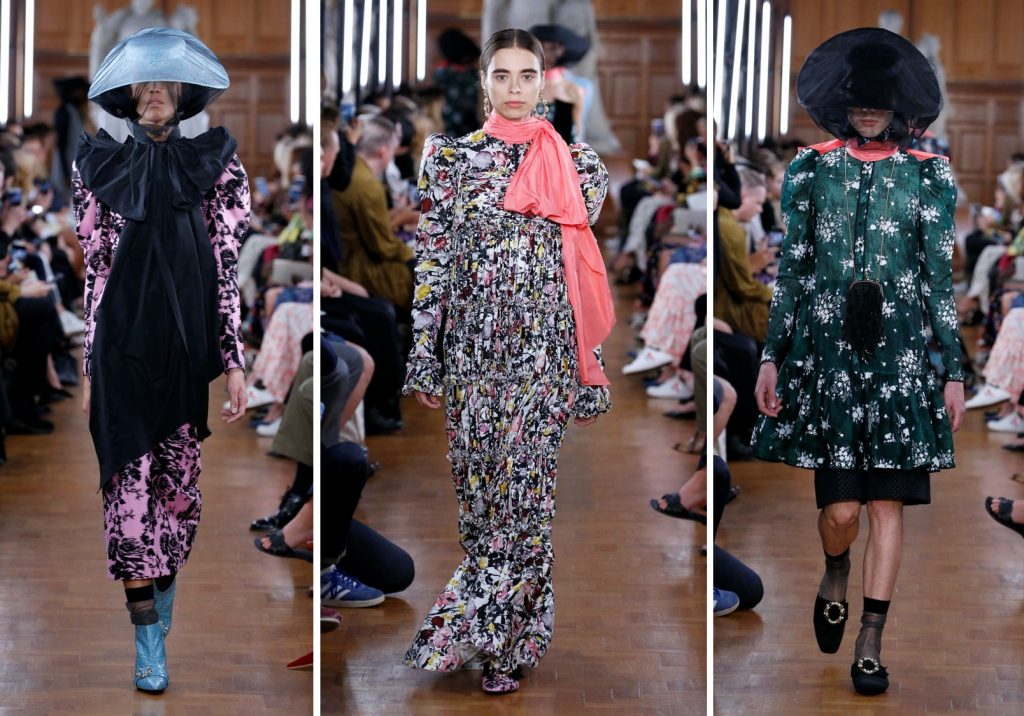 Erdem Moralioglu’s celebration of self-expression continued on the runway with three transgender/non-binary models: Dara Allen, Hunter Schafer, and Massima Lei. His show had more transgender models than any other European brand, making the Erdem show the most gender-inclusive of any London runwaythis season.

Some of the models displayed hairy legs,combined with footwear inspired by Victorian male shoes. Erdem explained why to Footwear News:

“I felt that there was something so interesting about these little secrets in the show that maybe you couldn’t quite tell if some of the girls were boys or some of the boys were girls.”

It was difficult indeed, due also in part to the veiled faces.

It’s been a great month for Erdem, who wasnamed in the Evening Standard Progress 1000 – an annual list of the most influentialLondoners. The paper wrote, “This Turkish-Canadian designer deals in reverence and romanticism and is the go-to dress designer for socialites and red-carpet celebrities alike.”

The designer’s reputation continues to grow internationally too thanks to the number of famous women who wear his clothes. One ofErdem’s biggest fans is the Duchess of Cambridge, Kate Middleton, who is regularly photographed in his outfits.