“We’ll be cheering the KKTC Vakıflar Wheelchair Basketball Team on to success at the EuroCup 2 in Italy this weekend!”

Team sponsor the Evkaf Administration of Cyprus (Evkaf) has urged everyone to get behind the KKTC Vakıflar Wheelchair Basketball team this weekend, when they line up against four teams in an international tournament in Italy.

The Vakıflar Wheelchair Basketball team will compete for the EuroCup 2 in Sardinia, Italy, playing four games in three days, between 22 and 24 April 2022, against teams from France, Italy and Poland.

It will be the Turkish Cypriot team’s first international tournament in two years, with fixtures delayed for two years due to the coronavirus pandemic.

Professor Ibrahim Benter, the Evkaf Director General, who met with the team before they travelled to Sardinia, said:

“We’re proud to be sponsor the  Vakıflar Wheelchair Basketball. They are magnificent ambassadors for Turkish Cypriots and we wish the team every success at the EuroCup 2 tournament in Sardinia this weekend. They have four tough games ahead. We’ll be cheering them on for each one, and we urge all Turkish Cypriots to do the same.”

The fixtures for Vakıflar Wheelchair Basketball at this year’s EuroCup 2 are (all times below are for Cyprus): 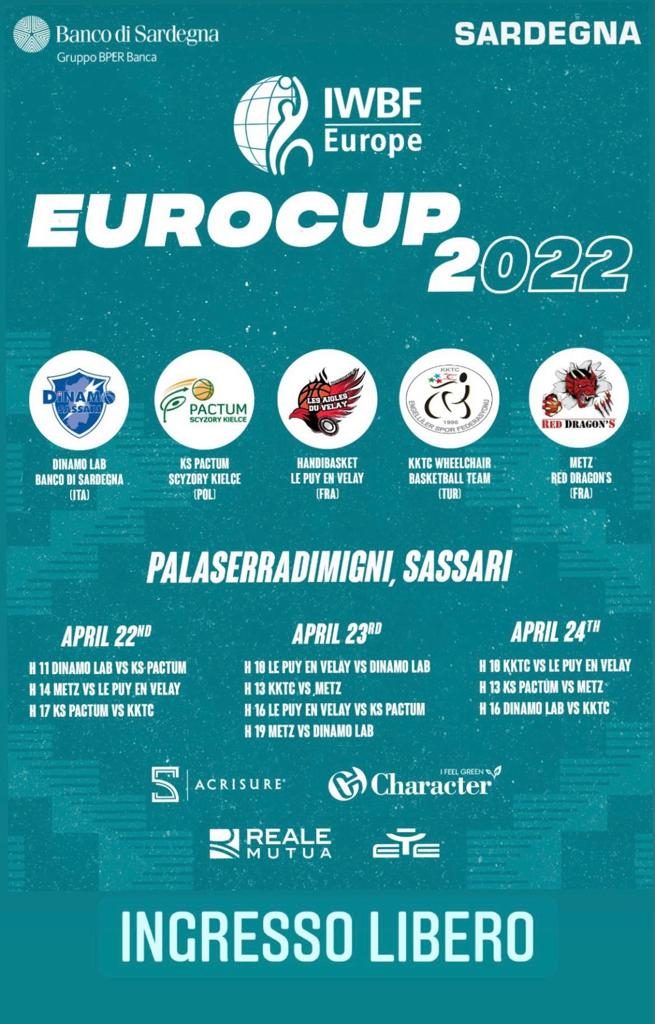