Who will be Britain’s new kebab kings? 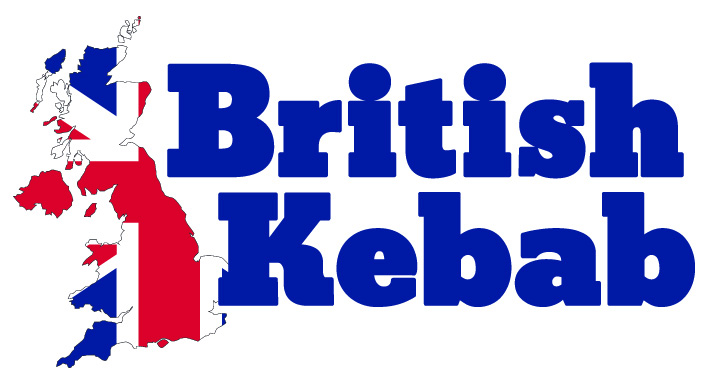 On Sunday, the great and the good from the nation’s kebab industry will come together for the 5th British Kebab Awards. The event, this year hosted by BBC Radio 1 presenters Chris Stark and Scott Mills, is an opportunity to recognise the UK’s high achievers, from Best Chef, to the Best Newcomer, and Outstanding Contribution to the Kebab Industry.

Lacking an industry body and voice, before these awards many did not take kebabs seriously. However, its spectacular growth over the past decade has seen the sector become an important cog in the British economy and its gastronomy worthy of leading food critics’ attention. And with its own annual prize-giving ceremony, this thriving sector and cuisine is finally getting the recognition it richly deserves.

The industry stats speak for themselves:

And it’s thanks to an immigrant from Turkey, Ibrahim Doğuş – himself a kebab restaurateur – that the spotlight is now on this sector.

Inspired by the British Curry Awards, Ibrahim set up the British Kebab Awards (BKA) back in 2013. This gala event not only attracts the leading lights of its industry, but also politicians, journalists, celebrities, helping to raise national awareness about the kebab’s major contribution to the financial and cultural wellbeing of Britain.

T-VINE spoke to Ibrahim in advance of this weekend’s ceremony to ask about the impact of the BKA on the UK’s kebab industry. He told us:

“Over the last five years, the British Kebab Awards have impacted the kebab industry in three main ways. First, they’ve improved the public perception of the kebab industry by showcasing its diversity. It has demonstrated to the British public for example that kebabs are not just greasy wraps served to intoxicated night club-goers, but that the industry offers something for everyone, including fine diners, vegetarians (even vegans) and families too.”

“Second, by encouraging the participation in the awards of MPs, peers, media and other public figures and personalities, they have also helped to integrate the kebab industry away from the margins and into mainstream British culture, which has also helped to expand the appeal of the kebab to more and more people in Britain who may not have otherwise been interested in it.”

The awards are sponsored by Just Eat, an online food ordering and delivery service, whose financial support helps to put a glitzy spin on the ceremony, which this year is being held at the Westminster Park Plaza Hotel. It’s a year-round process, from receiving nominations to organising the judging, through to hosting the awards ceremony itself.

We ask Ibrahim what’s been the best and most exciting aspects of these annual awards. Without much pause, he says:

“Best aspects are seeing hard-working small business owners, chefs and others involved in the kebab industry’s efforts being rewarded and celebrated nationally.”

“The most exciting has been the variety of people that the awards have brought together and the amount of interest in the industry that this has generated.”

And the BKA certainly does have its fans, from vegetarian (!) Labour leader Jeremy Corbyn, who has given out prizes at the ceremony, to Lord Alan Sugar, who regularly tweets about the event. Other kebab aficionados include the UK’s top food critics: from Fay Maschler and Jay Rayner, to Giles Coren and Grace Dent, all have raved about new eateries and upcoming chefs, helping to draw hordes of enthusiastic new diners to kebab shops.

Guaranteed you’ll be craving kebabs after watching this! 😍 Thank you again to @ibrahim_Dogus from the @KebabAwards. pic.twitter.com/e7hDqvgfq3

Since Britons were served their first taste of grilled meats via a Turkish eaterie in Frith Street, Soho, in the 1940s, the humble kebab has become a staple of popular British culture.

During the 1980s, one of Harry Enfield’s most popular comedy characters was Stavros, a Greek kebab shop owner. By the end of the same decade, a British record label, set up by London Cypriot Mike Hajimichael (aka Haji Mike) was named Kebab Kulture Music. Its first single was Shish and Chips.

There’s even been a horror movie about kebabs. Released last year, K-Shop is about the son of a kebab takeaway owner who turns vigilante after his father is murdered by rude, boozed-up punters on his shop doorstep. This British slasher movie delivers a cutting social commentary about the sordid side of British nightlife – with a side order of stomach-churning black humour.

A more palatable part of kebab culture is the accompanying drink. This year, the BKA is promoting ‘the world’s first beer for kebabs’. Called Bira London, it is specially brewed by Molson Coors at Burtonwood Brewery in Warrington, highlighting one of the many innovations the annual awards is spawning.

So who’s in the running for a prize this year? There are a total of 17 categories, covering everything from regional winners, to best kebab van and best value, through to best fine dining.

See this year’s shortlist here. May the best kebabs win!