Why has the world turned its back on refugees? And what you can do to help this winter 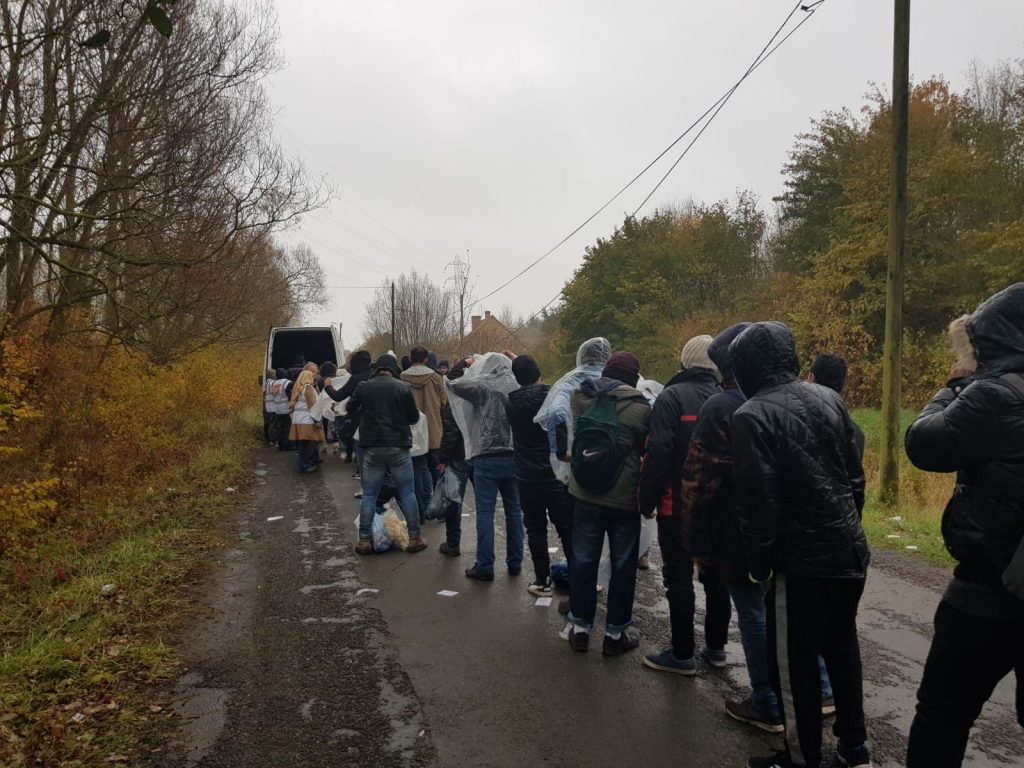 In 1939, when London was being relentlessly bombed by Nazi Germany, the British Government put into place one of the largest evacuation plans ever seen, moving over 1.5 million children from London to rural locations around the country considered to be safe from bombing. Strangers opened their doors to these children and welcomed them, away from harm’s way.

Fast forward some 80 years, why has there been such a contrasting attitude towards today’s refugees?

According to the UN Refugee Agency there are about 68 million refugees worldwide. Well over 10% of the world’s refugees come from two countries: Syria and Afghanistan. Millions more are from South Sudan, Myanmar and Somalia – nations torn apart as a result of war and persecution.

Today in Britain the nationalist far-right, egged on by the vile American president, along with the Tories and UKIP and their xenophobic rhetoric, which was normalised during BREXIT, is growing. The irony of these British fascists performing Nazi salutes is clearly lost on them and their sympathisers, standing totally counter to the sacrifices their grandparents’ generation made when fighting the Nazis to stop these hideous ideologies from coming to the shores of Britain.

Anyway, I digress. I have been attending refugee camps in Calais and Dunkirk for a few years now. I have met Syrians, Afghans, Somali, Eritreans and Kurdish refugees. They all have one thing in common – they want a better life; one where they can be safe, away from the constant shelling and oppression they have all been subjected to.

We can never appreciate the treacherous journeys they have undertaken, many walking thousands of miles, navigating rough seas in boats that are nothing more than death-traps; only to arrive in France and be treated to the worst kind of humanity possible.

Do not be in any doubt – the French Government are overtly racist and every visit I make with the Communication Workers Union (CWU) or GMB (Britain’s General Union), you cannot help but be affected by the sights that greet you.

I visited Calais as part of the GMB Race delegation less than a month ago. I met a young Iranian man who was in Calais with his younger brother. They had to flee Iran as it was becoming increasingly dangerous for him and his family, living as Iranian Christians. They travelled over 3,300 miles. Mainly walking, hitching rides with strangers, and crossing vast seas in boats completely unsuitable for the journey.

His parents are in their 50s and currently safe in Istanbul, but they too are soon planning to walk to Calais. He fears for their safety in transit.

For the likes of me and you these fears and situations are completely alien. We will simply never truly understand the huge risks being taken by today’s refugees. And now, more than ever, they need our help.

In Dunkirk, just a couple of weeks ago the Women & Children’s Refugee Centre was burnt down – every single piece of aid was destroyed. At the same time in Calais, refugees living in tents in the woods found French police slashing their tents, rendering them useless. This is the reality for refugees living in France.

I am grateful to T-VINE Magazine for allowing me to use this platform to raise awareness of the plight of refugees.

It’s also a good opportunity to announce that I am organising another aid trip to Calais/Dunkirk for Saturday 8th December 2018. The weather is beginning to change and sadly a lot of the refugees will die if we do not get vital aid to them.

What to donate for the next aid run

The most needed items are:

Collection points are currently available in:

Thank you for taking the time to read this – any donation that you make to help the refugees will be gratefully received.

To arrange a collection, please email me: n17fevzi@gmail.com