11 schoolgirls die in fire at private school dormitory in Adana 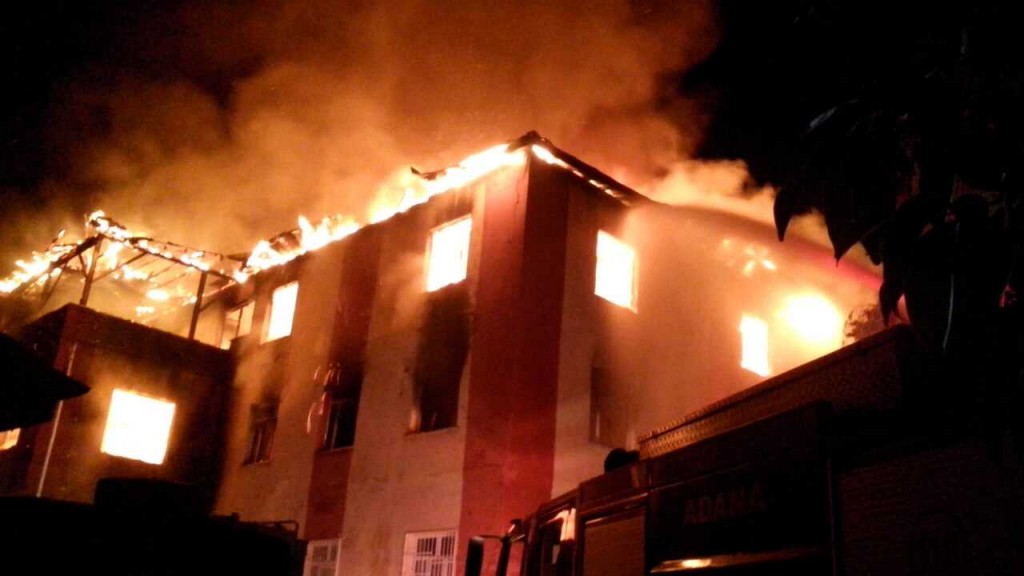 A major fire in the dormitory of a boarding school in southern Turkey has claimed at least a dozen lives this evening.

It is believed 28 students aged 12 and 13 years old and various staff were inside the building at the time the fire took hold.

The blaze broke out at the private junior high school located in the Aladağ district of Adana around 7.30pm and quickly spread across the three-floor building. Emergency services rushed to the scene to find ferocious flames enveloping the dormitory.

Adana Governor Mahmut Demirtaş told Anadolu Agency that so far 12 bodies had been recovered, while a further 23 rushed to various hospitals across the city. Demirtaş said some students had been injured by the affects of smoke, while others were injured as they tried to escape the burning building.

The fire has since been brought under control and fire investigators are currently trying to determine the cause of the blaze.

Fatih Durukan, head of Adana’s Fire-Fighting Department, told the media that 11 students and one member of staff had been killed in the fire. His team had reached all parts of the dormitory and were satisfied no one else is left in the building. Of those admitted to hospital, Durukan believed none are in a life-threatening condition.