A triumph for Trump – but the world holds its breath 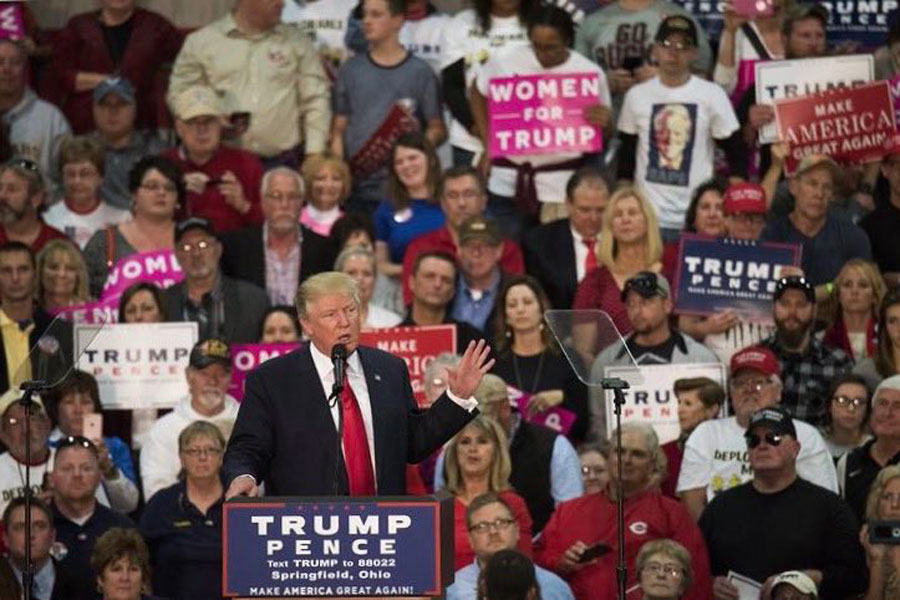 2016 is certainly going to be remembered for many things. In years to come when you get a quiz question “in what year….?” there will be a good chance the answer will be 2016.

The year of the underdog continues to back the most unlikely scenarios. No-one gave Leicester City a chance of winning the Premier League; the prospect of BREXIT was laughed at by many (unless you lived in Boston, Lincs); and bookmakers didn’t give Trump a chance against Hillary Clinton in the American Presidential race. But, all of those outcomes have turned out to be reality. Leicester winning the Premier League is a bit of a fairy tale come true but for many BREXIT and Trump is a nightmare of epic proportions.

As someone who follows politics fairly closely, I really did not give Trump a chance. Not even a fighting chance. The vileness of his character really stood out for me. His rhetoric targeted women, immigrants, Muslims and many other groups. His platform promoted the politics of hate, division and intolerance. I cannot recall a more personal campaign fought in a political contest. In many respects it was nothing short of disgusting. Even leading figures in his own camp detested the man.

I remember seeing a Trump rally just 3 days before Americans went to the polls and his supporters were shouting “lock her up” , which was in response to the ‘trumped’ up (pardon the pun) issue around Clinton and her emails. Then in his victory speech he said “Hillary has worked very long and very hard over a long period of time and we owe her a major debt of gratitude for her service to our country.” Was he talking about the same Hillary Clinton?

Mr Trump has crossed the line on so many occasions during his Presidential campaign but the American people seemed to love it – well clearly they did as they have voted in a man with not a shred of political experience behind him. When you throw in the fact that his businesses have been declared bankrupt a total of six times, I wonder if the people of Great Britain would ever elect someone who is reported to have been racist, sexist, Islamophobic, grabbed women’s genitals and been declared bankrupt on multiple occasions?

A quick look at the breakdown of the vote shows a degree of predictability but there were also a few surprises. It was of no surprise at all that a significant majority of white men and women backed Donald Trump. Interestingly the former head of the Klu Klux Klan David Duke tweeted, “this is one of the most exciting nights in my life…our people have played a HUGE role in electing Trump.”

This is one of the most exciting nights of my life -> make no mistake about it, our people have played a HUGE role in electing Trump! #MAGA pic.twitter.com/HvJyiJYuVa

Given Trump’s outspoken nature I thought it was a no-brainer that the non-whites would get behind Hillary in massive numbers. The stats suggest a different story. 33% and 26% of Latino men and women voted for Trump. 13% of black men voted for Trump.

I have no doubt that America is now a much less safer place for people with darker skin or for people who are Muslim in appearance.  Already I am seeing reports, much like the spike in attacks post-BREXIT here in the UK, where Muslim women are being spat at, being told to take their hijabs off and hang themselves with it…. this is only the start. Anecdotally I have heard many Turkish Cypriots say there is no way they will travel to America for holidays. They are scared their surnames will attract unwanted attention.

Trump was an anti-establishment figure. There is no doubt about that. People are becoming sick of failed policies and the fact that politicians by and large are unrepresentative of them (in terms of Trump that is really worrying).

The people of America have decided. They have democratically elected Mr Trump and the world has to accept that. I agree with some of the political commentary out there that out of a population of over 400M it is a sorry state of affairs that it boils down to a race between Hillary Clinton and Donald Trump. Couldn’t the political machinery churn out better candidates for the American people? Of course, sorry I forget about the legend Bernie Sanders who came so close to getting the nomination for the Democrats but for the super delegates who made sure Hillary was their chosen one. It would have been an interesting contest had Bernie Sanders been up against Trump. For a start there would not have been any skeletons in the cupboard for Trump to play with.

Time will tell if Trump is good for America. My hunch tells me that scandal will never be too far away from the President-elect. Apparently the Canadian immigration website crashed immediately following the news of Trump’s success. Now there is a Presidential comparison: Trump and Trudeau.

He provides pro-bono Employment Law Surgery at theTurkish Cypriot Community Association in Harringay. Contact TCCA if you want an appointment with him.