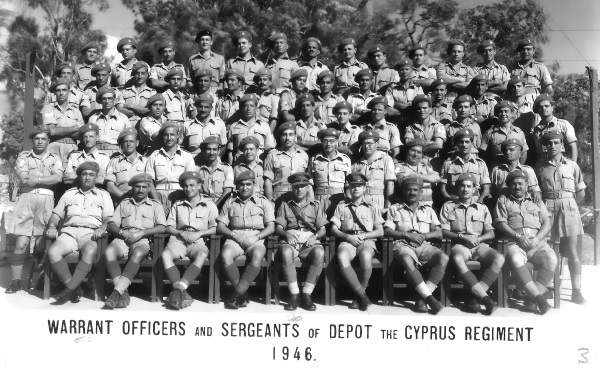 For men have died from there…..”

On Sunday, Britain will commemorate the end of two World Wars, and all those who fought in them and in subsequent engagements. As the nation pays tribute to those non-nationals from the Commonwealth who gave their lives to ensure our survival, the sacrifices and deaths from one Commonwealth community – the Turkish Cypriots – go almost unrecorded and unremembered.

Cyprus came under British rule in 1878 and formally became a British colony in 1925, remaining so until its independence in 1960. The Cyprus Regiment was established in 1940, which was served by an estimated 30,000 Cypriots – both Greek and Turkish.

The Regiment was primarily given transport duties during World War II, a role which sounds relatively safe until you realise that this meant driving mules laden with vital water, ammunition or medical supplies right up to the front line under heavy shelling, with no covering fire, and defending yourself into the bargain. Cypriot mule drivers were the first colonial troops sent to the Front, and served in France, Ethiopia and Italy carrying equipment and supplies to areas inaccessible to vehicles.

On a brief visit to Cyprus in 1943, Winston Churchill rightly praised the “soldiers of the Cyprus Regiment who have served honourably on many fields from Libya to Dunkirk.”

Sadly, yet again this year no-one will be laying a wreath for them at our national Cenotaph. While representatives of the Commonwealth, including Greek Cypriots, are permitted, that same right has never been extended to the Turkish Cypriot community. It’s time to change that.

Do you have an uncle or grandfather who served in the Cyprus Regiment or in another part of the British Armed Forces? If so, we at T-VINE are appealing to you to send us all the details you have, and any photographs, as the first step towards perpetuating their gallantry and reminding people about them in future years.

At the end of this article are details about how you can get in touch with us, and we look forward to hearing from you. These men were heroes, and they deserve to be remembered and celebrated among all the other creeds and races who died for freedom.

We believe there may have been as many as seven thousand Turkish Cypriots in the Cyprus Regiment, and hundreds of them will have died in this dangerous duty. Little is known about them – a few who were brave enough to be “Mentioned in Dispatches” were published in the London Gazette:

There was also Colonel Ömer Faik Müftüzade, who was subsequently awarded the George Medal for bravery, and the Queen’s Medal for Gallantry, and about whom we know a great deal, because he actually commanded the Cyprus Regiment for part of the war. From 1975-82, Müftüzade was the first London Representative of the Federated State of Cyprus in London.

If you are a friend or relative of one of those named above or another Turkish Cypriot who served in the British army, let T-VINE know.

Turkish Cypriots are one of the few minorities who are not regularly remembered during the Cenotaph Commemoration in London, and with your help, a special wreath could be laid in their memory.

You can email john@t-vine.com with as many details as possible of what you know, and what photos you have. With your help, T-VINE can start a campaign to ensure that Turkish Cypriot soldiers get due recognition for their bravery at last.