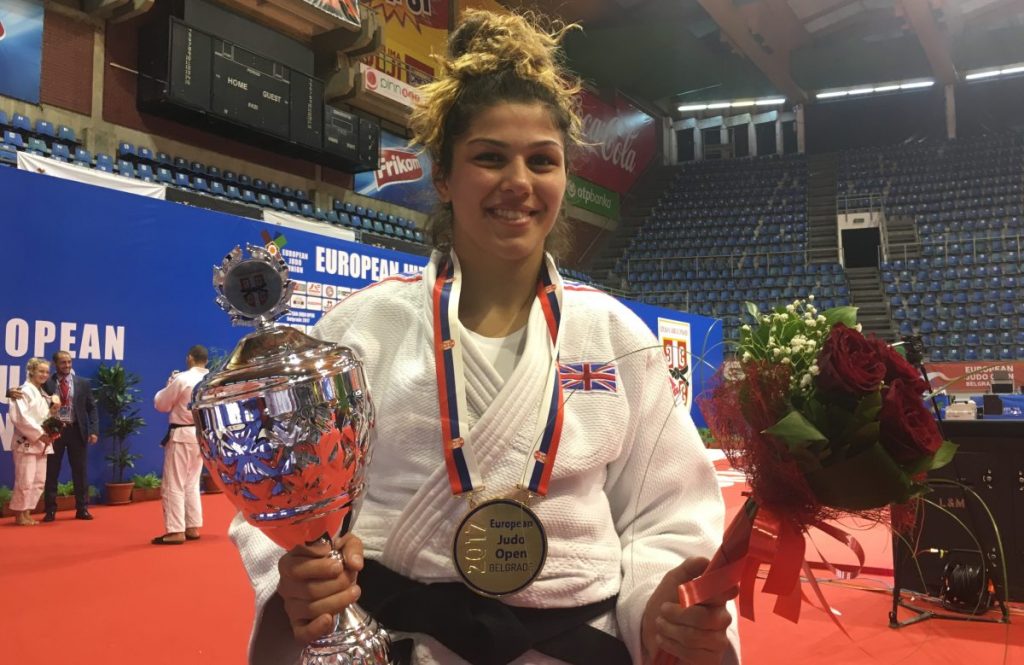 A British teenager has won gold at Judo’s European Open in Belgrade at the weekend. At 19-years-old, Acelya Toprak was the competition’s youngest winner, beating her older and more experienced opponent, France’s Amelie Guihur, in the final of the U57kg category.

Of Turkish Cypriot origin, Londoner Acelya Toprak is the reigning British U57kg champion – winning the title last year, having previously fought at the U63kg weight. Earlier this year, she won gold during a tough European Cup Juniors tournament, which was held in Leibnitz, Austria. Last week, the in-form fighter was in action at the European Juniors in Maribor, Slovenia, where she took silver.

Travelling with the Great British senior team to Serbia at the weekend, Toprak outdid expectations, reaching the finals and then beating Guihur, aged 23, a former European Open champion  herself. With the scores level at the end of normal time, the bout was extended and the Golden Score rule came into play. The Dutch referee awarded a penalty against Guihur, making Toprak the automatic winner. Her gold medal was one of four medals for Great Britain in Belgrade.

After the final, Toprak told Judo Inside: “I changed weight category after the EYOF in Georgia in 2015 from U63kg to U57kg and I became British champion. This is definitely my weight category. My normal weight is about 60kg and it’s no problem to lose the three kgs. This time it was just a week from Maribor, so quite close, but in fact no problem. I was quite a chubby baby, ha ha. But coming back from U63kg where I booked some smaller successes is a good confirmation that this is the right category.”

Photo of Acelya Toprak in Belgrade by Judo Inside