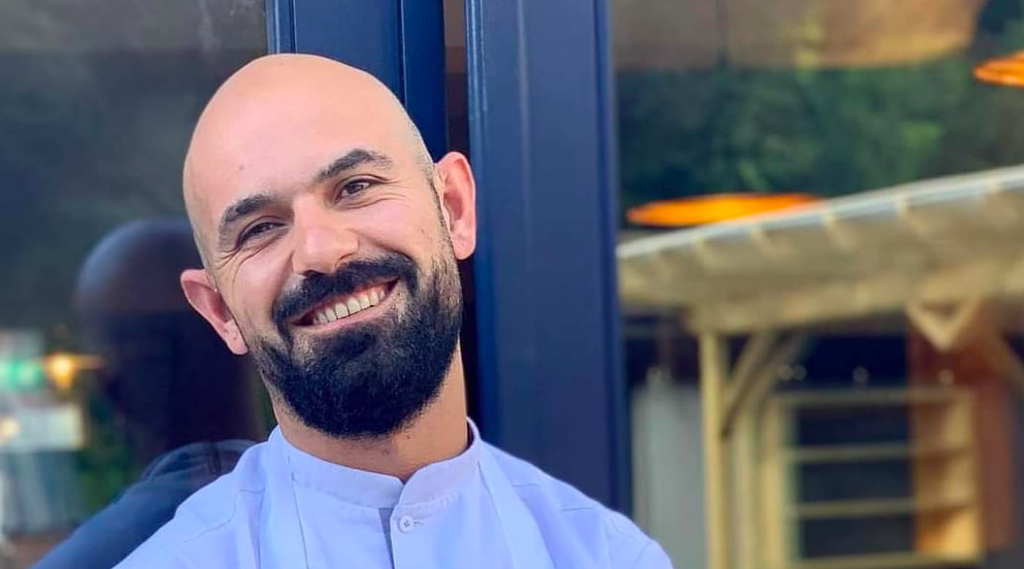 Last month, Ahmet Dede’s West Cork restaurant ‘dede’ was awarded a Michelin star. It was the second Michelin accolade for the Turkish chef, who previously held a star at the now closed Mews restaurant.

In a recent interview with the Irish Independent, Dede said: “My intention and goal was to cook Turkish-inspired food with a connection to the producers of West Cork and all the foraged and wild ingredients that I like.

“I was so free, my own boss for the first time, with no influence from anyone. I believed in my gut more than ever. We opened in the summer and became more Turkish over the course of the year as I started introducing more traditional things that I had learned to make at home with my mum.”

The Ankara-born chef, now aged 35, moved to Ireland a decade ago unsure of what career path to take.

His family had moved to Kuşadası when he was aged ten and while living there, he helped out at his uncle Ali’s European style restaurant during the school holidays, giving him his first taste of catering.

However, it was his experiences cooking with his mum at home that really helped peak his interest in food.

“My interest in food started through helping my mother at home…She was a housewife with four hungry people to feed and my brothers never helped. She used to make fresh bread and pastries for breakfast each morning, and little dumplings called ‘mantı’.”

Dede’s mantı is one of the dishes that impressed the Michelin inspectors when they visited Baltimore last year.

His first job in a restaurant in Ireland was as a pizza chef at Extreme Pizza in Rathmines, a suburb of Dublin.

His potential was soon spotted by Irish chef JJ Healy, who encouraged Dede to enrol on a culinary arts programme. It was there in 2010 that Dede discovered the Michelin Guide and quickly sought out Irish Michelin-starred restaurants to gain experience.

A two-year stint at Chapter One was followed by work in the kitchen of two-star Restaurant Patrick Guilbaud. Dede then moved to the Netherlands, where his brothers were living, and worked for a time at two-star &Moshik in Amsterdam, before travelling to Norway for a short spell at the two-star Maaemo. Each restaurant specialised in different food, helping Dede to build up his culinary skills and techniques.

On his return to Ireland in 2017, Dede was experienced enough to apply for head chef jobs. He moved to Baltimore, a village in Country Cork, on the island’s southern tip, to head up the kitchen in the Mews, creating a Nordic-inspired menu that was based on locally-sourced produce for the restaurant.

Word about the fantastic cooking at the Mews quickly spread and in October 2018, the restaurant won a Michelin star, which it retained the following year. However, by January 2020, the owners decided to close the seasonal eatery down.

Dede retreated to his family home in Kuşadası. However, one of his village neighbours, Maria Archer, had other ideas of tempting the talented Turkish chef back to Baltimore.

Maria had worked in Dede’s kitchen at the Mews trying to learn enough to run her own restaurant at nearby The Customs House, which her and her partner had renovated. She had seen first-hand Dede’s dedication and passion, and how he inspired his team with his creative, precision cooking.

When the Mews closed down, she invited Dede to be part of a new venture and the restaurant dede was born.

dede opened its doors for the first time in July 2020, and while avoiding the frills of fancy dining restaurants, the restaurant has quickly established itself for its fine food and warm ambience. It boasts both indoor and outdoor dining spaces, functioning both as a café and deli.

This is what the Michelin Guide said about dede after award the restaurant its first Michelin star:

“2020 saw talented Turkish-born chef Ahmet Dede travel three doors up from the now closed Mews restaurant to open dede at the Customs House – and just a few months later, it has won a Michelin Star.

“The seasonal tasting menu celebrates the produce of West Cork, with dishes like Sherkin Island oyster tart, or wild Irish venison with spiced red cabbage, redcurrant, buckwheat and orange. Cooking uses a minimal waste approach and the original dishes are refined, elegant and beautifully composed with plenty of personality and a subtle hint at Dede’s Turkish heritage.”

Ali Güngörmüş first Turkish chef to get a Michelin star

Ahmet Dede is only the second Turkish chef to be awarded a Michelin star. The first was Ali Güngörmüş, who won a star in 2007.

Originally from Tunceli, Güngörmüş moved to Munich, Germany, in 1986 when he was ten years old. He went to catering college and finished with a first, which enabled him to receive a state-funded scholarship to help further his gastronomy studies and career.

Like Dede, Güngörmüş worked in multiple Michelin-starred restaurants before opening Le Canard in Hamburg in 2005. Two years later, he received a Michelin star.