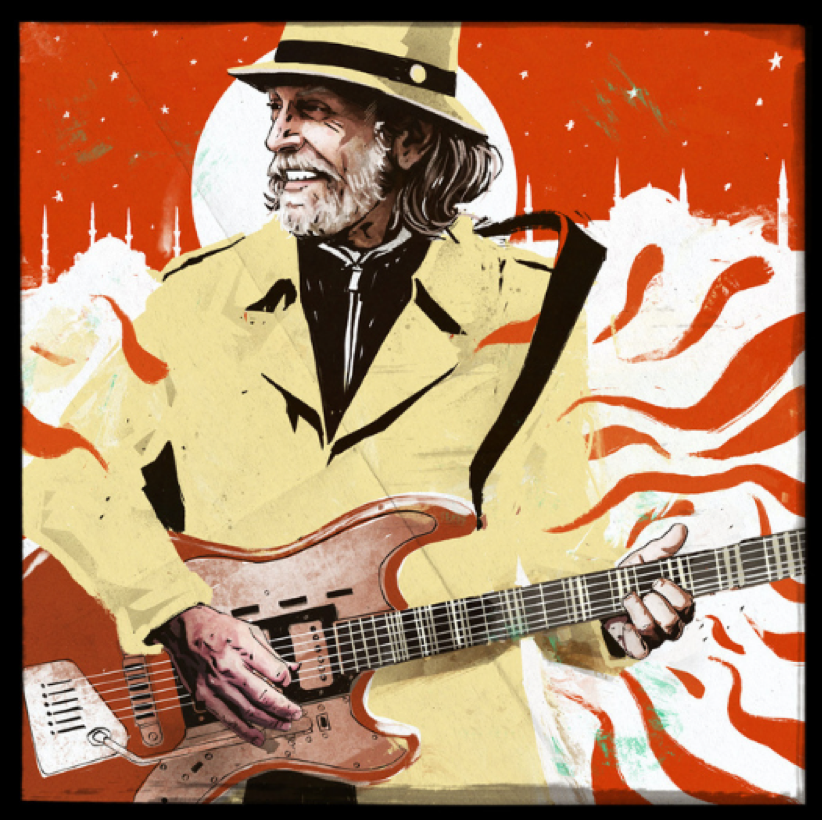 Taner Öngür has been the torch-bearer for Turkish pop rock for decades, even baptising the genre with the name ‘Anatolian Pop’.

He continues to play alongside Cahit Berkay in Moğollar – the group reformed in 1993 – while also recording solo material with his band 43,75.

Born and raised in Istanbul, Öngür taps into this beautiful city’s history in Elektrikli Gramofon by covering forgotten Istanbul songs from the period 1920 to 1950.  His follow-up Sayko Ana was the personification of Anatolia itself; Istanbul’s big mama presented in the form of psychedelic folk songs from across Turkey. With Asrî Sadâ, Öngür dived into history, investigating strange stories from newspapers and archives from the 1930s to the 1960s.

On Friday, Öngür’s latest offering Water Cycle digitally dropped on Tantana Records, with Diggers Factory taking pre-orders for the LP version of the album, due out in January 2021. Only 500 copies will be pressed, immediately making it a collectors’ item.

Billed as “an instrumental Guitar Trip from Istanbul”, Water Cycle is full of instrumental songs with an intangible yet clearly progressive touch. The band is once again surfing through the waves of Anatolian psychedelia steeped in melancholic guitar. Öngür’s clean guitar tones mix up perfectly with curvy, unpretentious bass guitar, bringing a feast for our ears and hearts.

Water Cycle is available to stream from Diggers, and you can also pre-order the LP from the same: https://www.diggersfactory.com/WaterCycle

Main image, top, is the album cover for Water Cycle by Taner Öngür & 43,75