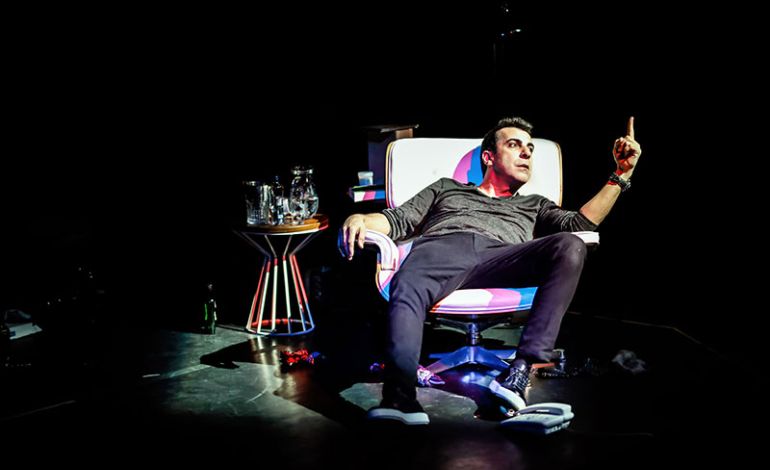 In the universal order in which everything exists only by its opposite number, these two genetic miracles, who owe their entire existence to the other, need only one thing for their peaceful continuity: balance. But how easy is it to find that balance?

Semih is a man desperately trying to save his relationship. His only chance is to answer in 15 days a question put to him by his lover: “What does a woman want from a relationship? ”

The play starts in the final hour of the 15-day challenge. Semih has desperately sought out the answer to the question in his books, memoirs and by asking his friends. He enters the stage a confused man.

As Semih seeks to set down his answer on what a woman’s expectations in a relationship are, he also addresses the question; “Is the male mind an oxymoron?

There have been rave reviews of Emre Karayel’s performance, as he expertly uses the simple set props to symbolise Semih’s brain and interacts with the audience to bring the whole story to life.

Who is Emre Karayel?

Turkish actor Emre Karayel was born in Kadirli, Adana, in 1972. After graduating from university in 1999, he started working as a presenter on children’s programmes at Turkish state broadcaster TRT.

Karayel made his acting debut in 2000, appearing in Bizim Evin Halleri, directed by Samet Polat. He went on to star in many hit TV series, including Gümüş [Silver], Kurtlar Vadisi Pusu [The Valley of the Wolves: Ambush], and Kocaman Ailem [My Family].

His first feature film was Polis (2006) by iconic Turkish director Onur Ünlü. More film roles followed including Bunu Tutsak, Zincirbozan, El Değmemiş Aşk, the latter being one of the biggest grossing films in Turkey in 2009.

Although well-known on the small and silver screens, Karayel remains connected to theatre. He has featured in productions such as Testosteron, Othello, Ghetto and Azizname. For his role in Testosterone in 2013, he received the 13th Afife Theater Award for Best Actor in a Musical or Comedy.

He is currently touring in a hit solo production ‘Oksimoron Erkek Aklı‘, which has been running since 2018.

Times: two performances on same day: the matinee is at 3pm and the evening show starts 6.30pm