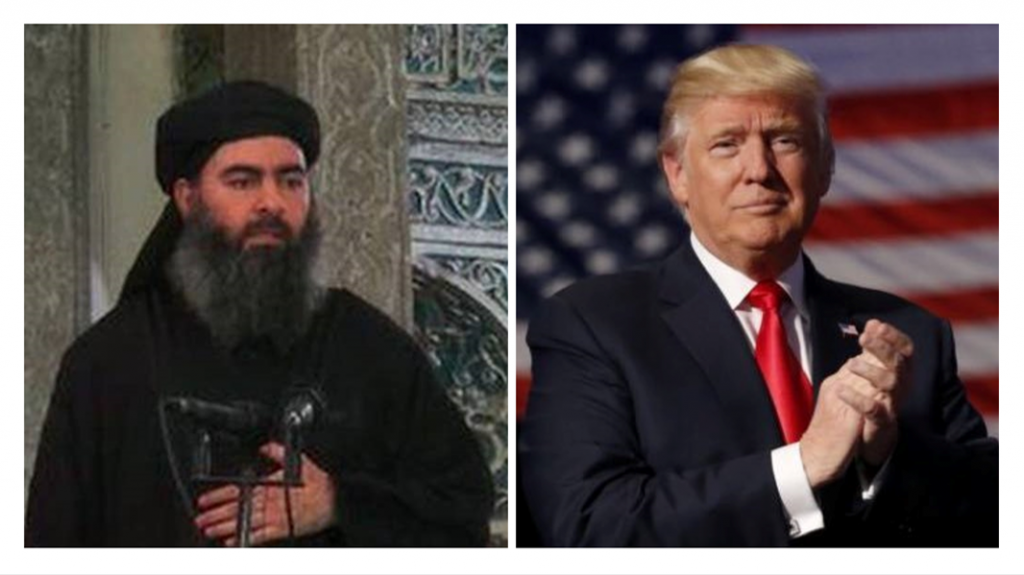 A Turkish professor from Istanbul has said that the death of Daesh leader Abu Bakr al-Baghdadi during a US special operation in Syria is “God-sent good news” for Donald Trump. The American President has come under fire for pulling American troops out of Syria and is also facing domestic calls for his impeachment.

Professor Hasan Ünal, an international relations specialist at Maltepe Üniversitesi, made the remarks in an interview he gave to Russian news agency Sputnik. He said:

“The timing is of utmost importance in that the killing took place at a time when Turkey in particular and, perhaps, Russia, and by implication, Syria were trying to give Trump something like a trump card in his struggle against the Congress.”

“This may be like God-sent good news that the US president could use to win the US public as well as the Republicans in Congress over to his side, saying that the US has succeeded in crushing ISIS, the oft-reiterated pretext for the US military presence in Syria”, added Professor Ünal.

On Sunday night, President Trump announced that al-Baghdadi – the world’s most wanted terrorist – had been killed during a raid by US special forces in Idlib province, north-western Syria.

Al-Baghdadi was discovered in a “safe” house in the village of Barisha. The Daesh leader is said to have fled into a tunnel with three of his children after US forces stormed the building, and is said to have detonated his suicide vest, killing all four.

Speaking at the White House, Trump gave details of the operation, claiming that al-Baghdadi died “whimpering and crying”.

“He reached the end of the tunnel as our dogs chased him down. He ignited his vest, killing himself and his three children. His body was mutilated by the blasts. The tunnel had caved on him”, President Trump said in a televised address.

The development was warmly applauded by international leaders and media, although some have questioned the American leader’s version of events.

It does, however, offer Mr Trump some respite following a heavy backlash in Washington after his decision to withdraw troops in northern Syria, to allow Turkey to conduct its own military operation against terrorist groups operating along its long border with Syria.

Mr Trump is also facing an impeachment hearing after a whistle-blower claimed the American president had tried to pressure a foreign government to investigate his political rivals.

The US House of Representatives is due to take its first formal vote on the issue this week. House Speaker Nancy Pelosi said the vote “sets forth due process rights for the President and his Counsel”.