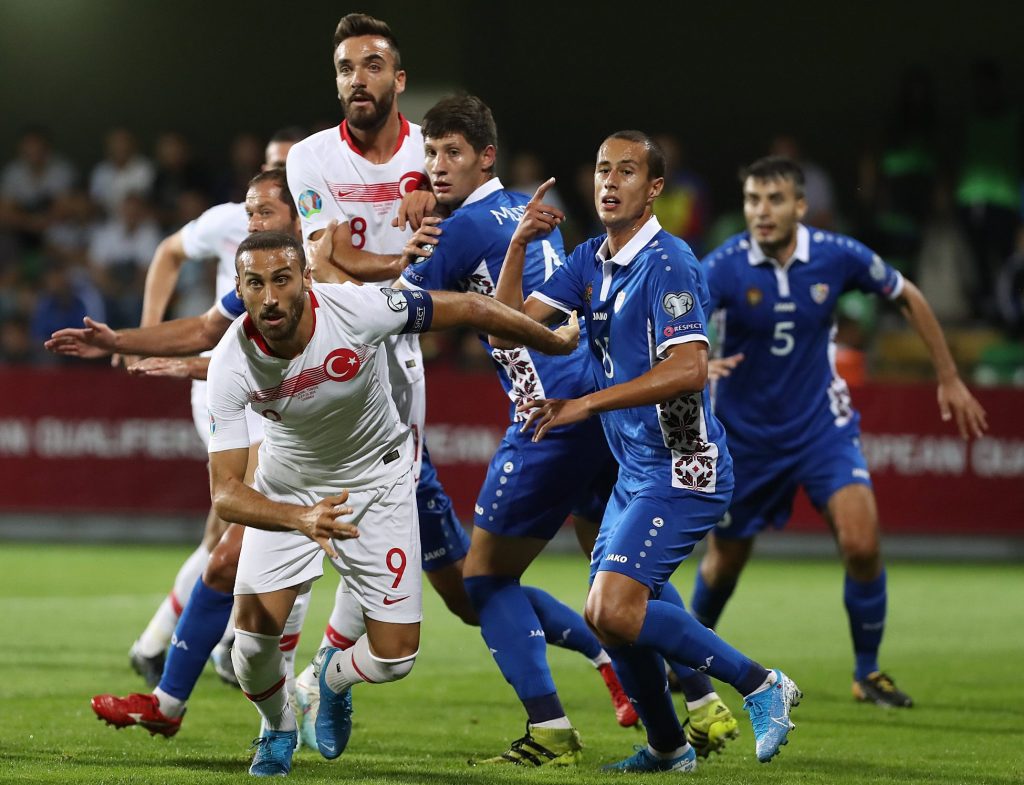 Wins over Andorra on Saturday and Moldova on Tuesday evening saw Turkey rise to the top of Group H in their Euro 2020 campaign.

Turkey turned in a lacklustre performance against the group’s weakest opponents Andorra at home in Istanbul at the weekend. Although dominating for large spells, the Turks could not find a way to convert possession into goals, making hard work of beating a team ranked 99 places lower than themselves (Turkey’s FIFA ranking currently stands at 37, while Andorra is ranked 136th in the world).

The only goal of the match came late, from a header by Ozan Tufan in the 89th minute.

The team upped their performance for the away trip to Moldova. Out-of-favour Everton striker Cenk Tosun scored a brace for his country to send a timely reminder to club manager Marco Silva about his goal-scoring capabilities.

Tosun’s first, a simple chip, came on 37 minutes. His second – and Turkey’s third, followed on 79 minutes: a header from a rebound after Hakan Çalhanoğlu’s volley hit the crossbar.

Fenerbahce’s Deniz Turuç made it 2-0 on 57 minutes with a delightful free-kick, burying the ball in the bottom right corner from 25 metres out.

The Turks wrapped up proceedings at the Zimbru Stadium, in the capital Chisinau, with a classy goal from Lille midfielder Yusuf Yazıcı in the 88th minute.

Picking up the ball just inside the Moldovan half, Yazıcı sprinted towards the box, cutting in from the left, where he wrong-footed the defence to carve out room for a right-footed lob that the goalkeeper, off his line, had no chance of saving.

It was Yazıcı’s first goal for his country, having made his senior debut for the national team in June 2017.

In other Group H matches, France defeated Andorra 3-0 at Stade de France, while Iceland lost to Albania 4-2 in an away game at the Elbasan Arena. 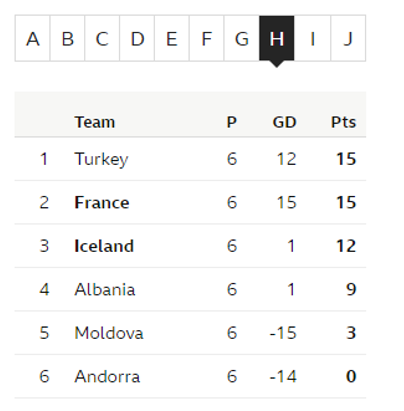 It leaves Turkey level on points with France 15, but sitting at the top of the table having beaten France 2-0 back in June.

Turkey’s next Euro 2020 qualifiers will be in October. The leaders will take on Albania at home on 11 October, followed by a crunch match away to France three days later.