Ankara Agreement suspension – will you stand by or stand up? 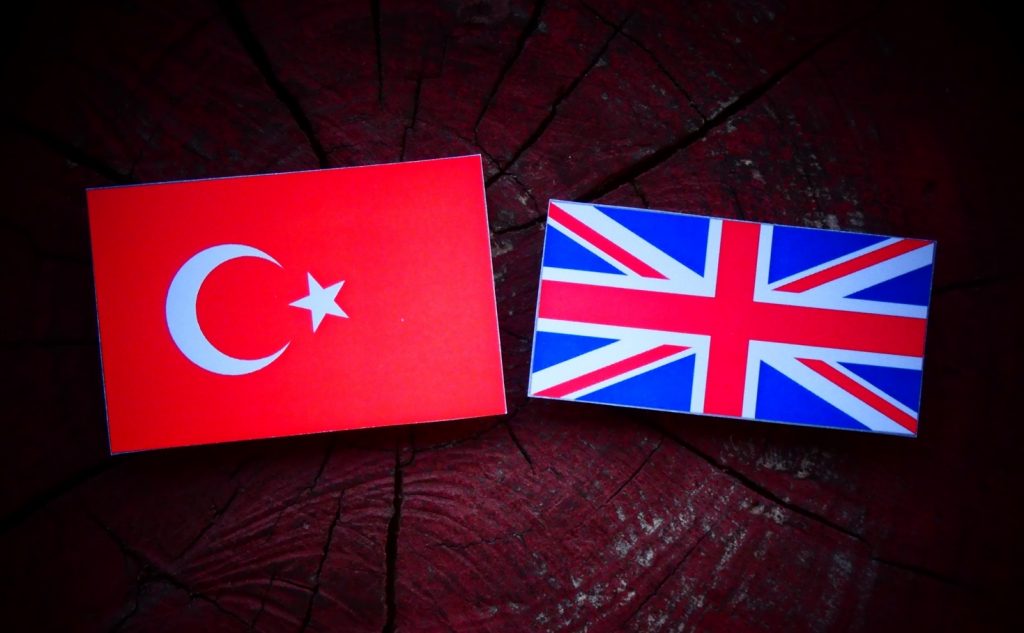 Would you like to hear a story? It’s about a forgotten deal between the UK and Turkey, which came to life in the 90s. For the past two decades, the Ankara Agreement has been a strong and vital option in enabling commercial immigration from Turkey to Britain. Recently, the significant rise in new applicants has brought serious unwelcome attention to this agreement and in the current anti-immigration climate, a desire for action.

Once upon a time (in 1963 to be precise) an agreement was signed through the European Economic Community (EEC) to strengthen commercial relations between Turkey and European countries, creating a customs union plan that has evolved and grown over the years.

In 1973, an additional protocol was signed and one of the main opportunities arising from this was the right for Turkish nationals to move to EEC states to set up new businesses and services. As a result, a considerable percentage of the Turkish community in the UK has its relocation roots in this agreement. They have come to Britain to start their own business and eventually earned the right to permanently settle here.

Now the important and often ignored principle of this immigration route is the fact that once a Turkish citizen agrees to use the Ankara Agreement to enter Britain, they can’t apply for any public funds here. Nor can they apply for any jobs. They have to remain self-employed for the entire four-year period they reside in Britain before they become eligible to apply for Indefinite Leave to Remain (ILR). In order to survive this challenge, all applicants must be sufficiently economically successful to be able look after themselves and any dependents they have.

At the start of 2017, a Turkish citizen, Mr Aydogdu, made an application to include a dependent in his ILR application. The problem was that his dependent hadn’t been in residency for as long as him, which was a prerequisite to getting his application approved. As a result, the court ruled against his request. So far, fair enough, right? Right.

Interestingly, the court found it appropriate to rule against the whole Ankara Agreement, stating the “rights” given were not in line with those provided for other types of immigration status. Forty-four years and thousands of applicants later, amazingly this ‘wrong’ was set to be corrected.

These so-called “rights” are actually conditions that must be met in order to apply for ILR. No one views these as a guarantee of securing ILR status. Moreover, that there is no guarantee is clearly stated in the Agreement, application forms and on the Approval of Extension letters that the Home Office issues, but we digress…

As far as I understand, this court ruling is not binding on future government decisions. It informs their approach when creating or amending regulations, but it is not mandatory for them to act on the ruling. There are plenty of examples arising from similar Ankara Agreement challenges and court decisions, which didn’t result in any significant changes either.

Yet three weeks ago (16 March 2018), an announcement was made via the gov.uk website that ILR applications will no longer be accepted following the Upper Tribunal decision on Aydogdu case.

So here I am, just a month away from my ILR application, having complied with every rule and regulation that the British Government insisted upon as part of this Agreement, being denied the right to apply for ILR, even though this “right” is expressly stated in my Approval of Extension letter, signed and sent by the Home Office.

I appreciate that situations are ever-changing. That’s the nature of life and everything in it. I understand nothing is guaranteed. That’s OK. Yet one would expect at least a decent level of common sense and consistency on legal matters and decisions made by a government which claims to be one of the oldest and strongest democracies on the planet.

The reactions from the British Turkish community are almost as bad as the shocking behaviour of the British authorities. I have lumped the responses into two broad categories, and I have a problem with both of them! The first one is “blame the Aydogdu family”. Some in our community are angry that this family dared to apply for something they had no right to and so paved the way for the removal of all our rights. It doesn’t seem very fair or wise to hold a single individual responsible when they had no authority or place in the design of this agreement nor could they or their legal team possibly foresee the ramifications of the court’s ruling. Mr Aydogdu’s right to take a chance and request ILR for his family is as natural as the authority’s decision to reject it. Would we not also seek such an opportunity if it were us?

The second response is even more disappointing. The resignation that we now have to accept this decision as legitimate and live with it, because we are not ‘British citizens’ so cannot possibly have a say on the government’s decisions. As a tax-paying resident of Britain, this is a point of view I cannot and will not accept.

The community is engulfed by huge confusion following the mid-March decision to suspend the ILR applications for the Ankara Agreement. Yes, we get that Brexit has complicated matters. We understand the outcome of the 2016 referendum is the collective spoiled expectation of Britons becoming autonomous of Europe, without giving much thought for the consequences.

Who is going to take a stand for us excluded citizens? What’s worse is that this government decision has been put behind inaccessible walls and sadly there is no board or committee in Britain which seems capable of championing the rights of Turkish nationals here. Rights, may I add, which were upheld by successive British governments for decades and now seemingly removed on a whim.

It is easy for people to self-blame when they feel underrepresented and that the odds are stacked against them. How can we confront such a situation, when we are not sure of our rights? What chance can we have against the British Government?

Many Turkish nationals whose status is not secure in Britain will be thinking these very thoughts, but let me assure you, the British Government is capable of making mistakes. We see this with alarming regularity of late. They do not think every action through, and their decisions can and should be legally challenged.

Who are they to deny thousands of people who legitimately entered this country? Was it not the British authorities who gave us the expectation that we could settle here if we invested our time, money and labour in this country? Are we not tax-payers contributing to the UK’s economy all these years, while bearing a set of restrictions that are not expected of other international entrepreneurs in Britain?

As long as we don’t become aware of our rights and challenge this patently unfair decision, as long as we give up the fight before even trying, we not only undermine ourselves but also future generations.

I, for one, suggest we come together even if there’s currently no one to lead us. We must not only fight this wrong, but also begin to create a platform for ourselves, one which should have been formed years ago. Hopefully this can be a watershed moment in our community’s history in Britain: after decades of segregation based on our lifestyles and views of politics in our homeland, we can move beyond this type of polarisation to live together in peace and drawing on our collective strength.

We need to connect, have our say, share an idea to build the community up, not break it down. Luckily we’re in a country full of inspiring people who have already been doing this.

Finally, please be aware that I’m not lawyer or expert on these matters, just an individual who tried to take the Ankara Agreement route and suddenly found herself abandoned by overnight changes from the UK Home Office. Although I have done my best to research, there may be errors in the details above. Whether you’d like to inform me of any inaccuracies or to help form a campaign to push back this new ruling, please get in touch by email: znsuner@gmail.com

Article and opinions by Zeynep Nil Suner. This article was first published on 18 March, 2018 on Zeynep’s personal blog and had been edited for T-VINE Magazine. Zeynep came to the UK to start her own business under the ECAA Agreement after overseeing the content of in-flight magazines for Turkish Airlines.