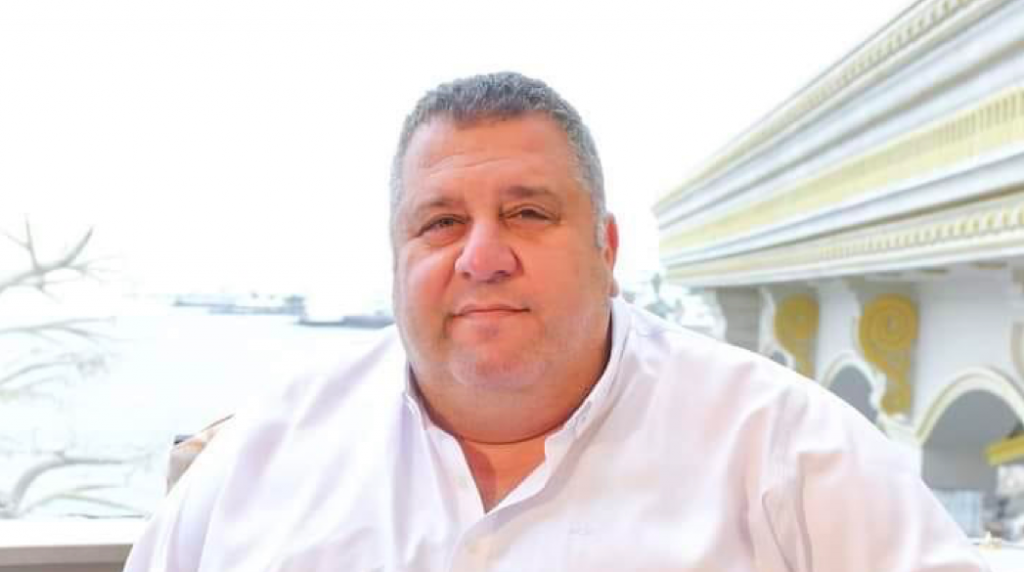 Multiple arrests have been made in Turkey and the Turkish Republic of North Cyprus (TRNC) after Turkish Cypriot businessman Halil Falyalı and his driver Murat Demirtaş were killed in an armed ambush in Çatalköy, Girne, on Tuesday evening.

One man, 49-year-old Ömer Tunç, was arrested and has appeared in court in Girne on Wednesday morning, 9 February. He was remanded in custody for two days.

Later that same day, three men were arrested in Istanbul, while two others were arrested as they tried to flee the country on a flight from Ercan Airport on Wednesday evening.

Described as a “professional hit”, the armed attack took place at around 7pm on Tuesday evening.

Mr Falyalı’s wife Özge Falyalı and three children were travelling in the car behind as part of a three-car convoy, but were unhurt.

The 53-year-old tycoon, who had casinos, betting shops and hotel interests, had bought an armour-plated car due to fears about his safety. His family were travelling in that car when the attack took place.

Mr Falyalı was shot 16 times in the head and body as he was being driven home. He was rushed first to Girne Akçiçek State Hospital and then to the privately-owned Near East University Hospital in the capital Lefkoşa, arriving around 19.45. Despite the best efforts of medical staff, Falyalı died shortly after arriving.

His driver, Murat Demirtaş, died instantly after also being caught in a hail of bullets believed to have been fired from two automatic rifles. Police have found 48 shells at the scene of the crime.

A police statement confirmed the events of Tuesday evening: “At around 19.00 on 20 Temmuz Caddesi [20 July Street] in Çatalköy, as a result of [gun] fire opened by unknown person/s at the vehicle in which businessman Halil Falyalı was [travelling] in, the driver of the vehicle, Murat Demirtaş, died at the scene, while Halil Falyalı, who was seriously injured in the incident, was taken to the Near East Hospital by ambulance. Despite all efforts, he could not be saved and died. A large-scale investigation into the incident continues.”

The underworld in Girne

The execution-style murders have created huge public concern in the TRNC, with the President Ersin Tatar and Prime Minister Faiz Sucuoğlu pledging to personally oversee the investigation.

However, the gunning down of Halil Falyalı and his driver is not an isolated incident. Just last week, 67-year-old Mehmet Akacan, a retired policeman and father of businessman Bulut Akacan, was shot in his left leg.

Bulut Akacan claims those behind the shooting had demanded £1 million from him and when he refused to give it, his father was shot outside his home in Bellapais, Girne, around 6pm last Monday, 31 January.

In December 2020, an armed feud involving members of the same family who own the luxury Cratos Hotel also took place. Up to seventy men stormed the hotel, with police forced to intervene after shots were fired and reports received that people were being held captive inside the hotel.

Writing on his personal Facebook page the morning after the Falyalı and Demirtaş murders, Kudret Özersay, leader of the opposition People’s Party, said:

“The horrific murder and other armed attacks in recent days are events that cause deep concern for the life safety of the people and the reputation of our country, and concern us all.

“The authorities should take serious measures, provide the public with solid information about these events as soon as possible, and ensure [details about] these murders are brought to light, and the perpetrators of the incident are punished. Otherwise, there will be no peace in the country and it will be [like] an invitation for more events like this [to occur], which our country will not stand for.”

The son of a teacher, Mr Falyalı came from humble beginnings, working his way up from security guard to become a self-made billionaire.

He owned online betting shops, which not only operate in the TRNC, but are also listed in countries such as the UK, Netherlands, France and the USA.

A passionate football supporter, in 2004 Mr Falyalı and his brother Hüsnü Falyalı made an £85 million bid to buy Fulham FC from then owner Mohamed Al-Fayed.

Between 2008 and 2012, Halil Falyalı was chairman of Turkish Cypriot Super League side Mağusa Türk Gücü. He ploughed some 4 million Turkish lira into the club, and while success was not forthcoming on the pitch, the club did get a new Canbulat Stadium during this time.

During the pandemic lockdown, Mr Falyalı and his staff distributed food parcels to 10,000 needy families in the TRNC. Many Turkish Cypriots will attest to his generous and philanthropic nature. However, the businessman also had a darker side.

A long history of criminal charges

According to court records, Mr Falyalı had a long criminal charge sheet dating back to 1987 and ranging from harassment, to assault, forced detention, and threats. However, hardly any of these charges stuck, with most complaints being withdrawn before they were heard in court.

On one occasion, Mr Falyali was charged with making multiple threats against a garage and cafe owner of Turkish origin to kill him and to destroy property in London in October 2003. Mr Falyali denied the charges and the prosecution’s case collapsed due to a lack of evidence after the alleged victim withdrew his allegations.

In another incident that took place last year, Mr Falyalı was arrested on October 15 and remanded in custody after he was accused of beating an employee, Turgut Katırcı. He was later released.

He was also caught in a betting sting operation in 2016, which, according to media reports, resulted in the authorities seizing $780 million from him.

Also in 2016, Mr Falyalı and his brother Hüsnü, as well as a co-conspirator named Özgür Demir, were indicted by American federal prosecutors for laundering funds obtained from an international drug trafficking scheme. The indictments followed five years of investigation by the US Drug Enforcement Agency (DEA).

In an affidavit filed in 2015 to support an indictment against the trio, one DEA agent said informants had told them the Falyalı family was involved in running “a large-scale drug and weapons trafficking organisation” out of the TRNC. The agent also wrote that the brothers were “known to be associated with the Turkish mafia” and that their sources’ information lined up with the DEA’s own investigations of the brothers.

Özgür Demir remains on the UK’s ‘Most Wanted’ list for conspiracy to supply 18kg of heroin. While the Falyalı brothers have not been arrested over this, others in the ring have already been convicted of this offence.

In May 2021, Sedat Peker, a notorious Turkish mobster currently in exile, claimed in a video, broadcast on his YouTube channel, that Halil Falyalı was at the centre of a major drugs ring. Peker named former Turkish Prime Minister Binali Yıldırım’s son, Erkan Yıldırım as one of Falyalı’s partners.

“I am not related to or have any interest in any of these allegations. I have never seen Binali Bey or his son in my life, nor have we come together.” He also said he does not know Sedet Peker.

When questioned, the businessman accepted that he does have relations with politicians. Over the years, Mr Falyalı has been regularly pictured with the TRNC’s top conservative politicians, including the past and present presidents Derviş Eroğlu and Ersin Tatar.

Cüneyt Özdemir pressed the Turkish Cypriot businessman on other areas of his life, which have come under suspicion, and also asked about the American indictment against him.

Mr Falyalı addressed and rejected each one, adding that he and his betting business had been subjected to a smear campaign by certain Turkish media outlets for over a year and that he had, “started legal proceedings against these false news and videos”.

Mr Falyalı’s family roots are from the small Turkish village of Falya in Baf / Paphos District. The family relocated to Kumyalı, in the Karpaz Peninsula, after the 1974 Cyprus War.

He married his wife Özge, a dietician by profession, in 2012. The pair have three young children.

He will be laid to rest at Kumyalı Cemetery after midday prayers on Thursday.

Driver Murat Demirtaş to be buried in his native Turkey

Originally from Savcılıbağbaşı village, in Kaman, Kırşehir, in central Turkey, Mr Demirtaş had been working as Mr Falyalı’s chauffeur for the past five years.

He was married with twin daughters, and the family have been living in the TRNC for a long time.

Mr Demirtaş’s father travelled to the TRNC from Ankara to collect his son’s body. The funeral is also expected to take place on Thursday, with Mr Demirtaş laid to rest in Savcılıbağbaşı.