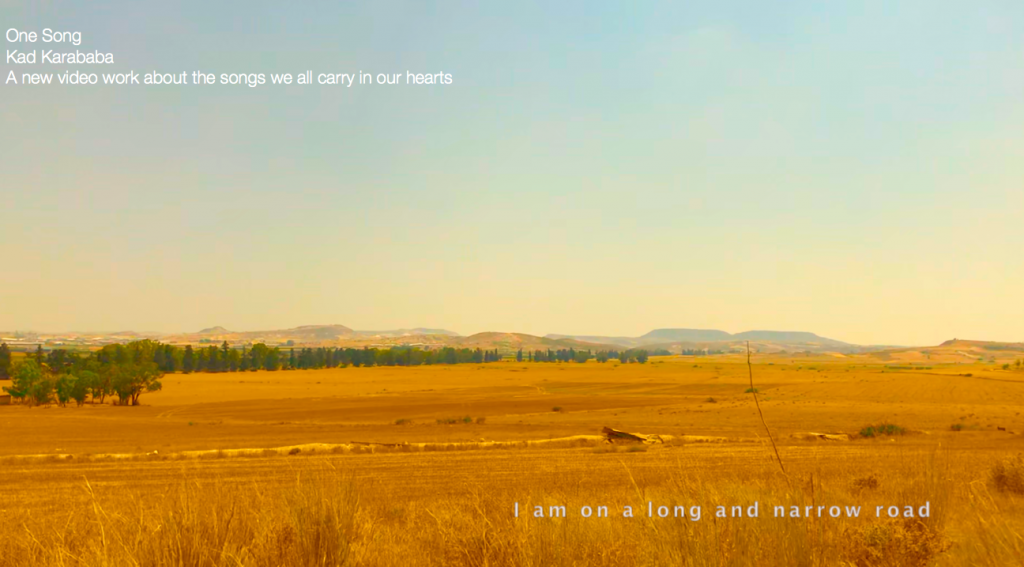 An artist of Turkish heritage living and working in Hackney needs help from the Turkish community in Hackney, East London, for his new project exploring the power of songs that reconnect us to our roots.

Kadir Karababa, or Kad for short, will be recording a series of short films of members of migrant communities within Hackney who were not born in Britain singing traditional songs.

Called “One Song”, Kad wants to capture migrants “singing me a song that you have carried with you from the place you were born.”

The project will initially focus on interviewees and recordings of those from Hackney’s Turkish, Turkish Cypriot and Kurdish communities, before moving on to collect the songs of the borough’s other large migrant communities, including those of Caribbean, Vietnamese and Orthodox Jewish heritage.

The artist, whose own roots straddle Turkey and Cyprus, is working with Counterpoint Arts, based in Hoxton, who are supporting him in the production of the project.

The final work will be included in the Hackney Archives and shown publicly at the Hackney Museum and elsewhere. A full installation of the work will also be presented as part of the Platforma Festival in Yorkshire, 2021.

T-VINE caught up with Kad to ask him a few questions about his fascinating music project.

How did you come up with ‘One Song’?

My dad has always – as long as I can remember! – sung the first line of ‘Uzun İnce Bir Yoldayım’ [I Walk On A Long And Narrow Road], and only ever the first line. It was something me and my sisters always laughed at growing up.

I had always had an affinity and affection for folk and traditional songs from all around the world. They have a real beauty, truth, honesty and authenticity that transcends language, culture and religion, and they speak of universal themes of life and death, and love and hate.

One day it clicked in my mind that this fragment of a song that my dad sang over and over was one he had carried with him in his heart and head from where he had come from, and that one line summarised not only his journey from there to here, but all of our journeys to our ultimate destination.

This realisation was the seed of the project. It is founded in the universal power of music to live on in our memories and to tell common stories no matter who we are and where we came from.

Is ‘One Song’ only open to Hackney Borough residents?

At the moment yes, but I am not being too strict about this. This is the initial pilot phase, focussing on the community in Hackney, which I then hope to expand London-wide and then nationally – creating an archive of stories in song from the rich and diverse migrant populations that make up the UK.

How will the traditional songs come together for One Song?

I will ask [participants] to sing me a traditional or folk song they remember hearing as a child in the place they were born/grew up – i.e. not a recent pop song! They can sing all or as much of it as they can remember. I will also ask each person to briefly introduce themselves, how long they’ve lived here and where they came from.

Can anyone sing on One Song?

I am not looking for professional singers or musicians. The focus of the project is very much the one song that individuals have carried inside them from the place they came from to London.

They won’t need to register or send me anything – just show up and be willing to sit and sing in front of the camera. All contributors will be included in the project and archive.

Do you need any other kinds of community support for your project?

I am looking for venues and organisations in the community to host filming days. The venues can then promote the One Song project and confirmed filming date and time through their networks, and then anyone who wants to contribute to the project can simply turn up and take part.

When and where are the recordings happening?

At this stage I’m still trying to recruit host venues. Once the venues and filming days are confirmed, we will put the word out via media and community networks for participants to come forward to get involved.