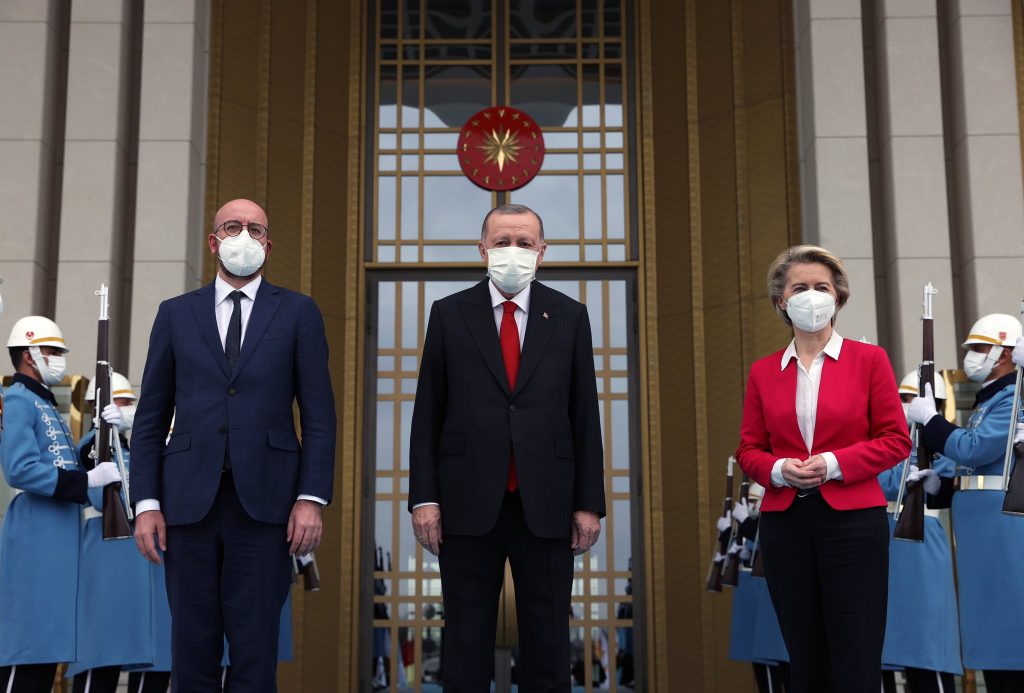 The awkward start to the meeting on Tuesday between the European Union’s top two executives and the Turkish leader at the Turkish presidential palace in Ankara was captured on video.

President Erdoğan walked into the room with Michel, with von der Leyen following a step behind. The men sat down on two gilded chairs in the focal point of the room, while the European Commission President looked to see where she should seat as there was no third chair.

A perplexed von der Leyen was audibly heard saying, “ehm” and gesticulating about her lack of chair. She was eventually asked by officials to take a seat on a nearby couch, 12 feet away from her male counterparts and directly opposite Turkish Foreign Minister Mevlüt Çavuşoğlu, who ranks lower in diplomatic protocol.

The chair gaffe quickly went viral, prompting Turkish officials to respond by stating they had planned the seating arrangements in advance together with Michel’s team, but no one had been present from  von der Leyen’s team.

In previous meetings the three presidents have all sat together.

“What a diplomatic fiasco,” tweeted Violeta Bulc, a former EU commissioner, while German MEP Sergey Lagodinsky tweeted the video with the following message: “ ’Ehm’ is the new term for ‘that’s not how EU-Turkey relationship should be’. #GiveHerASeat #EU #Turkey #womensrights”.

“Ehm” is the new term for “that’s not how EU-Turkey relationship should be”. #GiveHerASeat #EU #Turkey #womensrights pic.twitter.com/vGVFutDu0S

In a statement late on Wednesday, Michel said he was “sorry” that he had appeared indifferent to Von der Leyen’s “distressing situation”.

Eric Mamer, chief spokesperson for the European Commission, said von der Leyen “was clearly surprised and that is something which you can see from the video.” He added that “it’s difficult to judge the reasons why she was offered one type of seat rather than another, that’s something which you’d have to ask the Turkish authorities about.”

When finally underway, the high-level meeting ran for over two hours and covered a wide range of topics. Presidential Spokesperson İbrahim Kalın said in a statement afterwards that they discussed updating the 2016 refugee deal, the renewal of the 1995 Customs Union, the granting of visa liberalisation for Turkish citizens, and improved public contacts and high-level political consultations.

Kalın stated that President Erdoğan shared his perspective on future Turkish-EU relations with von der Leyen and Michel, and reiterated that Turkey’s ultimate aim remains full membership in the bloc.

The view in Ankara is very much that by strengthening political, economic and social relations between Turkey and the EU will not only benefit these countries, but also sustain regional peace. 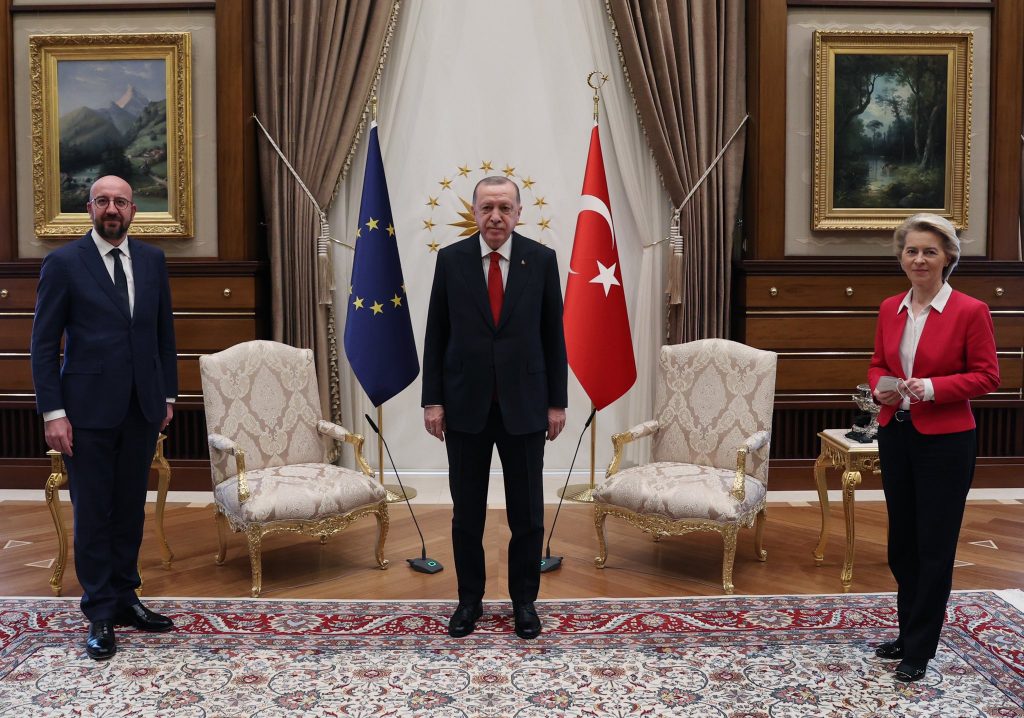 Turkey remains a candidate country for EU membership, but progress is at a standstill due to mounting EU concerns over a slide on human rights, judicial independence and press freedom.

In recent months, we have witnessed a de-escalation,” Michel said during a press conference with von der Leyen after the meeting. “We have told President Erdoğan that the EU is ready to put a concrete and positive agenda on the table, based on three pillars: economic cooperation, migration and people-to-people contacts and mobility.”

Michel added: “We hope that Turkey will seize this window of opportunity.”