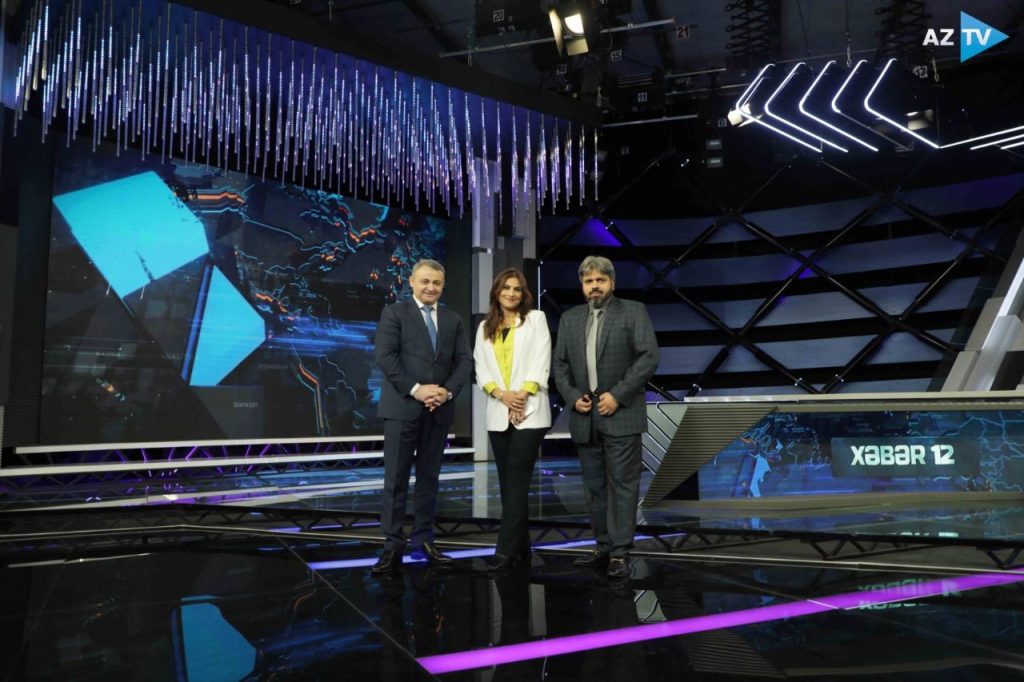 A Memorandum of Understanding has been signed between Azerbaijan Television (AzTV) and Radio Broadcasting, or CJSC for short, and Pakistan’s BOL Network.

The agreement, signed at the CJSC headquarters in Baku last week by CJSC chairman Rovshan Mammadov and BOL Network chief Aisha Sheikh, formalises existing relations between the two media outlets, with a commitment for greater co-operation in a variety of areas, including producing and sharing content.

Following the signing, Mr Mammadov spoke about the significance of the friendly relations between Azerbaijan and Pakistan, and stated that the co-operation between the two media institutions will contribute to this friendship.

Ms Sheikh also highlighted the positive relations between Azerbaijan and Pakistan and how this is manifesting in successful synergies in multiple fields, including media. The BOL chief said the agreement with her channel and AzTV would play an important role in deepening and developing these relations.

After signing the co-operation agreement, the Pakistani guests had the opportunity to tour CJSC’s studios and editorial offices in Baku.

As part of the Memorandum of Understanding, the two media institutions will pool expertise and also news. The two outlets have been working together for some time, including an historic joint broadcast last year.

BOL has two channels, BOL News and BOL Entertainment, both broadcasting in Urdu. In 2020, BOL News was instrumental in providing Pakistani viewers with up to the minute coverage about the Second Nagorno Karabakh War, which Azerbaijanis call the Patriotic War, where Karabakh was finally liberated from Azerbaijani occupation.

During their trip to Azerbaijan the BOL delegation, which included International Relations Department head Syed Savez Ali, visited the Alley of Honor public cemetery and memorial to pay their respects to the country’s leading lights who are buried there. They also visited Martyrs Lane, laying flowers at the cemetery and memorial dedicated to Azerbaijan’s fallen soldiers.