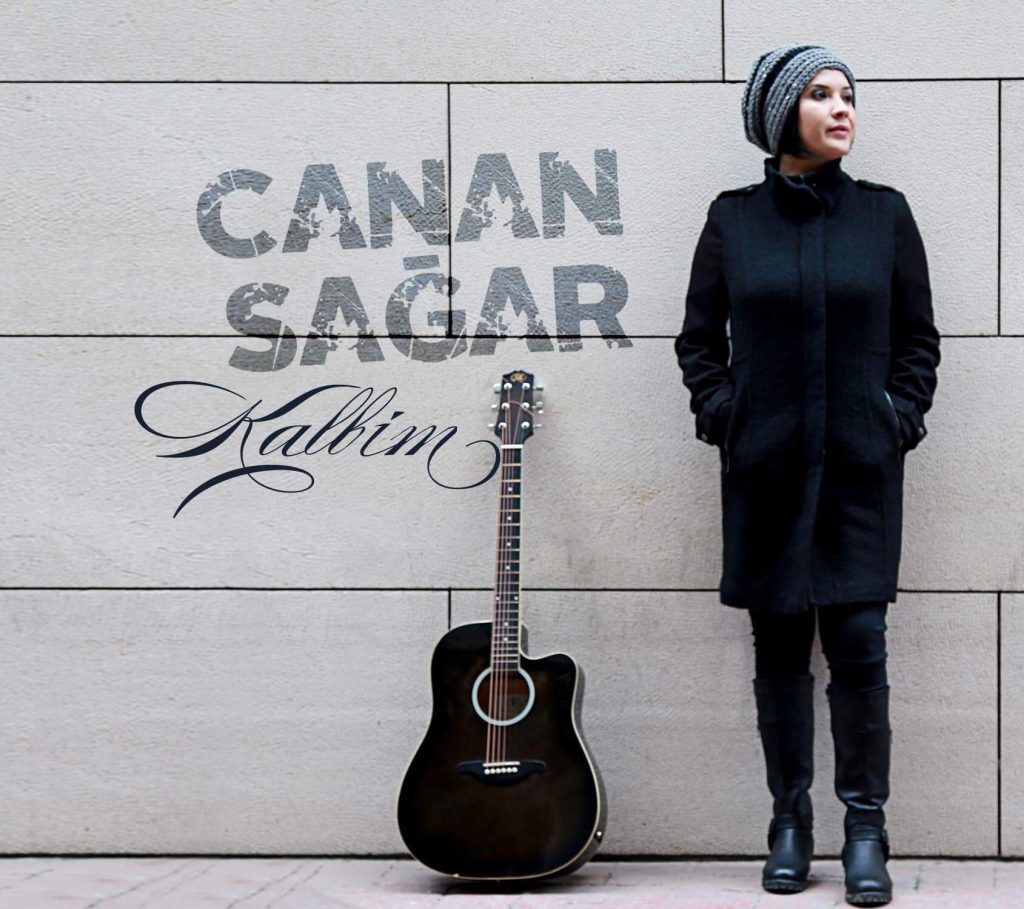 Earlier this year, London-based Turkish rock & folk singer Canan Sağar followed up her debut release 13 with Kalbim. The eight-track album takes its cue from the tragic events occurring in Turkey.

Canan will be performing a selection of her new songs at her UK album launch party in Beans and Barley, Harringay, this weekend. We caught up with the talented singer-songwriter and instrumentalist to ask her about her new music.

Your 2014 album ‘13’ was dedicated to child sexual abuse victims. What’s Kalbim (My Heart) about?

My second album has songs dedicated to specific incidents and massacres that have occurred in recent years. There are songs telling the stories of the people killed in uprisings and also about children who have been imprisoned for throwing stones at the security forces.

You penned most of the music and lyrics on your first album. How about on the new album?

I wrote the music for five songs and the lyrics for six.

In your opening track, are you giving children a ticking off in Taş Atma Çocuk (Don’t Throw Stones Child)?

It’s about the children who are imprisoned because they throw stones at the police and soldiers in South East Turkey. It’s more a protest against the system. Children need to be protected. A child’s place is not in prison.

Tell us about Oyuncaklarim (My Toys). It sounded quite gentle until we checked the lyrics…

The song is a tribute to the victims of the Suruç bomb attack [in 2015]. The lyrics and music relate to a group of young people from SGDF – the Federation of Socialist Youth Association – who had collected toys and other equipment to build a park in Kobani [in Syria]. They were staying at the Amara Cultural Centre [in Turkey, close to the border with Kobani] when they were attacked by a suicide bomber. 33 people were killed.

So there’s a real political, almost revolutionary feel running through the songs?

Yes. Another special song is Bir Başka Haziran (Another June), which is inspired by the [2013] Gezi Uprising. The lyrics include references to the great revolutionaries of Turkey such as Deniz Gezmiş and Mahir Çayan. The song was written by Cemil Gülüm (lyrics) and Alp Murat Alper (music).

So there you have it, a captivating new album from Canan Sağar, an exceptional storyteller whose poignant lyrics capture the hard-hitting events of recent times in Turkey and yet still leave you with hope. The tracks are a mix of ballads and mid-tempo Anadolu rock music, gentle on the ear, with Canan’s strong vocal abilities engaging and drawing in the listener.

If you’re in North London, come and listen to her live for free this Sunday. Or you can pick up a copy of Kalbim, out on Fono Müzik, from all good music stores and major Turkish supermarkets in London.