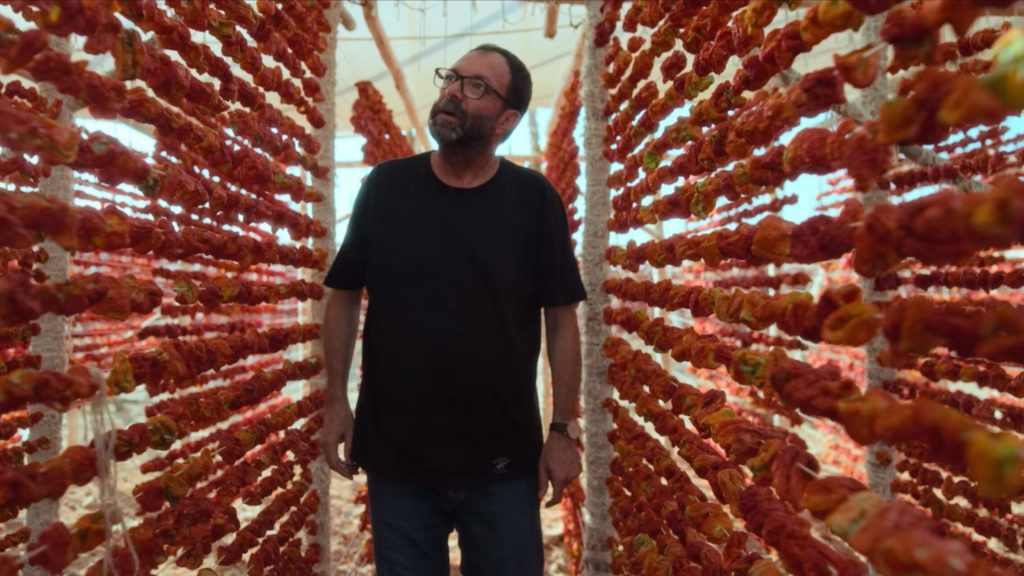 Chef, culinary anthropologist and author, Musa Dağdeviren is the leading authority on Turkey’s unique food traditions. He has been featured in the Netflix documentary series Chef’s Table, and been raved about by foodies who have been coming to his restaurants for the past 25 years to sample recipes he has unearthed in all four corners of Turkey.

Londoners have a chance to listen to Dağdeviren at a special talk at the end of this month, and to savour his unique flavours in two pop-up restaurant nights when he visits the capital to take part in the second edition of A Pinch of Anatolia.

Presented by the Yunus Emre Institute, this fascinating gourmet series comprises lectures, workshops, podcasts and supper clubs that simultaneously celebrate and educate about Anatolia’s rich and diverse food culture. These culinary treasures are rooted in traditions that date back hundreds of years and until recently, were unknown to few outside of Turkey.

Catch Dağdeviren at a free talk and screening of Chef’s Table at King’s College, London, on Sunday 26 Janurary. Prior registration is essential – click here for details.

He will also head two supper club events at Laz Restaurant in Camden on 28 and 30 January. Visit the Yunus Emre Institute website for more details and to book your place. He was born in Nizip, Gaziantep in 1960. From the age of 5, he would be at his uncle’s bakery learning the craft until 1977, when he moved to Istanbul and started to work as an apprentice cook with his uncle responsible for the wood-burning oven.

He learned to make kebabs, pide and other starters in the Istanbul and Gaziantep styles. After completing his compulsory military service, Dağdeviren returned to Istanbul and worked as the master chef in several kebab restaurants. He also had a spell working in a bakery.

In 1987, he opened Ciya/Kebap-Lahmacun, and in 1990, Zeynep Caliskan, who would later become his wife, joined the Ciya family.

Dağdeviren’s experiences and his further researches enriched his kebab menu, which listed some 100 options. He created the first vegetarian lahmacun and kebab.

He opened Ciya Sofra in 1998, which boasted a unique menu of food, desserts, and drinks inspired by local traditions drawn from a vast area of Anatolia. Three years later, he opened a new kebab restaurant called Ciya Kebap II.

In 2005, Dağdeviren and his wife established Çiya Publishing Company and started to publish a semi-academic quarterly magazine called Food and Culture. Since then, they have published five books and three translated books.

Ten years ago, the couple also established the Çiya Foundation, which trains chefs, and also researches and undertakes food and drinks projects related to Istanbul and Turkey.

His first cookbook in English, The Turkish Cookbook (2019), contains 550 recipes and was published by Phaidon.