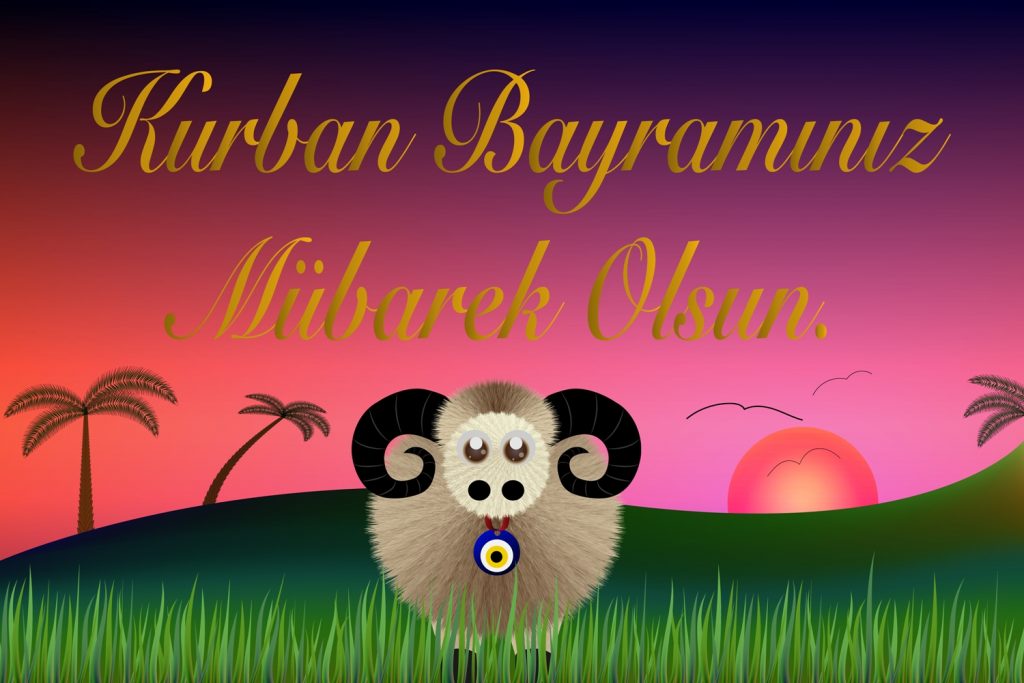 Today, Muslims around the world celebrate Eid al-Adha, or Kurban Bayramı as we say in Turkish. It is an important religious holiday, which in Muslim-majority states such as Turkey will mean a public holiday that runs until 4 September.

Eid al-Adha is a time when many will undertake a holy pilgrimage (hajj or ‘hac’ in Turkish) to Mecca, which is a mandatory duty that should occur at least once in the lifetime of all able-bodied Muslims. Wealth and status are removed for the week-long hajj, as all appear dressed similarly and must undertake the same rituals.

Making hac is one of the five pillars of Islam, the others being: a belief in the oneness of God and the Prophet Muhammad as the final messenger, five daily prayers facing the Kâbe (the cube-shaped building in Mecca), month-long fasting during Ramazan, and making an annual charitable donation to the poor (Zakat al-Fitr). Muslims can visit Mecca at other times of the year, but when it falls outside of this key religious period, it is not known as hac but umre (umrah). For safety reasons, numbers are regulated, with a quota given to each country around the world. Those permitted to attend receive a hac visa.

Some two million people are currently in Saudi Arabia, undertaking centuries-old hac traditions that include walking counter-clockwise seven times around the Kâbe, going back and forth between the hills of Safa and Marwah, drinking from the Zamzam Well, going to the plains of Mount Arafat for a vigil, spending a night in the Muzdalifa plain, and performing the symbolic stoning of the devil. The pilgrims then celebrate the global festival of Eid al-Adha, which involves the sacrifice of an animal.

The tale about Abraham’s sacrifice is shared by Muslims, Jews and Christians, although they differ in which son was offered as a sacrifice: for Muslims it was Abraham’s son Ismail (Ishmael), but Judeo-Christian scriptures state it was Abraham’s other son Isaac who was the near-sacrifice. While the holy Kuran doesn’t literally state this, many Muslims follow Biblical tradition by believing that just before Abraham killed his son in what he thought was a devotional act of divine love and obedience God intervened, sending Abraham a ram, which he sacrificed instead.

Muslims commemorate this event annually by also making a sacrifice, which gives this religious holiday its name: Kurban Bayramı or Eid al-Adha in Arabic. Those of good financial disposition are expected to kill an animal using halal methods and then distribute its meat to the poor. The wealthier the person is, the bigger the animal they sacrifice. And because everyone has something good to eat, rich and poor Muslims can enjoy the festivities during this holy period.

For those who celebrate, T-VINE wishes you a healthy, happy and peaceful Kurban Bayramı with your loved ones.