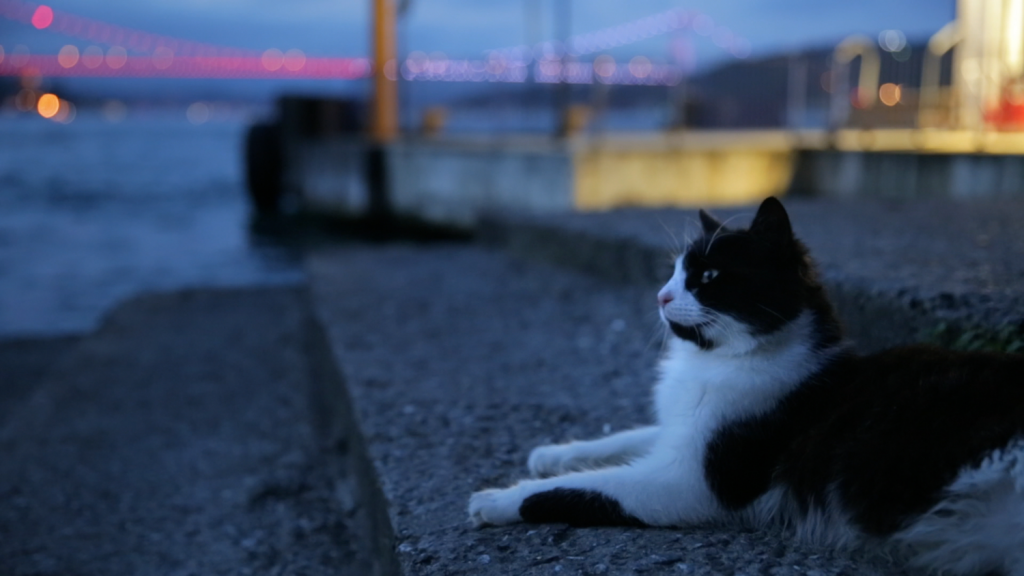 Thousands of street cats have lived in the city of Istanbul for centuries, roaming freely and unencumbered virtually anywhere. Neither wild nor tame, locals take care of them – or maybe it’s the other way round, with the human characters highlighting the redemptive benefits of taking care of these homeless felines.

Dubbed ‘the Citizen Kane of cat documentaries’, and a box office sensation in the US, Turkish-born filmmaker Ceyda Torun takes us on an intimate tour through Istanbul’s streets, alleys and enclaves from a cat’s-eye-view with inventive camerawork.

On the making of her documentary, Ceyda said: “I grew up in Istanbul and I believe my childhood was infinitely less lonesome than it would have been if it weren’t for cats – and I wouldn’t be the person I am today. They were my friends and confidants and I missed their presence in all the other cities I ever lived in. This film is, in many ways, a love letter to those cats and the city, both of which are changing in ways that are unpredictable.”

A must for cat and Istanbul lovers, on Monday night the BFI will be screening Kedi followed by a Q&A with Ceyda Torun. Tickets are on sale via the BFI website, but hurry – most seats have already been sold.