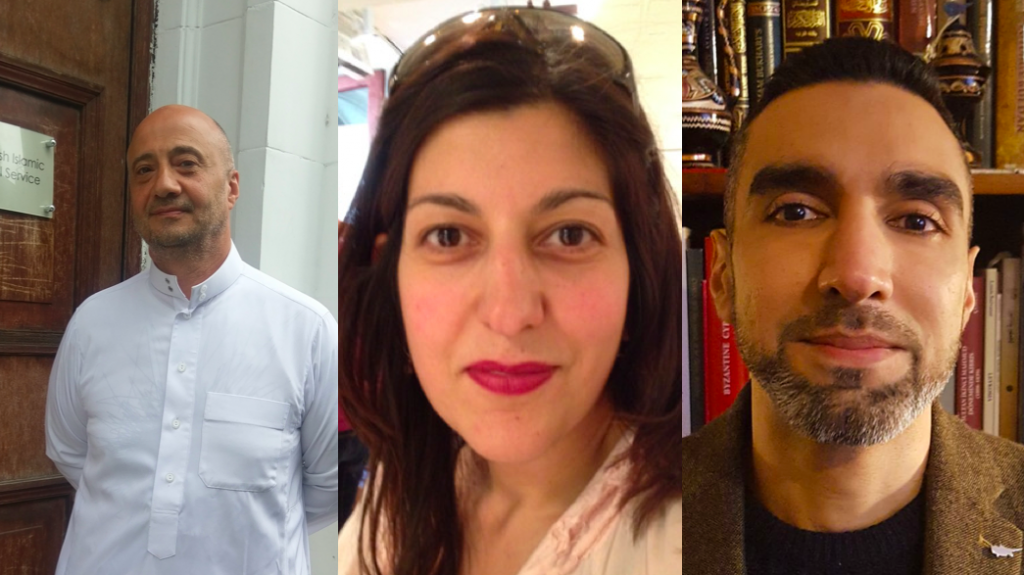 A press release issued by the Office of National Statistics (ONS) to remind Britain’s Turkish speaking communities to complete the Census has infuriated Turkish Cypriots after they were omitted.

Turkish Cypriots make up the largest and oldest of the UK’s diverse Turkish speaking communities. Yet neither the community, nor its Islamic faith – also the religion of most Turks from Turkey – was mentioned in the news sent by ONS to Turkish community media last month.

The statement instead repeatedly referred to “Turkish and Kurdish communities”, and to the ‘Alevi religious community’.

The omissions are all the more embarrassing given ONS’s work on the Census with national umbrella body the Council of Turkish Cypriot Associations UK (CTCA).

For several years, CTCA has been working hard to ensure British Turkish Cypriots are recorded accurately in the 2021 population count. They successfully lobbied the ONS to include a ‘Turkish Cypriot’ dropdown category under the Ethnicity section of the online Census form.

Sonya Karafistan, the outgoing CTCA General Secretary, said she was “extremely disappointed” that the ONS had issued a statement “which purports to connect with our community, yet fails to mention Turkish Cypriots or our faith, Sunni Islam.”

“The ONS engagement officer tasked with connecting with the Turkish Cypriot community didn’t reach out to me or any member of the CTCA. I repeatedly asked our ONS rep. for details about the community officer and was given assurances that we would be contacted, but no contact was ever made,” Ms Karafistan added.

After the news gaffe came to light, CTCA pressed the ONS about which community groups “Community Adviser” had engaged with. It turned out the adviser, who is quoted in the ONS press release, only spoke to a handful of North London Turkish Cypriot associations.

One of them, Erkin Guney, chairman of the Shacklewell Lane Mosque in Dalston, told T-VINE:

“I received a call from a lady who I assumed was from mainland Turkey from her accent. She talked to me in Turkish despite me telling her I was born here [in the UK] and can’t understand Turkish very well.

“She mentioned ‘Census’ a fair few times, but to be frank I have no idea what she was going on about. She may have sent an email about it. I can’t recall.

“We’re in the middle of a pandemic and we have been overseeing hundreds of funerals. If they [ONS] wanted us to help promote the Census to the Turkish Cypriot community, this lady went completely the wrong way about it. She should have come and seen me in person, and then we could have looked at how we can help or we could have told her to talk to Konsey [CTCA].”

Ms Karafistan said she was “disheartened” by the ONS slight and also found it “ironic” that the ONS press release “failed to recognise Turkish Cypriots as a distinct community in the UK given how much effort we [CTCA] put into working with them.”

Another Turkish Cypriot community leader concurred. Pointing to the community’s long relationship with Britain, dating back to 1878, Mustafa Kureyşi, chairman of the Cezire Association, said:

“Finally, as a result of years of campaigning, spearheaded by the Council of Turkish Cypriot Associations-UK, we have a section on the Census added this year to represent our community.

“Even after this long struggle to gain recognition as a member of Britain’s pluralistic society, the Turkish Cypriot community is yet again side-lined.

“Ethnic Turks (Turkey), ethnic Kurds (Turkey) and even the Alevi religious community were explicitly mentioned, but there was no room for Turkish Cypriots – the largest and oldest Turkish community in Britain.

“The lack of mention for Sunni adherents is also strange considering the vast numerical dominance of this faith among Turks originating from Turkey and Cyprus.”

“We are pleased that a reminder was sent to the Turkish and Kurdish communities, but how damaging [for the ONS] to only specify British citizens originating from Turkey, and exclude us. It is another example of how Turkish Cypriots are marginalised, when actually British officials and institutions should be doing the opposite and ensure we are better represented nationwide.”

T-VINE asked the ONS about the omission and whether they were concerned that the lack of engagement by their community advisors with Turkish Cypriot groups would impact the Census results. A spokesperson for the organisation sent T-VINE this reply:

“The ONS is committed to ensuring we deliver a high quality, inclusive census that enables everyone to be counted. We have engaged with a wide range of the British Turkish and Turkish-speaking communities, including on a national level with the Council of Turkish Cypriots Association (CTCA UK), to ensure widespread awareness.

“The census allows everyone to identify their national identity, ethnic-group and religion as they wish and the information provided goes on to ensure that millions of pounds are invested in the right places, from emergency services, mental health care and school places to hospital beds, houses, even the number of parking spaces at the local supermarket.

“We are engaging with more groups from the Turkish and Turkish-Cypriot communities all the time and the response to engagement so far has been very positive. There is still time to complete the census and we urge everyone to do so as soon as possible.

“Any assistance from community organisations will be much appreciated. If anyone wants to make contact with their local census engagement manager please go to Community groups and charities: Who to contact for help – Census 2021.”