Coronavirus and the empathy-deficient people 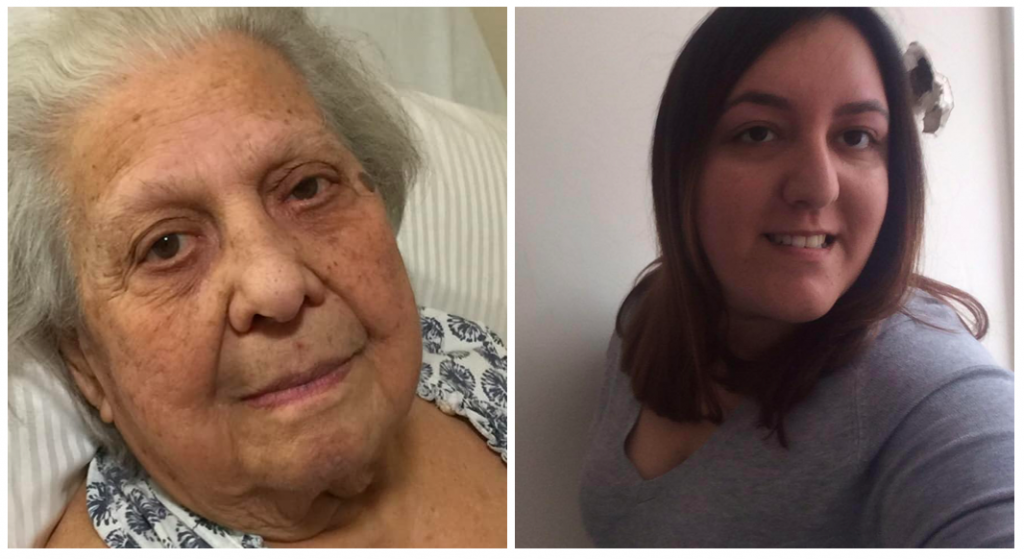 Two photographs, two family tragedies. The first of these show a three-year-old girl, Ayşe, wiping tears off her grandmother’s face with a tissue, oblivious to the tragedy her family has just suffered.

The grandmother, also called Ayşe, is shedding tears for her daughter, little Ayşe’s mum Sonya Kaygan, who has just lost her life to coronavirus.

The other photo is showing two hands, one belonging to Erkan Nabi, the other to his mum Münüse. The hands are tightly locked.

90-year-old Münüse is about to take her last breaths. She wears two rings on her finger and a hospital identity band encircles her wrist.

Erkan’s hand is enveloped in a hospital-issue blue rubber glove. He has spent the whole night by his mum’s bedside, waiting for the inevitable.

“A picture says a thousand words” someone said once. How true.

Respected news agency Reuters has recently published a harrowing account of the Coronavirus victims, concentrating on care homes for the elderly.

It forensically examines the government’s failure to protect some of the most vulnerable members of the community.

It is a very long, very detailed account, but I urge everyone to click on this link and read it. I have done so in tears.

Sonya was a 26-year-old Turkish Cypriot woman who worked in a care home in Enfield. Münüse was a resident in a care home in Redbridge. Their stories are featured in the Reuters article. One gets very sad, as well as very angry reading these accounts.

One also feels so much gratitude to the reporters and photographers who have brought these issues into the surface. People from our community who have contributed to the article also deserve our gratitude.

Another photograph many of us saw on our television screens depicts the pathetic-looking Boris Johnson, the UK Prime Minister, clapping for health workers outside 10 Downing Street.

He looks sick. He was. Soon after that photo was taken he was admitted into hospital and, after spending a few days in the intensive care unit his health improved and he was discharged.

I felt not an ounce of sympathy for this man. He might be popular due to his clowning-around antics, but many of us cannot forgive his role in decimating the NHS.

Neither can we forget the cheers of the Tories in the House of Commons after they prevented a small rise in the salaries of nurses and other health workers.

The photo opportunity of Boris Johnson clapping the NHS last night despite him & his party having underfunded & undermined the same NHS for a decade shows everything that is wrong with the whole #clapforNHS initiative pic.twitter.com/7TtUW1QC0R

Did you know that thirty thousand NHS workers were due to be made redundant before this coronavirus crisis?

The policies and actions of Johnson and his Conservative Party contributed to the unnecessary deaths of thousands of vulnerable people. It is hard to feel any compassion for him, even though he himself nearly lost his life.

The plight of our Cypriot Turkish community is featured in detail, and in an incredibly moving fashion, in the masterful Reuters report.

To date, we have lost 95 people to coronavirus. What is so sad, is the complete lack of empathy that is shown to us by some sections of the media and the government in the Turkish Republic of Northern Cyprus (TRNC).

There are still around 200 people who are stuck in the UK, and are desperate to return to their homes in the TRNC.

In addition, there are some 16 deceased waiting in mortuaries to be repatriated to the TRNC, as per their last wishes. The number could be higher.

Fearful of the risk of contamination and contagion from the virus, some sections of the TRNC media have resorted to misinformation, creating panic among the people, which in turn puts pressure on their government to prevent these repatriations.

The TRNC government are so mindful of the reaction from voters that they have become totally paralysed with fear. After all, there is a Presidential election due in October, so they choose to play delaying tactics on the repatriation issue so as not to antagonise the public.

One publication, Kıbrıs Haberci, stated last weekend that 2,500 people were waiting to be repatriated to the TRNC. The paper, like another well-known Turkish Cypriot columnist Hüseyin Ekmekçi, also claimed that the first eight bodies waiting to be returned to North Cyprus were coronavirus-infected.

Both were false claims. But have the paper or the columnist apologised for misleading the people? I have not seen any such apology.

Students and others who arrived back in the TRNC in March and April were successfully integrated into the community after the necessary quarantine period, and the coronavirus pandemic was properly contained.

Some may recall that at the time, similar sensationalist news was reported by some press. One local authority Mayor even tried to physically prevent a coach full of students from driving off to the quarantine centre.

What are the reasons of fearing this new group returning to North Cyprus then? Is the fear due to the Covid-infected bodies of the deceased? What scientific proof is there for this fear? None whatsoever.

The TRNC Health Minister Ali Pilli, a doctor by profession, should know that they present no danger. We see and hear reports of Covid bodies being flown all over the World.

Turkey too accept their dead. In fact the authorities there have offered their help on this repatriation matter.

The TRNC Tourism Minister Ünal Üstel said this recently: “Turkish Cypriots returning to their homeland will go a long way in healing our economic wounds.”

I was beside myself on hearing this. It’s better I do not make any comments. Instead, I will end by mentioning another photograph that featured in the Reuters report.

The scene is a cemetery in East London. A mechanical digger pulls up earth to make way for a new grave. Behind this is Hüseyin Hoca, standing alone beside the grave. He is holding a white, semi-transparent umbrella to protect himself from the rain. He has a white mask on his face, and wears a black religious robe. One can’t tell from the photo, but there is definitely a prayer on his lips. The relatives of the deceased, numbering no more than a handful, cannot be seen in the picture.