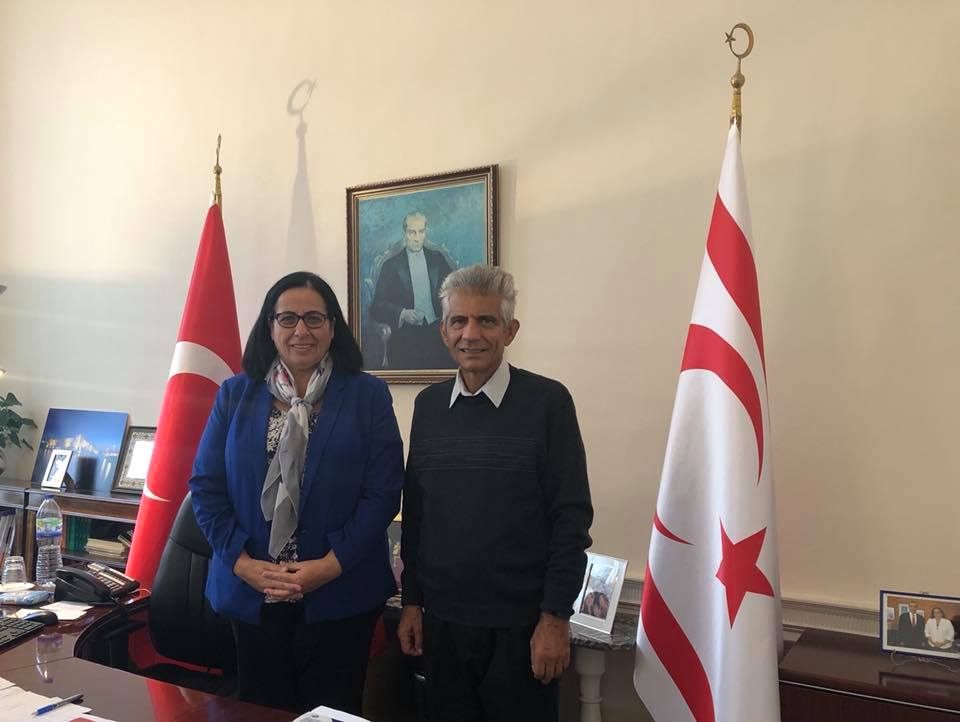 The Council of Turkish Cypriot Associations in Britain (CTCA UK) is leading the charge to help repatriate hundreds of citizens of the Turkish Republic of North Cyprus (TRNC), who remain stranded in the UK after international flights were grounded as a result of the coronavirus pandemic.

According to a statement issued by the CTCA today, the number of TRNC citizens requiring repatriation from Britain now stands at 476.

The umbrella body for British Turkish Cypriots first became involved in the issue a few weeks ago, when it pulled together an initial list of TRNC citizens who were on standby in case of any spaces on two charter flights booked to carry TRNC students to Ercan.

The planes and pilots had been arranged by tour operator Cyprus Paradise, who have told CTCA that they are ready to perform the same task for the remaining Turkish Cypriots stranded in Britain.

The CTCA have already undertaken a number of steps to assist those TRNC citizens who are desperate to return to their North Cyprus homes. They outlined these in their statement, which include ‘collaborating with Cyprus Paradise’, “Providing information and updates for those who need to access UK medical service”, and ‘lobbying UK politicians’, among them Prime Minister Boris Johnson and Foreign Secretary Dominic Raab, to assist with the repatriation effort.

Ertuğrul Mehmet, President of CTCA, told T-VINE: “We are living through unprecedented times as the world tries to contain the coronavirus pandemic. We are in daily contact with the hundreds of Turkish Cypriots who are desperate to return to their North Cyprus homes, and are doing our best to support them while they are stranded in Britain. However, as a voluntary-managed organisation, our assistance is limited.

“We’ve been in close contact with Cyprus Paradise, the TRNC London Representative Oya Tuncalı and her [TRNC] government in Lefkoşa on how best to manage the situation. We appreciate there are multiple local and international challenges due to the virus, and also huge cost implications for the TRNC to repatriate so many people at once,” he continued.

“We have asked everyone [on our list] to be patient. However, it will help enormously if the UK and TRNC governments can confirm that at some point in the near future these people will be repatriated to their homes,” Mr Mehmet added.

The TRNC authorities are reportedly paying 5,000 TL (£612) for every person arriving in North Cyprus, who is obliged to go under mandatory quarantine for two weeks in specially designated facilities, which have included university dorms and hotels.

Should all 470 people from Britain be repatriated, it could cost the Turkish Cypriot taxpayers over 2.35 million TL (around £300,000).

While both Turkey and the European Union have offered some aid to the internationally embargoed country, Turkish Cypriot government officials have admitted they will struggle to offer sufficient financial support to TRNC workers and businesses during an extended period of lockdown.

The CTCA statement in full:

The last three weeks have seen our lives and whole world change unrecognisably.

The Council of Turkish Cypriot Associations UK (CTCA UK/ Konsey) have been called upon by TRNC’s UK representative office to engage with some 420 TRNC citizens stranded in the UK amidst the travel chaos caused by the coronavirus pandemic.

Gauging the size of the community to be repatriated was always going to be challenging, but through our strong links with the Turkish Cypriot community in the UK we were able to reach out and connect with those stranded. Calls continued to come, and the list of returnees grows every day.

The past 15 days have seen us coordinating and relaying concerns to the TRNC authorities and much more:

The CTCA UK executive committee are doing everything we can with to help our citizens and thank all those who are contributing to this effort.

We will update you when we have more information to share.