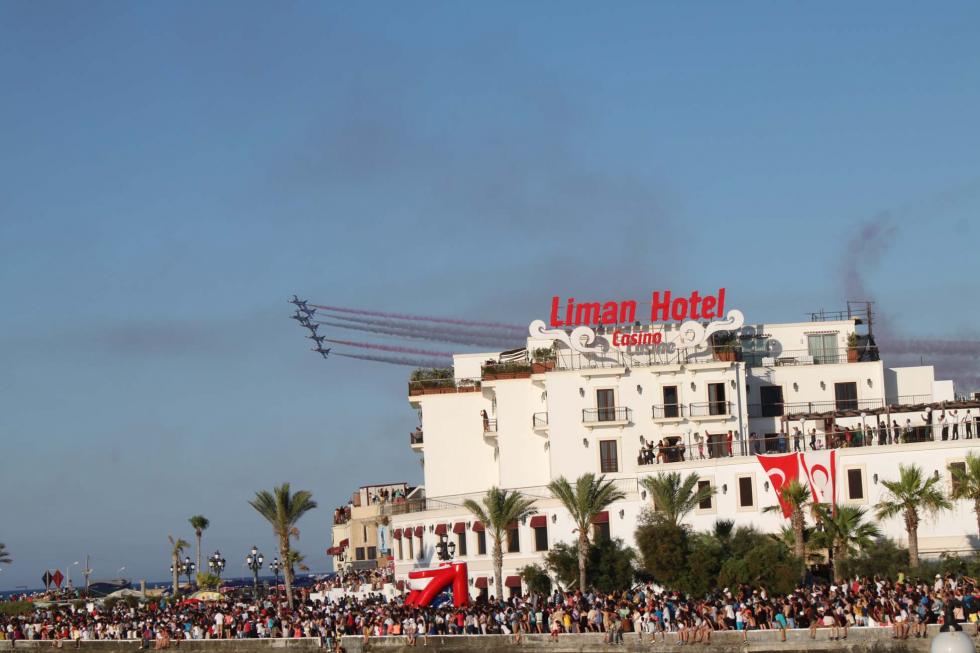 North Cyprus’ commemorations of Turkey’s vital 1974 intervention got underway with its annual Dawn Watch (Şafak Nöbeti). Thousands of people of all ages turned up at Yavuz Çıkarma Plajı in Girne – the beach where Turkish troops first landed in the early hours of 20 July 1974 – to remember the bravery of those troops who sacrificed their lives to bring peace to Cyprus.

As in previous years, the event started with a roadside concert to celebrate Peace and Freedom Day, with Turkish singer Zerrin Özer headlining. At 00.30, the public, many carrying torches and TRNC and Turkish flags, made their way down to the beach to wait for dawn. During the early hours of the morning, dervishes performed the spiritual sema dance accompanied by ney. At first light the ezan (Muslim call to prayer) started, with the imams then leading the public in a mass prayer remembering those who had fallen or were injured in the 1974 War.

While thousands gathered on land, located in the sea just off Yavuz Çıkarma Plajı was Cem Karabay. Known as Aquarium Man for his record-breaking underwater feats, Karabay had entered the sea at 08.50 on Friday 17 July aiming to remain there until Monday 20 July. Should he succeed with his 72-hour mission, he will smash Egyptian diver Walaa Hafez’s current world record of 51 hours and 24 minutes non-stop under water.

Televised live, Karabey has been seen passing the time with a variety of activities including playing tavla (backgammon) against Turkey’s former sports minister Kürşad Tüzmen. The two communicated via hand gestures, including sharing a joke when Tüzmen claimed Karabey was hiding dice. Karabey’s world record attempt is being sponsored by Merit Hotels, the Dizayn Group, Kibris Turkcell and the TRNC Government.

The special feat follows last year’s marathon swim from Mersin to Girne by businessman Vakkas Altınbaş, chairman of Altınbaş Holding – one of Cyprus’ largest corporations. The 55-year-old had set off from Anamur in Mersin, Turkey, on 18 July 2014, completing the 86km (53.4 miles) swim to reach Cyprus’ northern shores on Peace and Freedom Day.

The Turkish military again play a major part in the Peace and Freedom Day festivities. Between 10am and 6pm today, the public will be able to board and tour three battleships from the Turkish Naval Forces. The TCG Gökçeada Frigate has dropped anchor off the coast of Girne, the TCG İnönü Submarine is in Girne Tourism Harbour, while the TCG Bora Assault Boat is docked in Gazimağusa Harbour.

Military bands will entertain the public with two concerts. The first starts at 4.30pm, with the Cyprus Turkish Peace Forces Band performing in front of the Atatürk Monument in Girne. They are followed by the Cyprus Turkish Security Forces Band, which will give a concert on Dereboyu, Lefkoşa at 7.30pm this evening. 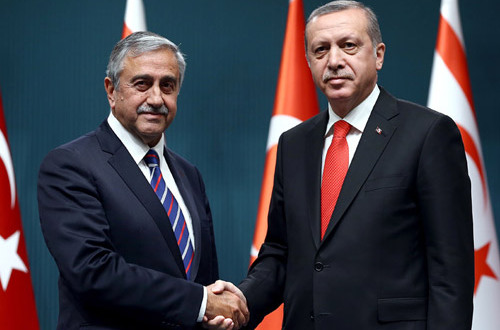 Later today, the land forces will be on show during the annual main parade down the main Dr Fazıl Küçük Boulevard in Lefkoşa. The event starts at 4pm at the Atatürk Monument. Flags will be raised, the Turkish national anthem sung and a minute’s silence held, while flags from Yavuz Çıkarma Plajı will be presented to TRNC President Mustafa Akıncı. Following the commemoration ceremony the parade will commence at 5pm.

Leading this year’s international dignitaries present for the Peace and Freedom Day Parade is Turkish President Recep Tayyip Erdoğan, who is flying in to the TRNC for the occasion. He is expected to hold talks with the TRNC President on the latest developments in the Cyprus Negotiations while he is here.

Main photo: the Turkish Stars wow audiences with their aerobatics display in Girne on Sunday