“Don’t rubbish the 1960 Treaties, Mr Anastasiades – they are your meal-ticket,” says seasoned observer 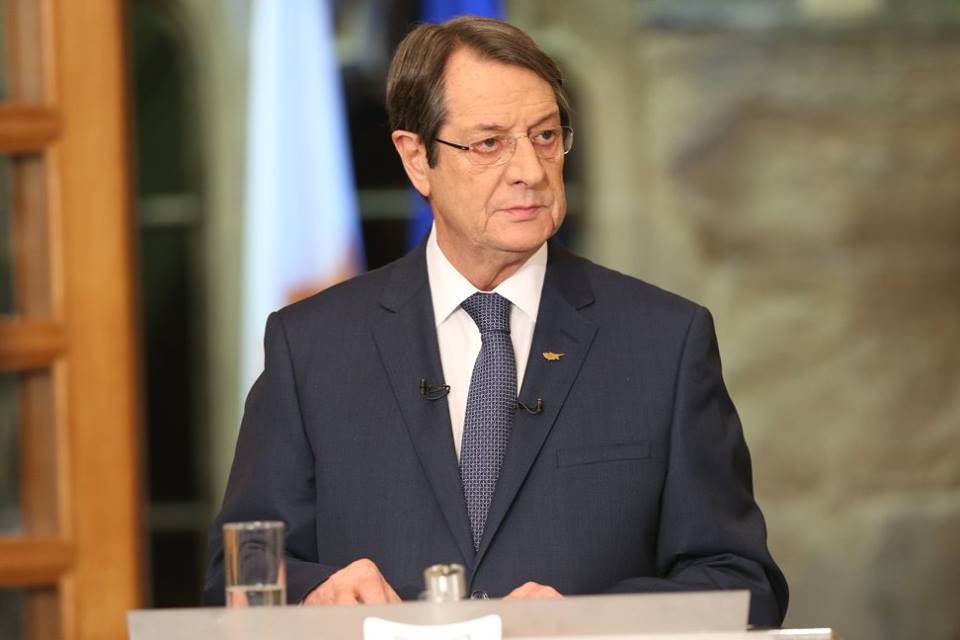 Bids by Anastasiades to bin the 1960 Treaties of Guarantee and of Alliance in an effort to dictate the terms of the next round of UN Cyprus talks have been dismissed by a seasoned observer.

Former TRNC Chief Negotiator Ergün Olgun says the Greek Cypriot President should actually give thanks for the 1960 Treaty of Guarantee, and that under it, the UK is still in a prime position to facilitate a sustainable solution, if it wants to.

Countering, he said: “It was the 1959 Zurich and London Agreements that prepared the ground for the 1960 Treaty of Establishment, Treaty of Guarantee and Treaty of Alliance, which in turn facilitated the establishment of the Republic of Cyprus and the Sovereign Base Areas.

“These treaties were deliberately made to prevent the union of the island with Greece – which was what Greek Cypriots wanted all along, not independence – to prevent fighting between fellow-NATO members, Turkey and Greece, during the Cold War.

“Although the partnership Republic of Cyprus was hijacked by the Greek Cypriot side in 1963, it was the Treaty of Guarantee and Treaty of Alliance that saved the island from becoming a province of Greece in 1974. Since then, these Treaties have been the key providers of security and stability in Cyprus, by deterring fighting.

“Instead of trying to abolish them, Mr. Anastasides should be grateful to these Treaties, and Turkey, for saving the Greek Cypriot-usurped Republic of Cyprus so that he could become its President.”

“The Turkish Cypriot side now has to concentrate on building its international visibility, and economic viability and political credibility. It would be a big mistake to seek international political recognition before tending to these requirements.”

Commenting on why he felt the Cyprus Talks are dead, the former TRNC Chief Negotiator said: “The Federal Settlement option was stabbed to death at Crans Montana by Greek Cypriot intransigence and its obsession with seeking a dominant position on the island. Turkish Cypriots have to take steps to counter the unilateral initiatives of the Greek Cypriots, who continue to claim they are entitled to act on behalf of the whole island.

“One step could involve hydrocarbon exploitation. Since Greek Cypriots have repeatedly refused the suggestion of a joint operation with us, as co-owners of these natural resources, it leaves Turkish Cypriots with only one option, which should be explored immediately.”

The respected veteran of Cyprus politics also suggested ways in which Britain can play a more even-handed role on the island: “Turkish Cypriots need to be talking to Britain about Brexit, to see how independently the UK is willing to act under its 1960 treaty obligations, for example by improving direct trade relations with North Cyprus. After all, the 1960 Treaty obliges the UK to provide equal treatment to both communities on the island, which Britain has failed to do to date.

“Once the UK has freed itself from the EU, which has assiduously reinforced the embargoes and provided Greek Cypriots with disproportionate status and power on the island, the UK will be free to work towards equilibrium between the communities.

“Britain is in a unique position to level the political playing field between us and the Greek Cypriots, and improve Turkey-UK relations as well, because in Turkish eyes the UK will be playing fairly in Cyprus at last. This would contribute enormously to re-establishing the political balance of power on the island, and thus to the security and stability of the whole region.”