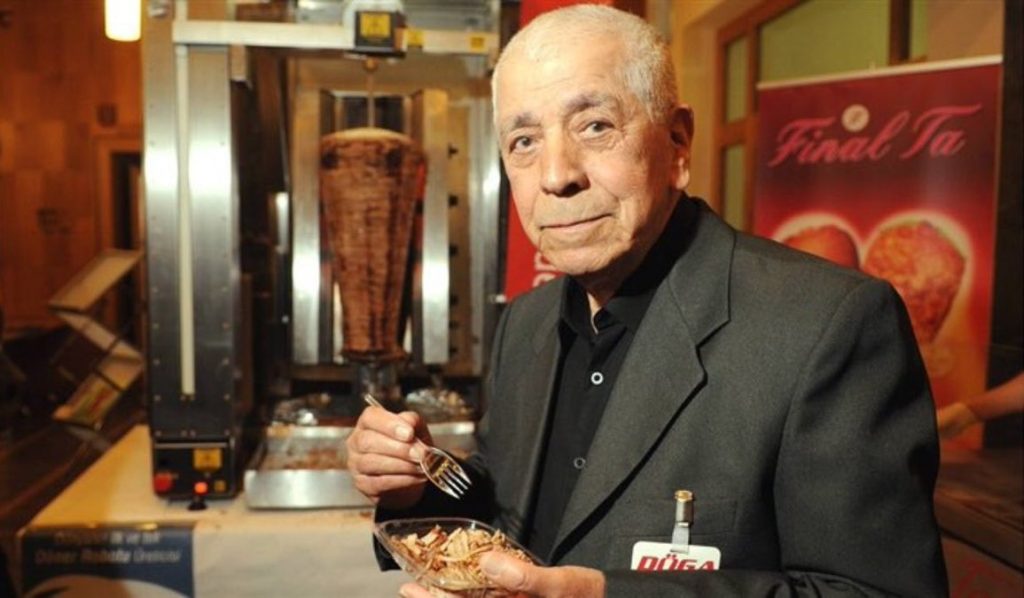 The Turkish immigrant widely credited for creating the doner kebab has died in Berlin at the age of 80.

Kadir Nurman, originally from Malatya in Eastern Turkey, moved to Stuttgart in Germany at the age of 26. Soon after he moved to Berlin and worked as a mechanic in a printing press before going into catering. Seeing the fast pace of life among Berliners, he had an idea to create a simple takeaway meal based on Turkish cuisine.

Taking the rotating skewer of meat on a spit, which was already used by Turks cooking kebabs, he set up a market stall called City Grill by the Zoo Ana train station in the western part of the city in 1972. From here he served the sliced juicy grilled lamb with salad in pide (flat bread) for 1.5 German Marks, enabling his customers to eat while on the move. The doner kebab quickly took off and continues to be enjoyed by millions of people around the world.

In Germany, the doner kebab has overtaken traditional German food including bratwurst (sausages) to become the nation’s favourite takeaway. According to the Association of Turkish Doner Producers in Europe (ATDID), there are some 16,000 doner outlets in Germany that sell 400 tonnes of doner meat every day. There are 60,000 workers involved in the industry producing, cutting and processing the meat with annual sales of €2.5 billion.

In the UK, many more Britains are also tucking into a kebab meal. According to the British Kebab & Retail Awards, the sector is worth £2.2 billion to the British economy. Today there are around 200 producers in Britain with thousands of outlets selling over 2,000 tonnes of doner meat and over 700 tonnes of chicken to consumers each week.

There have been disputes around who invented the doner kebab, with some attributing it to another Turkish immigrant Mahmut Aygun, who died in 2009. However, in 2011 the Association of Turkish Doner Manufacturers recognised Mr Nurman for being the creator.

Mr Nurman failed to profit from the doner’s massive global success as he did not patent his invention. Yet in an interview with the Frankfurter Rundschau in 2011 he showed little bitterness. He said he was happy that so many Turkish people were able to make a living from the doner kebab and that millions of people loved to eat them.

He passed away in Germany on 24 October.