Turkiye women’s volleyball tops group, goes through to Round 2 of World Championship 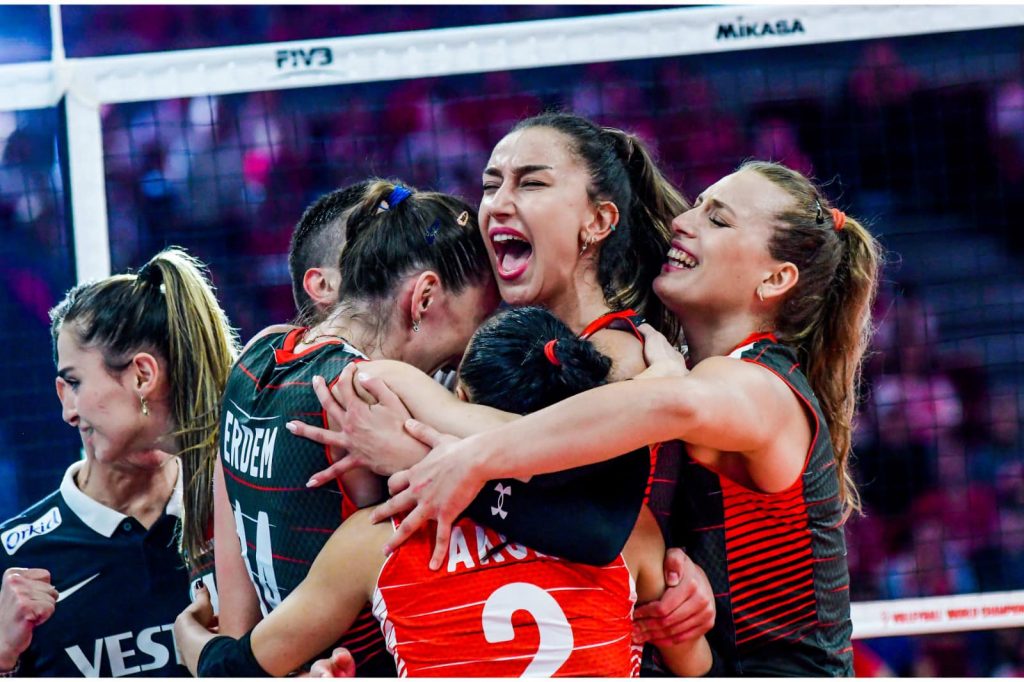 Turkiye’s national volleyball team is through to the final sixteen of the Women’s World Championship after beating host nation Poland 3-2. The Turks topped their group after four wins and one defeat.

The Sultans of the Net, known as ‘Filenin Sultanları’ in Turkish, became Pool B leaders despite losing their opening bout of the tournament 2-3 to Thailand. The Turks quickly recovered, going on to win their next four games.

They started by beating South Korea 3-0 on 27 September, then a 3-2 win against the Dominican Republic the day after, followed by a 3-0 win against Croatia on 29 September. They wrapped up their Pool B games with a fine 3-2 win against Poland.

The four victories gave the Turks 11 points and propelled them to the top of the six-team Pool B. Thailand was second in the group on 10 points, having won the same number of games, but dropping more points with their 0-3 defeat to Poland.

It means the Sultans progress to Pool F in Phase 2 of the tournament, where they face four tough opponents.

They kick off their Round 2 games with a match against Germany on Tuesday, 4 October. This is followed by Canada on 5 October, then the United States on 7 October, with Serbia their final group opponent on Saturday 8 October. The top two from Pool F will progress to the Quarter-Finals, with games scheduled for 11 October.

The final of the 2022 FIVB Volleyball Women’s World Championship will be played on 15 October. The 32-team tournament started on 23 September, and is being jointly hosted by Poland and Holland.