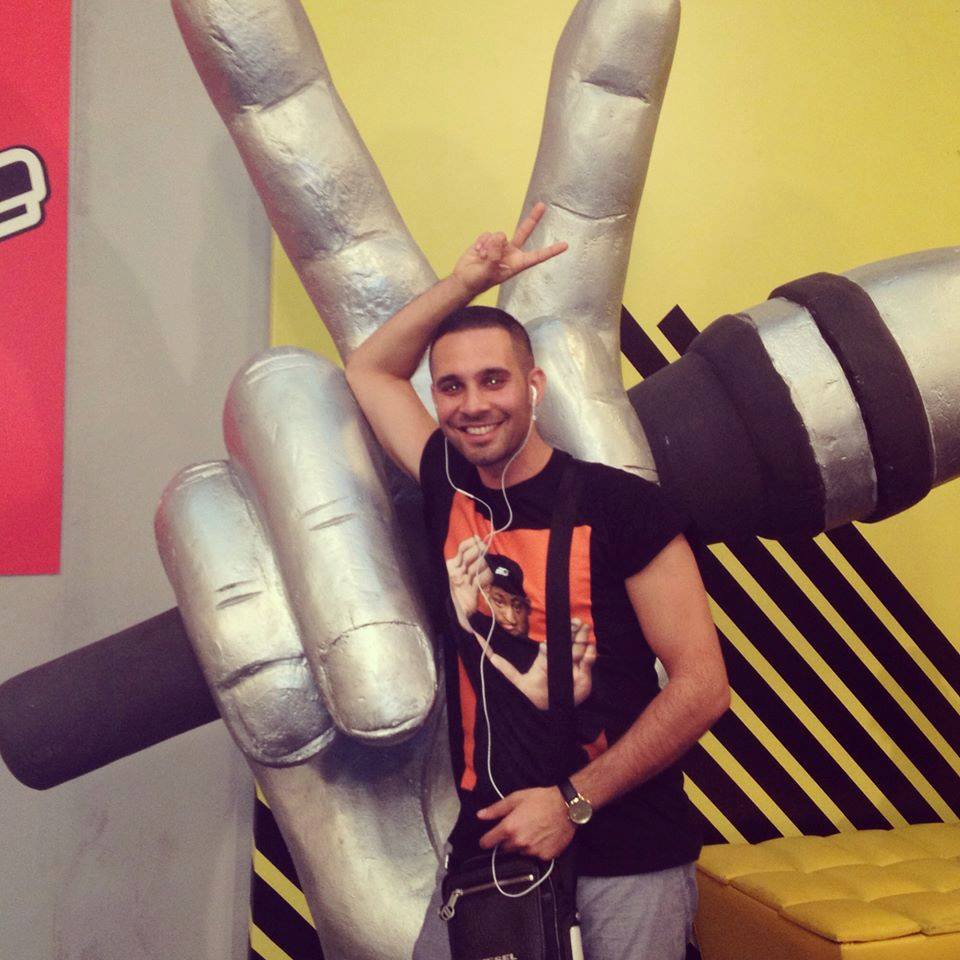 He wowed all four judges with his sensational cover of Lionel Richie’s All Night Long during the blind auditions on 1 October. Now Ali Köse is gearing up for another knockout performance in the first battle rounds on O Ses Türkiye –Turkey’s version of The Voice.

Murat Boz, Ebru Gündeş and Gökhan Özoğuz (Athena’s lead singer) were all keen to work with the talented 30-year-old Turkish Cypriot singer from Catford, southeast London. However Ali plumped for Hadise to be his mentor. She was the first to spin her chair around, facing Ali after just 36 seconds of his performance.

It’s her Ali now has to impress to get through this knock-out stage, competing against two other singers Hadise selected during the preliminary rounds. T-VINE understands Ali will be singing James Brown’s classic I Feel Good for the battle rounds, which will be televised on Star TV on Monday night.

Ali first applied to the show in April of this year and beat thousands of other applicants to make it to the televised rounds. He is one of 132 singers selected for the battle stages.

Getting into the final rounds of O Ses Türkiye would be a massive coup for Ali, who’s devoted his entire life to music but has yet to hit the big time in his native UK. The South Londoner began his musical journey at the age of six, mastering the moon-walk to Michael Jackson’s hit song Bad. A natural born entertainer and a joker Ali often got into trouble at school. However his music teacher saw his potential and taught him how to play his first instrument, the guitar, opening up a whole new world for Ali.

By the age of 16, Ali developed a passion for British dance music and started emceeing at clubs. It wasn’t long before he became obsessed with music production and during his experimentation found a new instrument to add to his list of talents: his singing voice. He studied classical, gospel and speech-style singing, while gaining more experience by working in a variety of roles for signed artists, composing, producing engineering, song writing, and overseeing their vocal arrangements.

Now a published artist and composer, Ali’s credits include as vocal arranger of Why, a powerful song by Soul Deep, featuring Jessie J and Baby Blue, and used by the Don’t Trigger anti-gun campaign. He has also worked closely with British singer-songwriter Sam Smith on a 5-track EP – Smith scored a massive number one hit with La La La earlier this year. Ali also coaches Britain’s Got Talent 2012 semi-finalist Hope Murphy and X-Factor 2012 contestant Jade Elis.

We met Ali in a Tapas restaurant in South London last month: a grounded guy who is clearly excited by recent developments, yet mature enough to keep it real and live in the moment. He’s tried since 2010 but not succeeded in getting through to the televised rounds of X Factor, Britain’s Got Talent and The Voice. Now he has been given an opportunity in Turkey, he is grabbing it with both hands. He told us:

“All I’ve wanted is a chance to succeed. I have what it takes to be a top artist. I’m going to enjoy every minute of being on O Ses Türkiye and do my very best to win it.”