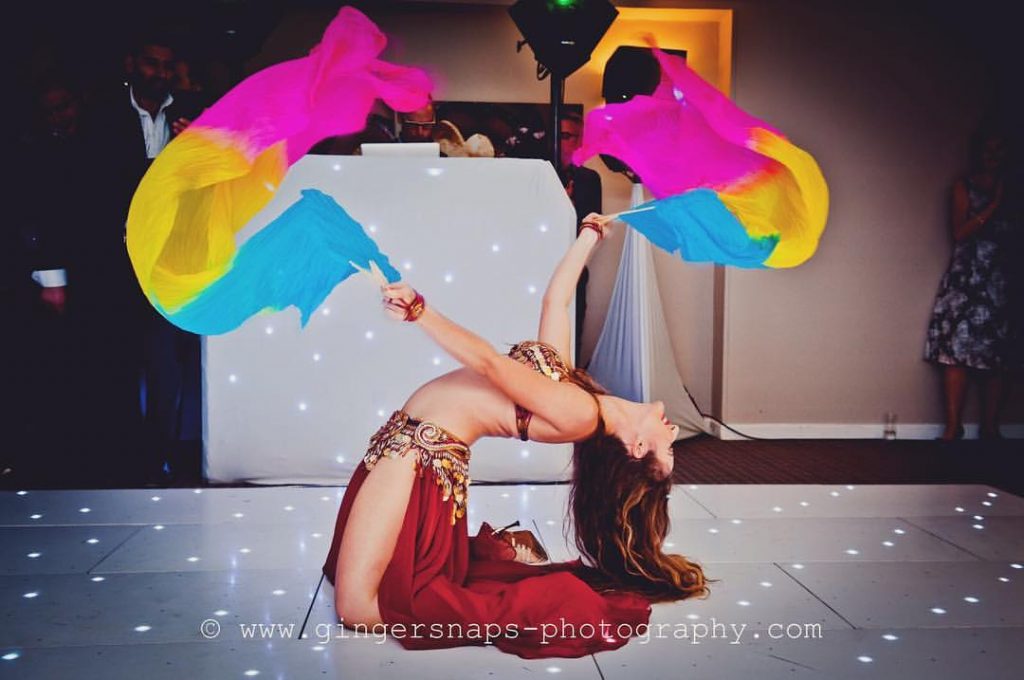 It’s not every day when you get an invitation from UEFA to help promote a new tournament, but that’s exactly what happened to South London-born Turkish Cypriot belly dancer Tevec Ibrahim.

This week, Europe’s football body is launching a new UEFA Nations tournament to give a competitive edge to normally meaningless international friendlies. All 55 UEFA member countries have been split into one of four levels based on their international rankings. ‘A’ is the highest level and includes national teams from France, Germany and England, while ‘D’ is the lowest level.

The four levels are then further split into groups of three or four teams, which play each other in competitive matches. There is a chance for promotion and relegation between levels, and to win the UEFA Nations Cup next summer.

Turkey is in ‘B2’, alongside Russia and Sweden. The Turks host Russia in their opening UEFA Nations match on Friday 7 September. Adding a bit of colour and flair to the occasion is belly dancer Tevec, who was invited to appear in UEFA’s 30-second promotional video for the game. She is seen performing with her veil as details about Friday’s match are given.

Earlier this week, T-VINE caught up with Tevec to ask about her career and how this unique opportunity came about. Here’s what she told us:

How did you end up in UEFA’s promo clip for Turkey’s game vs Russia?

I received an email about the project asking if I was interested. The London based production company were seeking a belly dancer of Turkish origin for their client UEFA. They had seen the video of my Nesrin Topkapi-inspired performance and they really liked it. They wanted something similar; they liked the elegant, conservative style with veil work.

Are you a football fan too?

My uncle and brother are football crazy. So, I grew up with football in the house. Our family team is Arsenal and I support them. I do like football, although I don’t have much time to watch many matches as I tend to work seven days a week.

I try to catch the big tournaments like the World Cup and European Cup. Of course, I support Turkey – if they qualify. My favourite footballer is Mesut Özil. Not only is he Turkish – and plays for Arsenal –  he’s a good role model, who works hard at his craft and stays humble.

I was born in Lewisham, Southeast London, and grew up in North London. My mum and dad are of Turkish Cypriot origin, they moved to London in the 60s and 70s. I live in Enfield now.

I went to Turkish School as a child, where I had my first taste of Turkish dance. I joined the folkdance group and I loved it. When I have time, I occasionally go to folk dance practice now as an adult.

I have been belly dancing for the past 9 years. I always had a fascination with Turkish Oriental [dancing]; growing up I would wait for the dancers to come out on Turkish television. I grew up with Tanyeli and Asena and later Didem. I’ve taken lessons in Istanbul with Nesrin Topkapi, Didem and other famous Turkish dancers.

Is belly dancing your full-time job?

I went professional five years ago, working part-time in an office so that I could finance it all. As of this year, I became a full-time dancer.

I perform at weddings, parties and theatres across England. I’ve taught and performed in Turkey, Norway, Germany, Poland, and will be off to Canada next week. In September, I will be in Toronto, Hamilton, Canada, Andover, Colchester, and Furth, Germany.

I teach belly dance classes weekly in Enfield and [London’s] Oxford Street. If anyone would like to know more, they can visit my website, www.tevecdance.com. 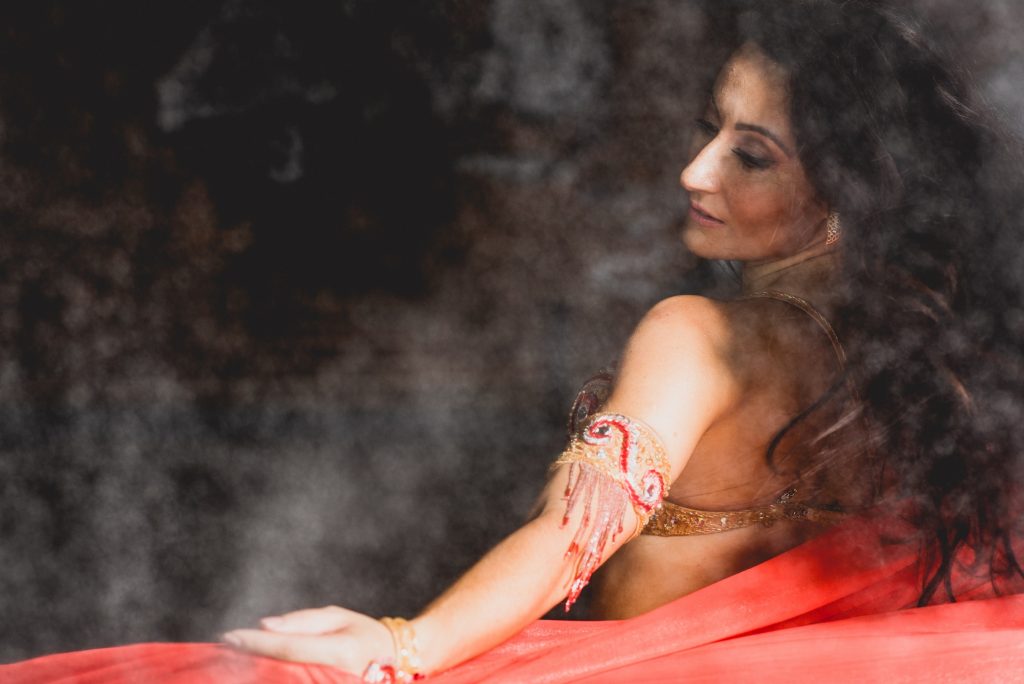 I am currently looking for a weekly slot in a nice Turkish restaurant/lounge. Somewhere with a dance floor/stage area that I can do a high-class Oriental show. If you know anywhere, please get in touch….

I have appeared on television a few times. I’ve been on Len and Ainsley’s Food Adventures on BBC One, where Len Goodman (Strictly Come Dancing’s head judge at the time) gave me a ’10 from Len’.

I’ve appeared on Sky One’s A League of Their Own with Jamie Rednapp, Rob Becket, Jack Whitehall, Judy Murray, Freddie Flintoff and James Corden. I’ve also appeared on Russia Today [RT] TV and on a promotional clip for ITV’s Britain’s Got Talent.

Earlier on this year, I was selected as the ‘Face of MOVE IT 2018’, representing belly dance at the UK’s biggest dance event, which has 27,000 people attend at ExCel London. I was chosen alongside five other dancers from ballet, contemporary, hip hop, modern and lyrical genres. I appeared on all their promotional material online, in print and at the event. It was an honour to represent belly dance alongside other western dance forms.

For those interested in the football, Turkey plays Russia at 7.45pm (UK time) on Friday. England meet Spain at the same time the following night.