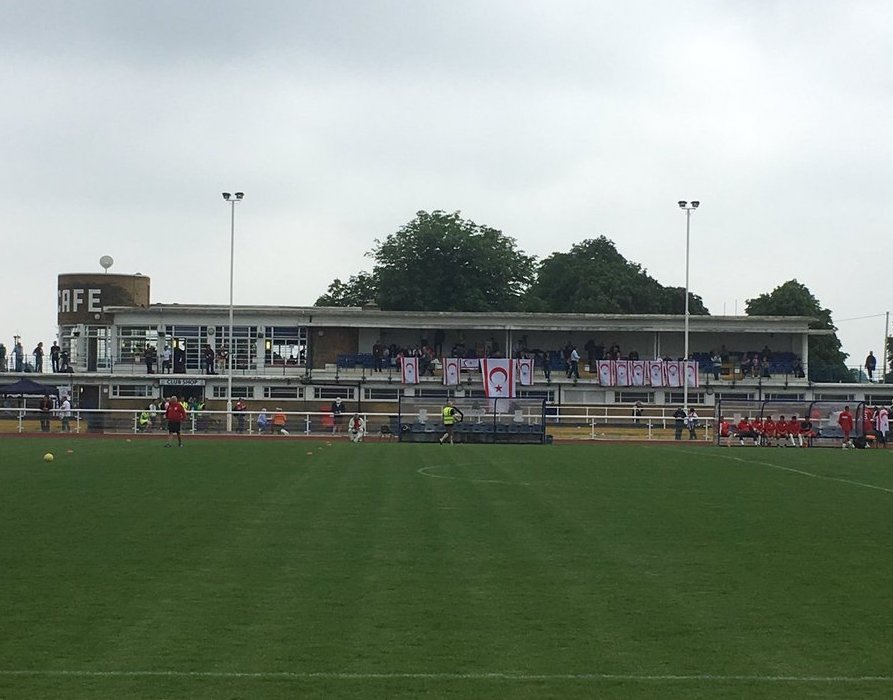 Update, 2 June 2018: correction to North Cyprus goal-scorer, which was Billy Mehmet and not Oshan as first reported.

The alternative World Cup got underway in various non-league stadia in London today. Among the sixteen teams competing for the Paddy Power CONIFA World Cup trophy is North Cyprus, who could only manage a draw against Kárpátalja.

The Turkish Cypriot national side, who are one of the tournament favourites, started strongly, going ahead in the 13th minute with a goal from Billy Mehmet. They played well for the remainder of the first half but could not add to their lead. It was a different story in the second half, with the Hungarian minority team from Ukraine pushing hard for the equaliser, which came courtesy of Svedjuk in the 53rd minute. The game ended 1-1.

“The match started positively with our boys deservedly leading at half-time, but we lost our way somewhat after the break and it was Northern Cyprus that were thankful of the final whistle and securing a point in our first game.”

Reigning CONIFA World Champions Abkhazia beat Tibet 3-0 in their opening game to take them to the top of Group B. They play Kárpátalja at Enfield at 2pm on Saturday 2 June, while North Cyprus take on Tibet at the same ground at 5pm. On Sunday 3 June, Enfield will host Abkhazia versus North Cyprus. The match kicks off at 3pm.

Tickets for all games are available online from CONIFA.org. Or watch the game live or on catch-up via mycujoo.tv/CONIFA.