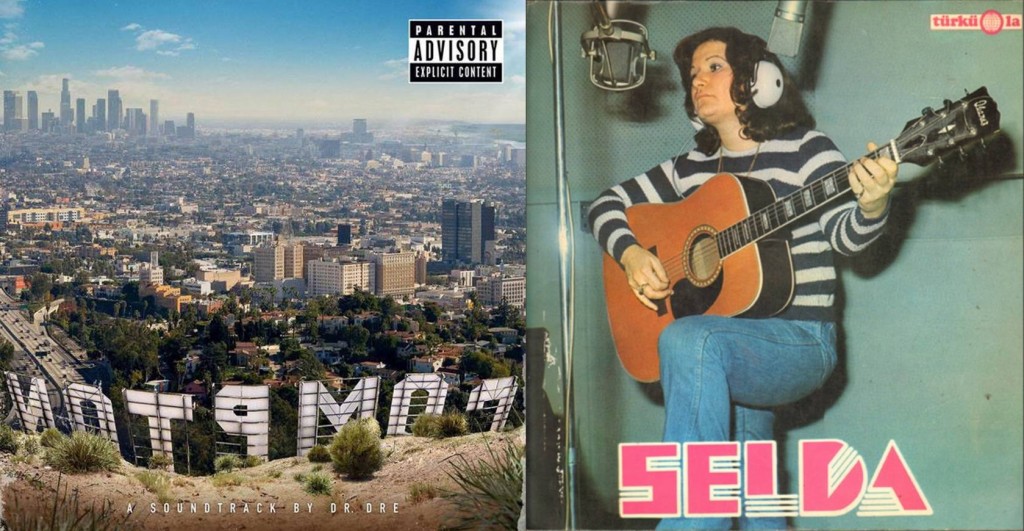 A song by Turkey’s Selda Bağcan features on Compton – the new chart-topping Hip Hop album by Dr Dre that was released worldwide earlier this month.

The superstar producer samples the psychedelic guitar riffs from Bağcan’s 1976 classic İnce İnce for Issues, which features Ice Cube, Dem Jointz and Anderson Paak. It’s the eighth of 16 songs on Compton that has so far topped the album charts in ten countries, including Britain, Holland and the USA.

Dr Dre says he was inspired to make Compton during the filming of Straight Outta Compton, a biopic that charts the rise and fall of his former band N.W.A. The seminal 1980s Gangsta Rap outfit, whose hits included F*ck the Police and 100 Miles and Runnin, propelled Dre, Ice Cube and Eazy-E into the musical mainstream.

Regarded as one of the icons of Hip Hop, Dre has become one of the most sought-after producers, launching the careers of Eminem, Snoop Dogg and 50 Cent. An astute businessman, he also developed global audio brand Beats Electronics, which he sold to Apple in 2014 for $3 billion.

In an interview with Hurriyet Daily News Bağcan candidly says she did not know who Dr Dre was: “He is not a singer that I know very well…I sing folk songs, how would I know about him? I know Madonna and Michael Jackson.”

It’s not the first time the music of the Turkish Folk and Blues singer has been sampled. In 2009, another Hip Hop star and Muslim convert, Mos Def (aka Yaasin Bey), also used İnce İnce for his song Supermagic, which was the opening title of his critically acclaimed album The Ecstatic.

İnce İnce was first released on Bağcan’s album Selda (2) on the Türküola label in 1976. She adapted the lyrics  penned by Aşık Mahzuni Serif, a popular Alevi folk musician, composer and poet. The song highlights the plight of the poor in Turkey, particular those in the country’s East, and pleads for help.

A recording artist for 44 years, Selda Bağcan continues to perform across Turkey and abroad. An important figure in Turkish protest music, her lyrics and desire to champion the rights of the poor frequently landed her in jail between the 1960s and 1980s. Undeterred, the multi-instrumentalist singer-songwriter has produced some of Turkey’s most memorable Folk songs, experimenting with a wide-range of sounds from Rock and Roll, to Psychedelic Folk and Electronica.