EU-Turkey Rapporteur Kati Piri: “there will always be dialogue” 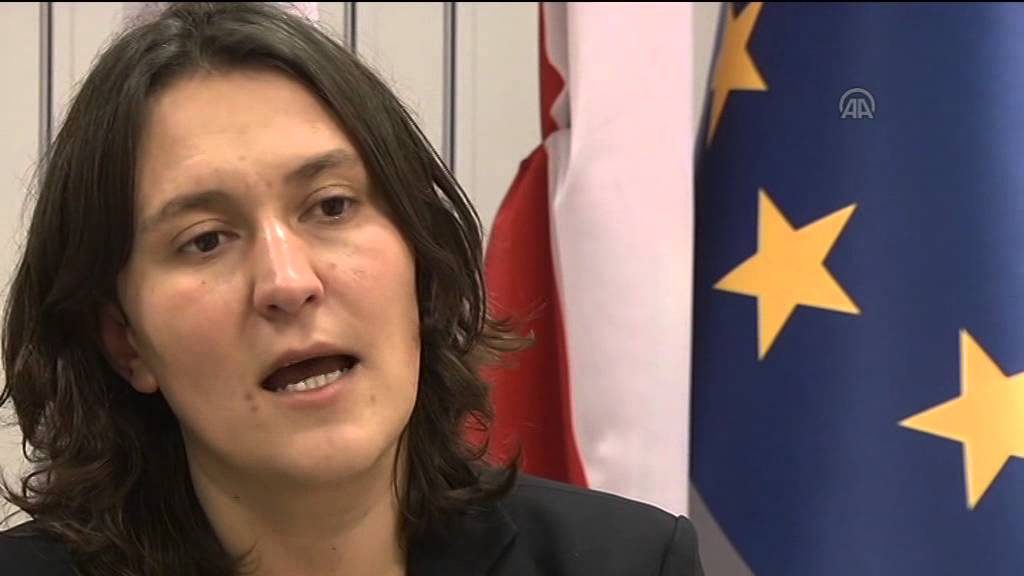 Ms Piri is a member of the European Parliament from the Netherlands and part of the parliamentary Group of the Progressive Alliance of Socialists and Democrats. As the Turkey Rapporteur, she is the parliament’s closest follower of Turkey’s EU accession process. She engages with the Turkish Government, opposition and civil society, reports to the European Parliament on the country’s internal affairs and conveys views from Brussels to Ankara.

Our discussions covered multiple topics, including a recent resolution by the European Parliament calling for a temporary freeze of accession talks last year, the recent spat between Turkey and the Netherlands, and the EU-Turkey deal to address the refugee-migrant crisis. I also asked her about Brussels’ broken promises to Ankara and future co-operation among others. Here’s what she had to say.

Describe the current condition of the EU-Turkey relationship?

“Tense. Anyone following the news, either if you’re a citizen in Turkey or in the EU would agree that the relationship has known better times than we are in now. Since 2004 both the EU and Turkey have gone through a tremendous transformation. The beginning looked like very promising reforms, but in the last three years and especially in this year we see Turkey moving further and further away from the EU, but we also see citizens on both sides indicating that the accession process has lost a lot of credibility compared to where we were in 2004.”

“In Europe we also had elections in some member states including mine when Turkey came up in a very negative way and also during the Brexit referendum. On the other hand also in Turkey, during the current constitutional referendum campaign we hear the President [Recep Tayyip Erdoğan] calling his most important political partners “Nazi remnants”. This is not very helpful for the relationship.”

Could both sides ban each other’s official visits in future?

“I hope not. Last November I was told that I was not welcome at a meeting in Ankara by the Turkish Government, but I was able to visit the country a month ago, and although the meetings were not as broad as they used to be, at least I did have a meeting with Deputy Prime Minister Mehmet Şimşek. And of course because of my role as Rapporteur, I never think banning is a good thing.”

What about the forbidding of Turkish Foreign Minister Mevlüt Çavuşoğlu from landing in the Netherlands and the deportation of Turkish Family Affairs Minister Fatma Betül Sayan Kaya?

“When it comes to Turkish ministers wanting to go to EU countries, first of all Turkish law indicates that Turkish politicians cannot campaign outside of their country. Secondly, no Turkish minister would ever be banned from an EU country from having meetings [between governments] about EU accession, economic development and anti-terrorism co-operation, I can guarantee you this would never happen, there will always be dialogue.”

“What happened four days before the Dutch elections after the Dutch Government indicated that they did not want Turkey to bring its referendum campaign into the Netherlands, which has 400,000 Dutch-Turkish citizens, happened because we do not want the same polarisation affecting Turkey to affect these citizens in our own communities. Despite these signals, the Turkish Government did go ahead.”

How do you view the impact of bad relations between Turkey and individual EU countries on Turkish-EU relations as a whole?

“Well the European Union is 28 member states, so automatically if you have a bad relationship with some of them, because foreign policy is made on the basis of unanimity in the EU, it creates an obstacle for dealing with Brussels, as there is not one person to negotiate with, but 28 members. So if you pick a fight with the biggest member, which has been happening between Turkey and Germany recently, you can’t think that you will have a good relationship with the EU 28. Ultimately one thing affects the other.”

How long are tensions between Ankara and Brussels likely to last?

“I assume irrespective of the outcome of the referendum in Turkey, whether it will be a yes or a no, I think that the chances that Turkey might go for a new election are quite big, and again this means that the polarisation and harsh rhetoric against the EU in Turkey will continue. This will not be easy to forget. But if we would see a normalisation of the situation in Turkey with greater respect for the rule of law and democracy, Turkey would also feel this [normalisation] in the approach coming from Europe.”

What about the EU-Turkey refugee deal?

“When the deal was made, the EU was ready to promise anything as long as there would be a deal. When it comes to the refugees, we did not appreciate and praise Turkey enough for what they did by hosting millions of refugees mainly from Syria, but also Iraq and Afghanistan for 5 years. The EU only wanted to engage the problem when it came directly to Europe, which is not a fair policy to a strategic partner like Turkey.”

Will there be visa-free travel in the Schengen Zone for Turkish citizens?

“On the visa issue, I would have hoped that Turkish citizens would have been granted visa-free travel 10 years ago, just as we gave to Georgia and Ukraine. But I am convinced that the moment Turkey fulfils the remaining 5 criteria, we will also grant them visa free travel.”

And what of the broken EU promises to Turkey?

“Of course there were some promises made which the EU did not keep, like large scale re-settlement of refugees from Turkey. We have only re-settled a bit more than 2,000 people in the last 12 months to 28 member states while Turkey is still hosting [around] 3 million. So it is absolutely true that the EU did not – or did not yet – deliver on this part of the promise.”

Should the EU be offering more financial support to Turkey?

“What I myself am pushing for here in the parliament is that these funds are not just going to the Syrian refugees, but that they are going to the host communities. For that I don’t think the EU should shy away from also providing funds to local governments in Turkey as these are the people who are providing services to Syrians just as much to the Turkish people living there. We should address these people as one community, not just the refugees, to show that Europe also cares about the host community [i.e. Turkish citizens], so I think there is a lot improve but it’s not true that the money is not being spent.”

“Turkey could use and deserves extra investment from the EU.”

Is there any prospect of Turkish EU Membership?

“The decision we [the European Parliament] reached in November to temporarily freeze accession talks [with Turkey] because of the severe situation of fundamental rights was not because I don’t believe in accession, it’s because I do believe in it, and I do believe it’s about values, it’s not about joining an economy, you’re joining a community based on values, which means there are limits even if you are a candidate country. But of course, it takes two to tango and the EU has made many mistakes in the past when it comes to the accession process, we haven’t been fair always, so there’s a lot to say from Turkey’s side that there has been a double standard from the EU.”

“We have to come to the realisation that at this moment we cannot talk about integration with Turkey because we don’t see a willingness also from the Turkish side to move on in that process. On the other hand it [Turkey] is too big of a country to ignore, so it’s more of a pragmatic approach. I’m not saying this is the end of the accession process, but we have to be realistic at this moment.”

Where do you see future EU-Turkey co-operation?

What’s your message to Turkish citizens who still want Turkey to join the EU?

“My message, I can only give this personally, is that for me, Turkey will always remain a candidate to the EU and I will strongly always believe in that process, my criticism is not directed to the Turkish population.”

“I think that as long as Turkey is a candidate member of the EU, and I think it will be for a long time, our main priority will always be the quality of democracy in Turkey and respect for fundamental rights, and that means we won’t let those people down. But we are not the Turkish Government and we cannot replace the Turkish Government so we also have to be realistic, but they know they have loyal friends here.”