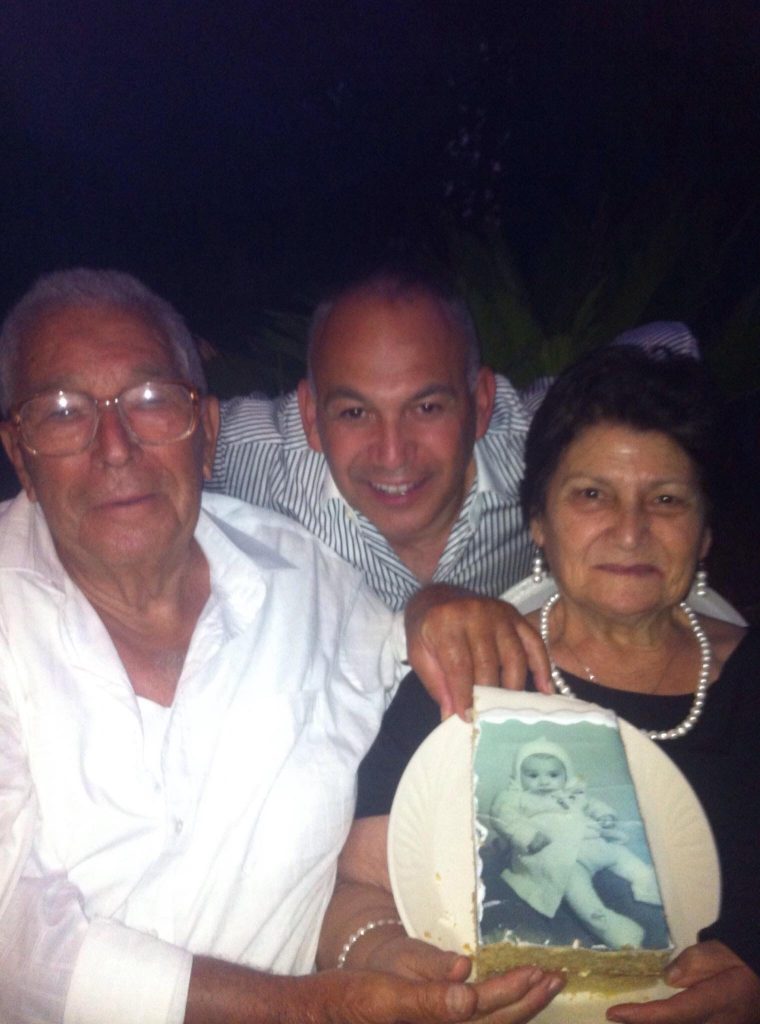 Originally from Yeşilırmak, in Lefke, northwest Cyprus, Cavit Mustafa Kannur was a model citizen and family man. Two years ago, this long-term resident of Güzelyurt was killed in a car accident by the Cengiz Topel Monument on the Güzelyurt-Lefke main road.

A 19-year-old driver, Deniz Avcu, was travelling in the opposite direction, from Gemikonağı towards Güzelyurt when she allegedly lost control of her car, ploughing across the road and into Mr Kannur’s oncoming vehicle.

Following his tragic and untimely death on 26 August 2015, Mr Kannur’s family have repeatedly pressed for answers and justice. Although the fatal accident was investigated and the evidence compiled months ago, the case has been plagued by numerous adjournments.

It is an all too familiar experience of the Turkish Republic of North Cyprus’s (TRNC) legal system, but the lack of slow progress in this case is woeful even by TRNC standards. The delays have created unnecessary stress for the Kannur family, who are still coming to terms with the loss of their husband, father and grandfather.

A fortnight ago, the Kannur family were told a trial date has been finally fixed, with the hearing set to start this Monday, 13 November.

I talked to the deceased’s son, Enver Kannur, an accountant based in London and a well-known face in British Turkish circles, about why there was such a lengthy hold-up on what should be a cut-and-dried case.

Tell us about your father Cavit Kannur

He was born on 2nd January 1936. His family lived in Yeşilırmak. When my father was 12, he moved from the village to neighbouring town Lefke, where he attended the local junior high school. From there, he moved to the capital Lefkoşa in 1951 to study at the Ticaret Lisesi (Commercial Vocational Lycee). After finishing his studies at the Lycee in 1954, he moved to Limassol and got a job as a Customs Officer when Cyprus was still under British Administration.

Soon after, my parents got engaged and in 1959 they were married. The following year they decided to come to London and my dad studied for a HND (Higher National Diploma) Business at Tooting College, which is now part of South Bank University. He spoke three languages – Turkish, English and Greek – fluently and when he visited his old college about 10 years ago, they treated dad like royalty.

Like others in the Turkish Cypriot community, my parents were regular visitors to the Cemiyet (Community) building on D’Arblay Street in Soho. In 1963, they decided to move back to Cyprus and set up home in Polemitya, also known as Binatlı, in Limassol.

Unfortunately, the 1963-64 troubles broke out [in Cyprus] and dad lost all his savings. He had set up as a merchant and had started to ship potatoes to UK Borough Market. But because of the blockade [on Turkish Cypriots] the business fell through.

Between, 1964 and 1974 he became a wholesaler of fruit and vegetables in Limassol. And from 1971 to 1974 he also provided visa services to Turkish Cypriots wanting to emigrate to the UK, Australia and beyond. During this time he was very active socially. He was the chairman of the local athletics and football teams.

In 1974, he was captured by Greek Cypriot forces and spent 101 days as prisoner of war. As soon as he was released as part of the [prisoner of war] exchange, the whole family moved to Güzelyurt. I remember us moving in the back of a potato truck!

Dad carried on with his wholesaler business, focussing on sales in Güzelyurt and Magosa [Famagusta] during 1974 and 1979. He then opened a shop in Güzelyurt, where he sold items not commonly found in Turkey, which was popular with Turkish soldiers stationed on the island and Turkish tourists.

Between 1999 and 2015, he turned to farming. It was mainly a hobby to keep himself healthy and busy. At times it was very hard work, which kept him very fit. In fact the only health problem he ever had was in 2013, when he struggled to breathe. They did a minor operation and told him to take a daily pill to make his blood thinner.

Politics also played a part in dad’s life. He served as a local councillor between 1975 and 1980 on Güzelyurt Town Council. He was also one of the founder members of the Democratic Party, which was formed in 1992. After his move to North Cyprus, dad also did several terms as chairman of Binatlı Yılmaz Spor Kulübü – the local football team whose name reflected the roots of many of the original members of the sports club.

I always maintain that I get my sense of duty to the community at large from what I saw from my father.

How did your father die?

On the day of the accident, I spoke to him at 12.30 Cyprus time from my office. A short while later, he set off from Güzelyurt and was travelling towards Yeşilırmak. My dad was never one to speed; he always travelled just under the speed limit.

As he was approaching Gemikonağı – it was around 2.30 Cyprus time – a car travelling in the opposite direction, driven by a teenage driver who had not long been in the country, hit the roadside kerb by the Cengiz Topel Memorial and lost control of the car she was driving. Her car slammed into my dad’s van, with the biggest impact by his door and the front tyre. The car’s front side just crumpled.

She got away with minor injuries, but my dad was trapped in the car. He was alive, but they had to call a fire engine from Güzelyurt to cut him free as the unit from Lefke didn’t have the required tools.

Dad was seriously injured and was taken to the main hospital in Lefkoşa by ambulance. Due to the pill he took daily, the doctors decided it was too dangerous to operate on him immediately. He arrived at the hospital about 6pm and passed away at 10pm the same day.

What else do you know about the accident?

The local police came to the scene immediately. The duty sergeant identified the car driven by the teenage female driver as belonging to one of his colleagues and immediately called a traffic unit from Güzelyurt to take over the investigation unit. He clearly didn’t want there to be a conflict of interest and it’s good to see there are such professionals among them [the TRNC police].

“I personally have lost faith with the TRNC and its justice system. The society there is broken while there is no respect for the rule of law”

We subsequently found out that the wife of the police officer whose car was involved in the accident runs a car rental business. However the car in question was not a Z car – the registration given to all hire cars in North Cyprus – even though the car’s former owner claims he sold the car to this firm.

When questioned, the teenage driver claims she was ‘a friend of the owner’ and that he had ‘allowed her to use his car for a day’. It’s like she’s being coached to protect both herself and the owner of the car.

Also, we were concerned to learn that the young driver did not give a blood test after the accident. Blood tests are compulsory for drivers involved in fatal accidents in North Cyprus.

Where has the investigation got to?

The investigation was completed long ago! The savcı (prosecutor) who is responsible for bringing the case to trial told us this when we met him last year. He assured us that the file was ready, but as there were more urgent cases, our dad’s trial had been delayed, but that it should start within a few months.

Unfortunately, it’s not been possible to get through the hearing stage, which is needed to formally set a date for the trial. Every time it’s scheduled, the actual hearing date keeps getting postponed. We noticed the postponement tactics first started at the magistrate’s court.

The hearing should have been presented at Lefke Magistrates’ Court and sent to Nicosia (Lefkoşa) Criminal Court within two months [of the investigation being completed]. Just this phase has taken ten months.

As far as we understand, my father’s case is the only one left from 2015 that has yet to be tried at court.

Why is the case constantly being postponed?

I flew out to Cyprus to attend one. The defence lawyer for the accused said it was not possible to proceed as they ‘had not been given the copies of photos of the accident scene’. I could see the judge was frustrated, but was obliged to postpone. Unbelievably, the defence lawyer has used the same excuse four times at the magistrate’s court, forcing a delay each time.

No one has given us a rational explanation about why [there are all these delays]. One theory is that the student is trying to get the court hearing delayed until she completes her studies at Lefke University. It’s a real mystery why the the savcı keeps agreeing to the defence lawyer’s request to defer the case. And when my brother has questioned it, he is threatened with jail time by the savcı!

A hearing at the Criminal Court last month again lasted for just five minutes. This time there were no excuses except the defence lawyer and savcı agreed they needed “more time” to prepare the case.

It’s got to the stage where we have no confidence in the legal system. I mean, what are all these delays about? Are they trying to get the case thrown out due to a lapse in time? We may reach that point if they wait for the accused to finish her degree. When I was there over the summer, I was told she’s yet to be formally charged with a driving offence.

How is this all impacting on the family?

Unfortunately, we have been forced to wait for the wheels of justice to turn in the TRNC. We can’t even bring a private prosecution as this can only happen once the criminal case is concluded. So for the past 26 months we have been just left waiting in limbo.

It’s bad enough losing our dad this way, but the fact we can’t even get justice for him is really hurting all of us, especially my mum. She’s really distressed.

My brothers and I are furious that as a family we cannot grieve properly and come to terms with this accident while this court case drags on and on.

I personally have lost faith with the TRNC and its justice system. The society there is broken while there is no respect for the rule of law.