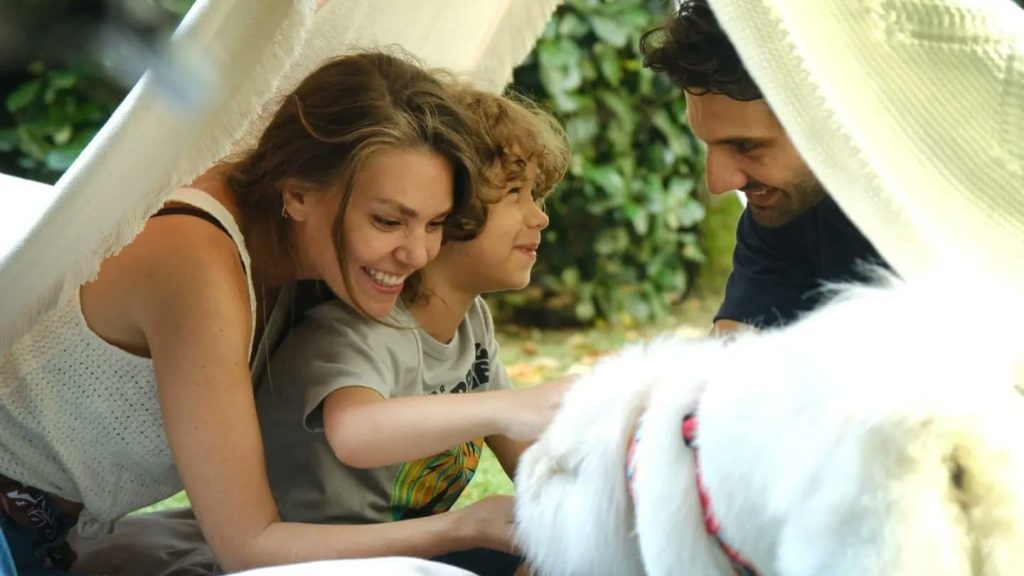 ‘In Good Hands’ (Sen Yaşamaya Bak) is a Turkish drama/romantic comedy on Netflix. My  excitement of watching this new release transpired to be misplaced, as the film is rather underwhelming.

The plot is spoon-fed to us right off the bat. Melisa (Aslı Enver) learns that she is terminally ill with “give or take 4 or 5 months”, her doctor’s words, not mine.

She takes the news quite well, but is highly concerned as a single mother about her son Can (Mert Ege Ak), who we find out to be a little possessive over his mother due to their extremely close bond. “Will her son be in good hands once she’s gone?” is the big question.

After a few unpleasant ‘encounters’ with a man called Fırat (Kaan Urgancıoğlu), who exudes arrogance and the endless pestering from her friend Fatoş (Ezgi Şenler) regarding the lack of a man in her life, Melisa feels prompted to pursue Fırat. Why she believes Fırat will be the perfect guardian for her son is questionable, like many of the decisions our protagonist seems to make initially.

Melisa and Fırat start falling in love fairly quickly, even a very stubborn Can forming an almost father-son relationship with Fırat.

Frankly, the pace at which the three main characters form such a close connection is hurried to the point where it comes off as exaggerated, leaving you to think how unrealistic it all is.

The chemistry between Melisa and her son is probably the best part of this film, as it portrays the genuine love between a mother and son.

The rest is everything you expected, with the exception of the sole plot twist, which doesn’t do much twisting unfortunately and the movie progresses just the same.

The characters are archetypal to a T ‘In Good Hands’, which meshes together every conceivable emotional cliché creating a film riddled with purposeless scenes to fill the allotted time. If this was an adaptation of a Wattpad story, I would not be surprised.

No doubt the film intended to kindle emotion and was truly made with care by director Ketche (Hakan Kırvavaç) and script writer Hakan Bonomo. Yet the poorly incorporated CGI, scene editing and music arrangements further prove the point that some ideas should stay in the drafts forever.

On one hand, there is a beautiful message for those who might be dealing with the loss of a loved one. Yet, even with the protagonist and her son’s ultimate fate being emphasised throughout, the film only succeeds in having impact through the mother and son’s last scene together.