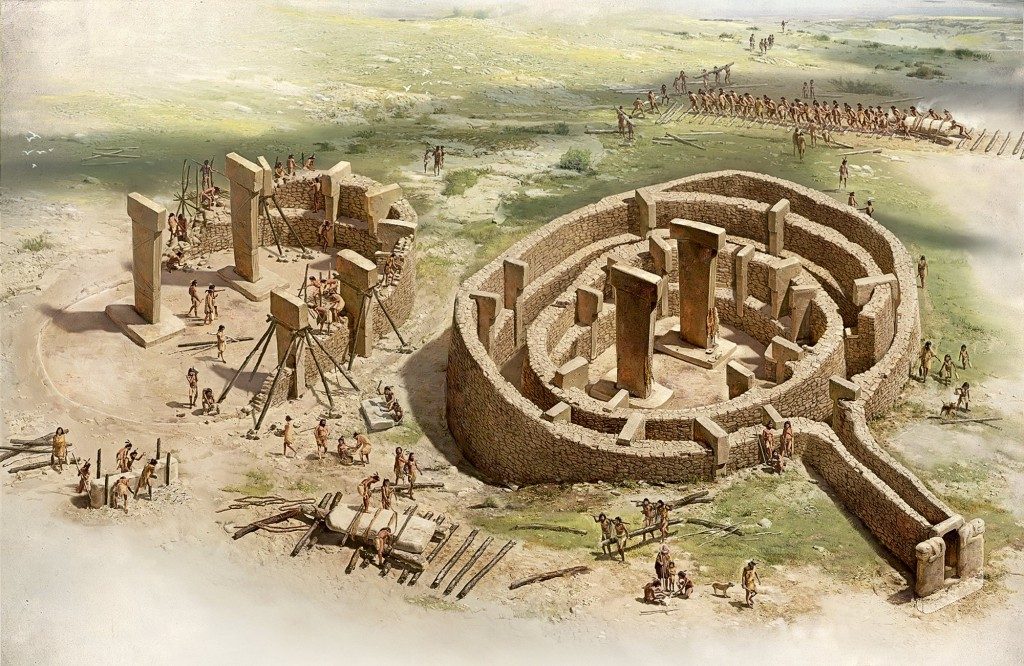 Göbekli Tepe [‘Potbelly Hill’] lies some 15 km east of the city of Şanlıurfa, in the Germuş mountain range. This prehistoric site is dated to between 9,500 and 8,000 BC and is regarded as home to the earliest megalithic monuments in the world.

Some 6,000 years older than Stonehenge in the UK, the monumental buildings at Göbekli Tepe were constructed of limestone and feature large monolithic T-shaped stone pillars, some of which carry breathtaking imagery, including carved depictions of wild animals.

The site in southeast Turkey was constructed by humans during a period commonly referred to as the Early Neolithic, when humans made the transition from hunting to gathering and farming, a process known as Neolithisation. This region of Turkey is the centre of early Neolithisation and the fact Göbekli Tepe was erected here at this time makes it especially important for archaeologists. Its carved imagery, in particular, provides us with unprecedented insights into the beliefs of the last hunter-gatherer populations to have lived in Şanlıurfa some 11,000 years ago.

Dr Lee Clare is a research lecturer at the Orient Department of the German Archaeological Institute and the co-ordinator for the fieldwork at Göbekli Tepe. Later this month, he will be giving a special talk about this unique site over a lunch in central London hosted by the Turkish Ambassador’s wife Esra Bilgiç, who is the honourary President of the Association of Turkish Women in Britain (ATWIB). Dr Clare will give an overview about the outstanding universal value of the monuments at Göbekli Tepe, and also try to answer who built them and why.

Proceeds from this fundraising event will be shared between DMEDD (an association formed in 1981 to support the spouses and families of Turkish diplomats murdered while on duty) and an educational charity supported by the ATWIB.