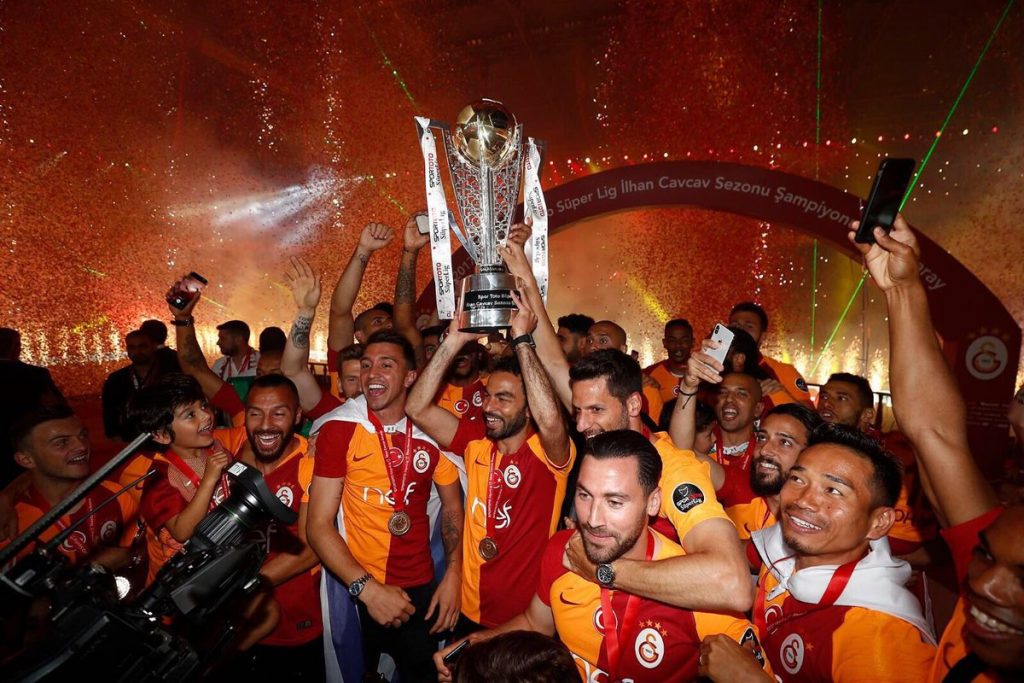 There was jubilation for Istanbul club Galatasaray on Saturday night after beating İzmir side Göztepe 1-0 away from home to confirm their triumph in this year’s Süper Lig (Super League). It means the club has won the league title a record 21 times.

Galatasaray is one of Turkey’s big football clubs, regularly picking up silverware. They last won the league in 2015, but have been off the pace for the last few years, with arch Istanbul rivals Beşiktaş winning back to back championships in 2016 and 2017.

This year’s title race went to the wire. Galatasaray’s closest rivals Fenerbahçe and Başakşehir needed to win and hoped the front-runner would slip away from home. It was not to be. Although Fenerbahçe beat Konyaspor 3-2 and Başakşehir beat Kasımpaşa 3-2 on 19 May, a second-half spot kick by French striker Bafetimbi Gomis secured Galatasaray the title and automatic qualification to the group stages of the Champions League.

Much credit is due to manager Fatih Terim (pictured below), nicknamed “Emperor” by fans, who calmly helped steer the club to record success. He took up his fourth stint at the club on 18 December 2017, when the club were second. Terim’s coaching record at Galatasaray is formidable, leading them to win seven Süper Lig titles, two Turkish Cups, four Turkish Super Cups, and the UEFA Cup in 2000.