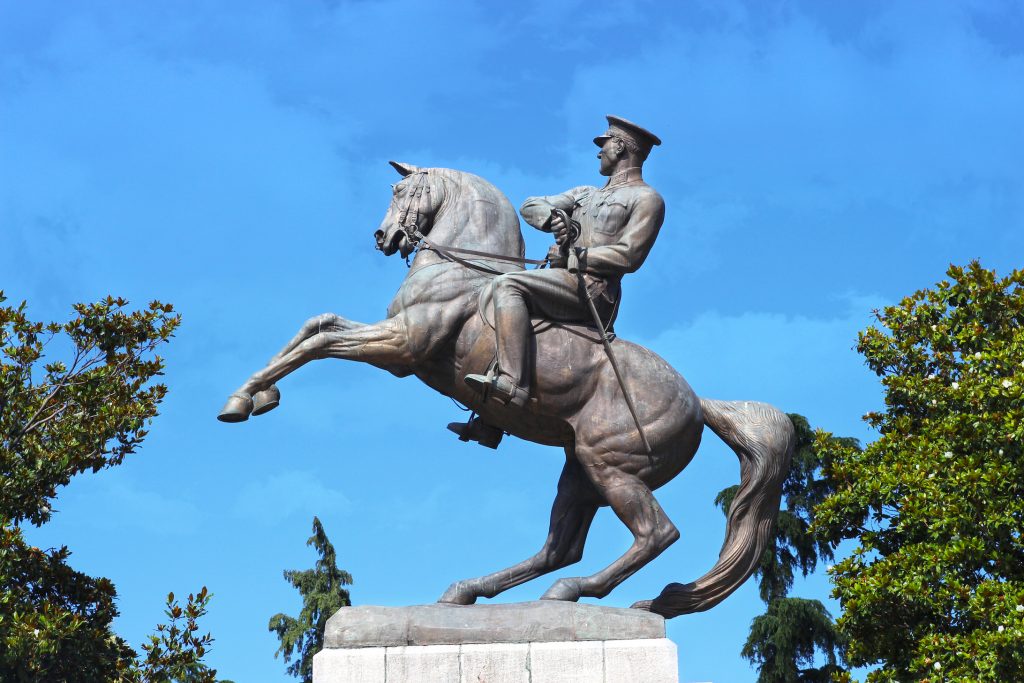 The Council of Turkish Cypriot Associations and the Turkish Language and Education Consortium have announced a special competition for Atatürk, Youth and Sports Day.

This year, the day also celebrates the centenary of Turkish military commander Mustafa Kemal’s landing at Samsun on the Black Sea on 19 May 1919, which marked the start of the four-year long Turkish War of Independence.

The Turks emerged victorious from the war, expelling the foreign powers which had invaded the crumbling Ottoman Empire. Under the guidance of Kemal, renamed Atatürk (father of the Turks) by the people, they declared a new, secular republic.

The date 19 May was gifted by Atatürk to the country’s young people, in whom he trusted to not only defend its borders but also its values. In 1938, the state decreed that 19 May was to be an annual Youth and Sports Day. Some forty-five years later the Turkish authorities added ‘Atatürk’ to the title of this public holiday, to ensure the link between this great man, his epic landing at Samsun and Turkey’s young people remain firmly connected.

Each year young people in Turkey, North Cyprus and the Turkish diaspora celebrate the day by singing the Turkish national anthem, reciting poems, holding parades and sporting events, and traditional cultural activities such as folk dances and plays to commemorate the national struggle.

In the UK, to mark this centenary young people are invited to write a poem in English or Turkish to recognise the importance of this war and Atatürk, and/or the importance of youth to the wellbeing of society. There are four categories:

The competition is supported by the Education Attaches from the Turkish and TRNC Embassies in London. A jury of five will pick the winning entries, which will be published in CTCA’s festival programme that is seen by thousands of people. The winners will also receive a small prize for their poems.

The competition deadline is 10 May 2019. Entries should be sent by email to info@ctcauk.comwith ‘19 Mayıs Competition’ in the subject line, and the entrant’s name and age in the email, along with their poem.

Main photo, top: monument dedicated to Mustafa Kemal’s landing in Samsun on 19 May 1919, which marked the start of the Turkish War of Independence. Photo © canctl / shutterstock, July 2017