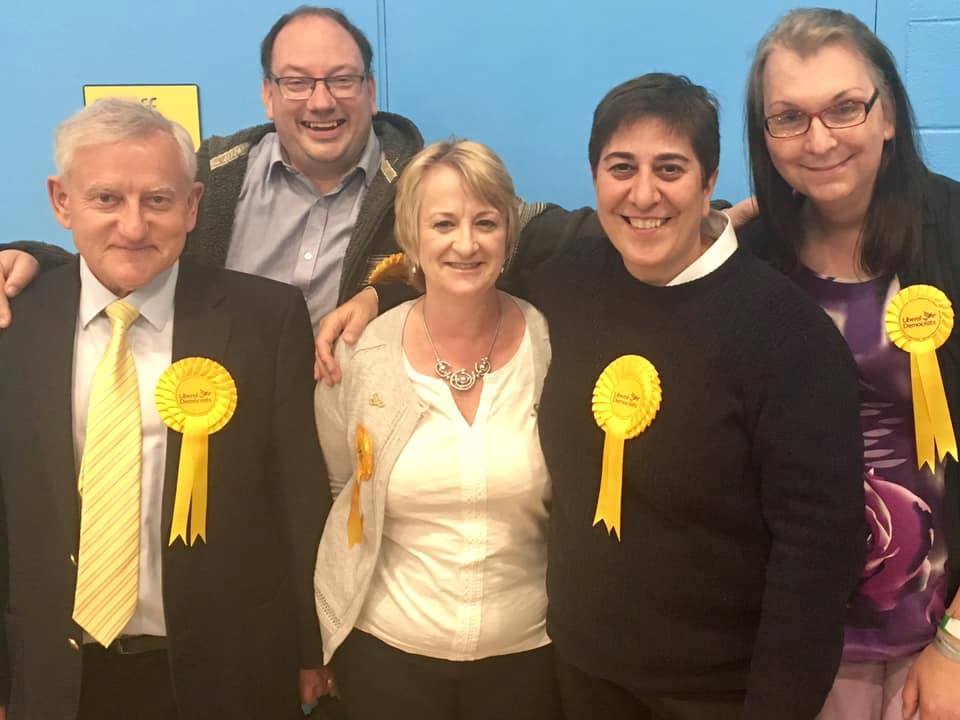 A FORMER London based Turkish Cypriot journalist has been elected as a Liberal Democrat District councillor in South Norfolk in recent local elections.

Suzanne Nuri-Nixon was elected for South Wymondham as both a Town and District councillor after the elections on Thursday, 2ndMay, which saw huge Conservative losses around the country.

After counting was completed in South Norfolk on Friday afternoon, Suzanne and her local team eventually saw five Liberal Democrats elected and reduced the Conservative majority at both District and Town level. The success paralleled those of other local Liberal Democrats up and down the country, with North Norfolk becoming a Liberal Democrat stronghold.

“I am delighted for our party and particularly our team who worked so hard to get our message out to local residents” said Suzanne.

“Both our District and Town have had years of Tory rule and we knew they were taking local residents for granted. And we saw many spoiled ballot papers citing Brexit as a big problem for voters. There is no doubt in my mind that these elections mirrored a vicious backlash against the fiasco around Brexit at Westminster.

“Our consistent message was that local people should demand better, and by voting for myself and my colleagues, they have put their trust in us to listen and act on their concerns.  Now the real work begins”.

Suzanne won election to the District council with 712 votes, 255 ahead of her nearest rival. She also has a seat on the Town council with 351 votes.

Local elections in the United Kingdom were held on Thursday 2 May 2019. 248 English local councils, six directly elected mayors in England, and all 11 local councils in Northern Ireland were contested. Full results can be seen here.